Up close and personal with the TTC's new bendy bus

If you like riding a bus, the TTC is pretty sure you will love its new high-capacity articulated vehicles. The $143.7 million fleet of 153 new diesel people movers are the "Cadillac" of surface transit, according to the man whose job it is to train new drivers.

Starting in December, the flexible buses will begin to appear on the 7 Bathurst route, shortly followed by the 29 Dufferin in January. The 36 Finch West, 63 Ossington, 6 Bay, 85 Sheppard, and 53 Steeles routes will follow in 2014. 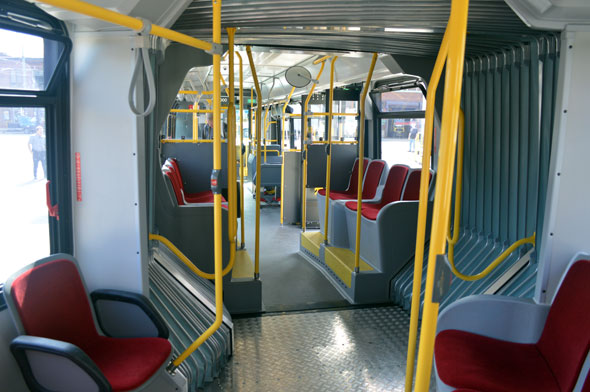 "I like this bus, I drive them all ... out of all the buses this is my favourite. It's smooth, you get a lot better motion off the stops ... it's a nice ride," says Mike Franklin, the instructor charged with training drivers.

For passengers, the buses come with new padded seats, all-door boarding with Presto, and some extra lighting, but really this is just a stretched out version of current city buses designed to mitigate bunching on busy routes, a problem TTC CEO Andy Byford says he's "determined" to fix.

"The wait time will be marginally longer but the big upside is that if we run much bigger buses that are quicker to alight from the actual time they'll spend at the stop will be cut by some margin, and we'll be able to operate them much more reliably," he says. 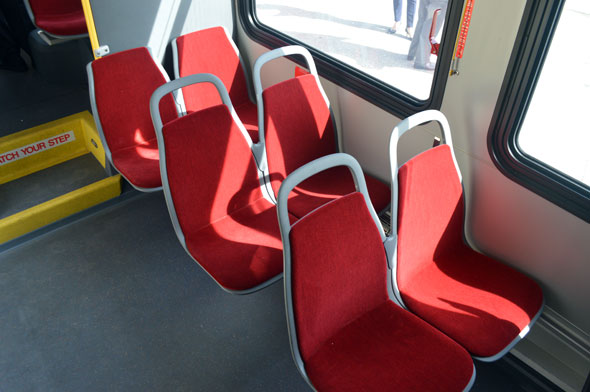 The TTC flew too close to the sun with its previous fleet of Icarus articulated buses. The vehicles, introduced in 1987, quickly rusted and were removed from service in 2003. Since then, overcrowding on busy surface routes has worsened.

The artics can hold 77 passengers, 48 seated and 29 standing, which is a 45% increase compared to the current 40-foot buses, the TTC says.

"This year we have record ridership, 526 million riders, so we're a victim of our success and it's causing us now to re-invest in new buses, new subways, new streetcars, light rail, and very exciting new equipment riders can benefit from," said TTC Chair Karen Stintz. 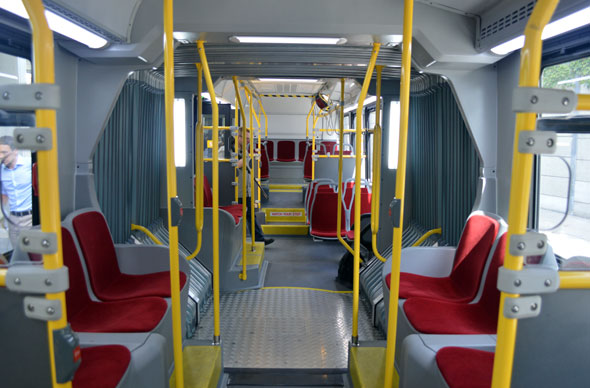 "As you know, the mayor's basic approach to transit is: 'subways, subways, subways.' but we all know surface transit carries as many if not more passengers than the subway does at present," he said.

"On the issue of surface transit, the mayor is obviously very supportive of the bus system ... it is a very impressive vehicle." 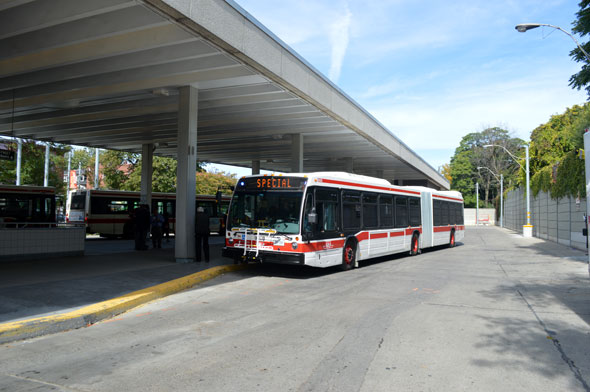 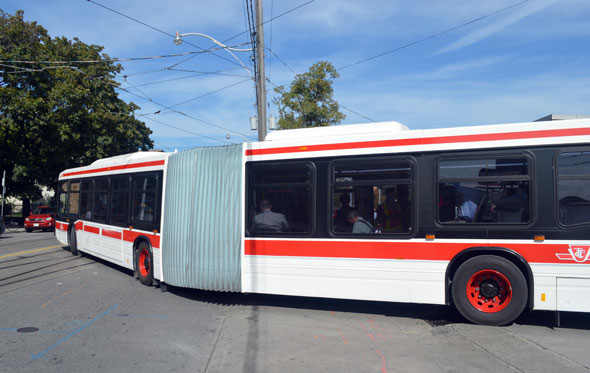 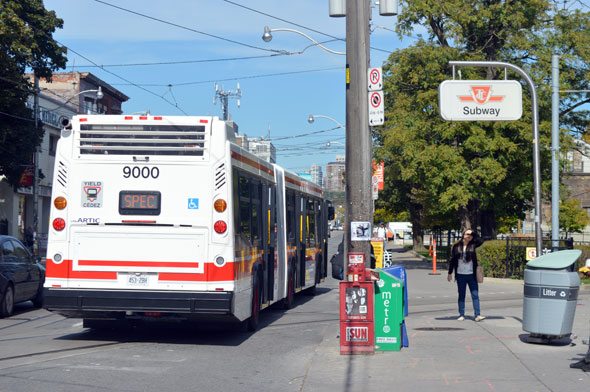 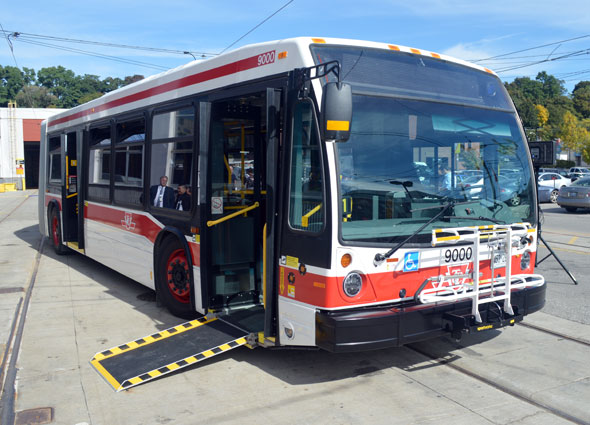