This is what Eglinton Avenue could look like in 10 years

The City of Toronto is honing its vision for Eglinton Avenue in the age of the LRT. When the $4 billion Eglinton-Crosstown opens in 2020, the city hopes to weave its new rapid transit links with development around major intersections, beautification projects, and protection for the street's complex and varied heritage.

With input from the public, city planners are preparing "Eglinton Connects," a blueprint for how the street will be developed in years following the arrival of rapid transit. It's almost complete, and, if approved, the changes could be striking.

Major intersections and LRT stops will become targets for high-rise development but the street will remain mostly low- to mid-rise where appropriate, says Lorna Day, a project manager on the planning study. A separated bike lane from Brentcliffe Road to Kennedy is also on the table, nestled among a forest of new trees.

Eglinton is the only street in Toronto that passes through all of its former boroughs, through residential areas, mid-rise clusters, and more developed pockets around major intersections. "Eglinton exhibits every major form of urbanism found in Toronto," the preliminary report notes. 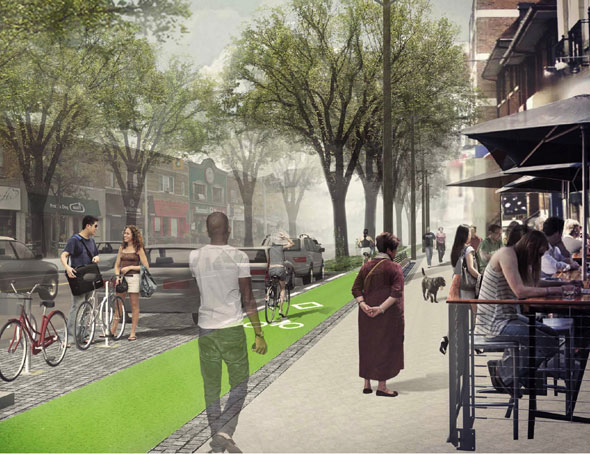 "We're trying to get ahead of the growth that we know is going to come as a result of the Crosstown," Day says. "We probably would have gotten to it anyway, but now we've got some detailed ideas about what's going to happen."

When the LRT arrives, it will replace the high-occupancy lanes on large portions of Eglinton, freeing up space for wider sidewalks, bike lanes, and improving the flow of auto traffic. The staff working on Eglinton Connects have made installing a tree canopy and other environmental features a priority, too. 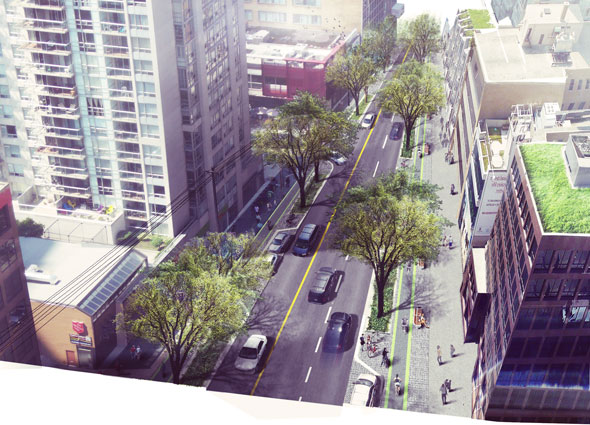 The study covers three themes: travelling, greening, and building, but it also hopes to manage Eglinton's heritage. Where there are buildings or other features of value, Day says planners will attempt to keep new buildings in proportion. It will also seek to recognize buildings that haven't been given official protection under the Ontario Heritage Act.

"We've done a lot of consultation, we've had a lot of really good conversations with communities all along Eglinton ... we're putting out these recommendations in draft form to ask people 'did we hear right and did we get it right?'" The final report will be presented to city council next spring for debate and approval. 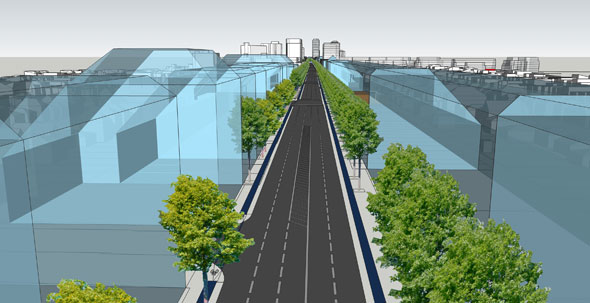 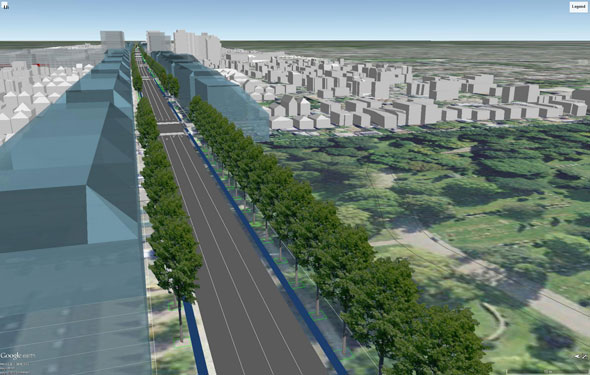