Condo of the Week: 201 Carlaw Avenue

This unit at 201 Carlaw Avenue is part of the Printing Factory Lofts condo project, which took home the 2011 Paul Oberman Award for outstanding achievement in the the field of architecture and design. From the outside, it's one of the more visually appealing residential adaptive reuse projects around town, having been built on the site of the former printing presses of Rolph Clark Stone. In fact, the original three-storey building from 1913 remains an integral part of the condominium, with an eight-story tower that rises above the historical podium. The unit in question (#129) benefits from this historical element, with the bedroom located in part of the old building, a feature which gives an air of authenticity to what otherwise might be characterized as something of cookie-cutter contemporary loft. 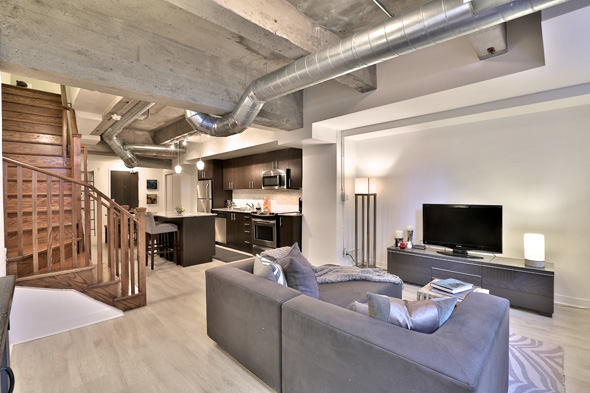 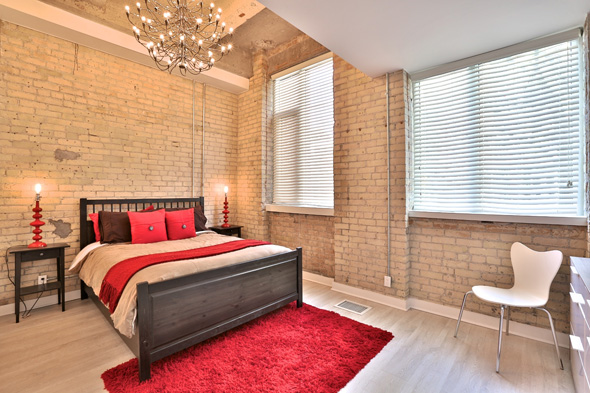 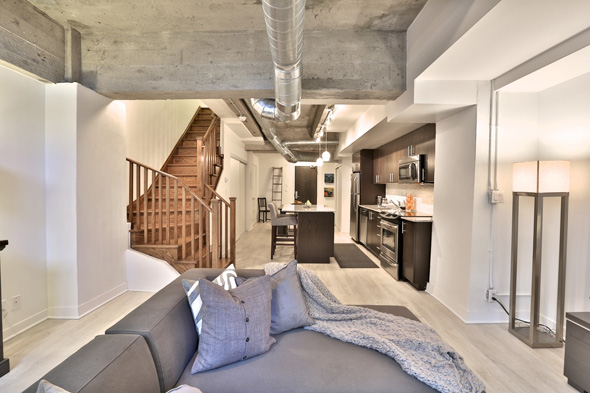 As a one bedroom plus den, this this united is geared toward the young professional (or young professional couple) who have yet to enter into the wonderful world of child rearing. While the living, dining and den areas are part of the new building, the main bedroom (it's not fair to call it a master) is located in the remaining heritage portion of the project, which will surely appeal to buyers motivated by a desire to own something that deviates from the tens of thousands of units spread across the city that, quite frankly, look alike. The cost of this cachet is, however, that your sleeping area is on the small side.

Area-wise, Queen and Carlaw leaves little to desire with the exception of subway proximity. The site of numerous developments over the last decade or so, this stretch of Queen benefits from the gradual gentrification of both Riversise and Leslieville, a process which means that you'll never be short on brunch options or watering holes. 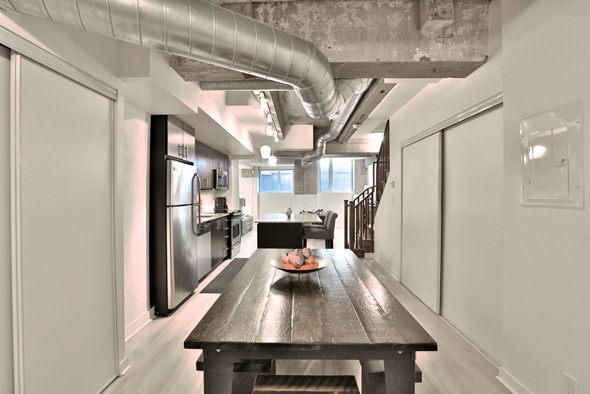 You know the space doesn't comfortably accommodate more than two, but other drawbacks to be taken into consideration include the near featureless main bathroom and the relative lack of space in the bedroom. If you're keen on the idea of occupying a heritage structure, this is the inevitable price to pay, but the pay-off isn't exactly profound either. How much is a bit of exposed brick worth to you? 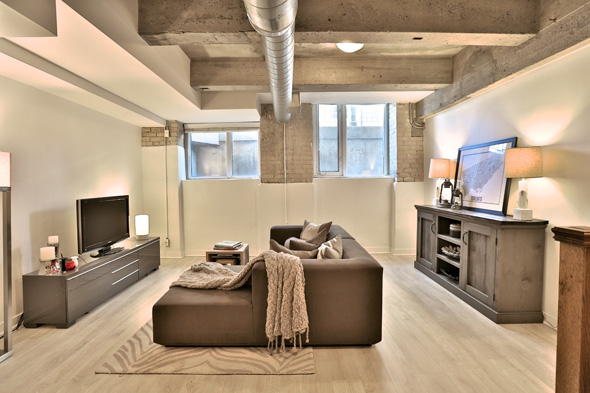 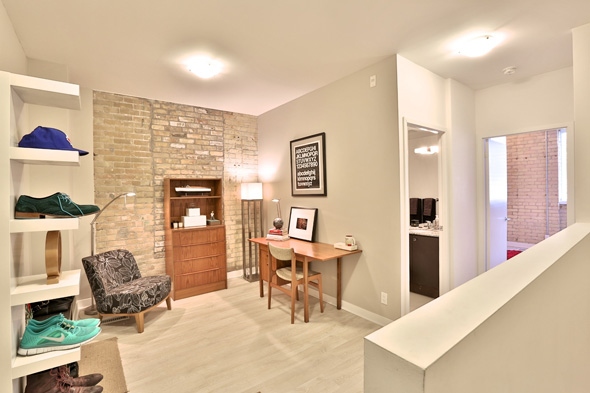 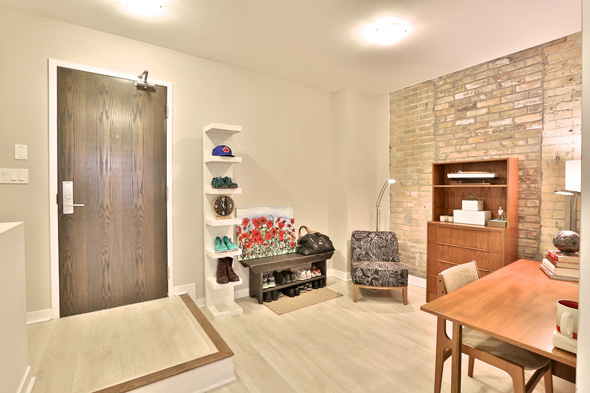 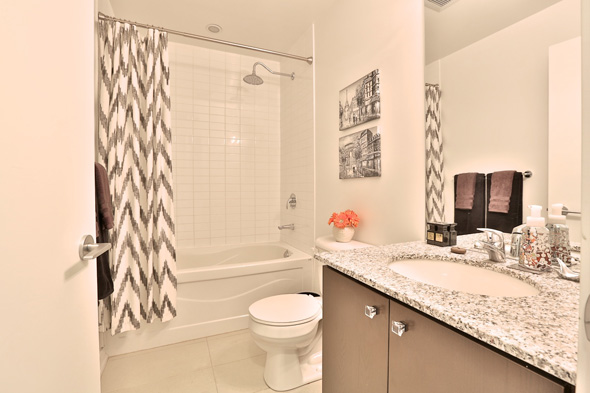 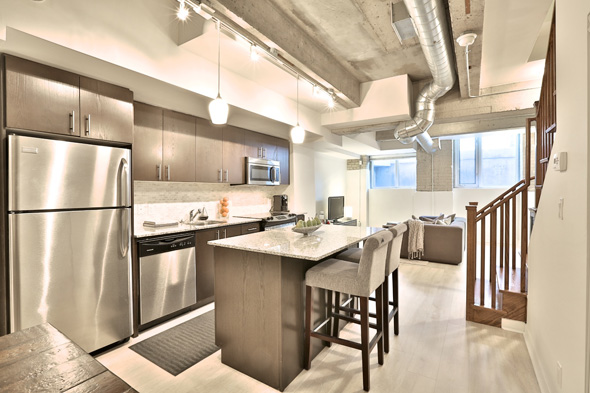 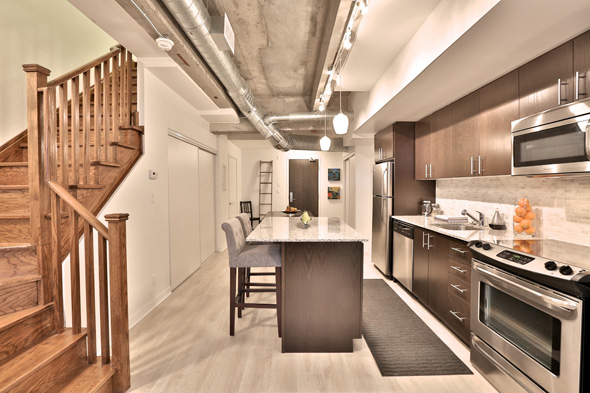 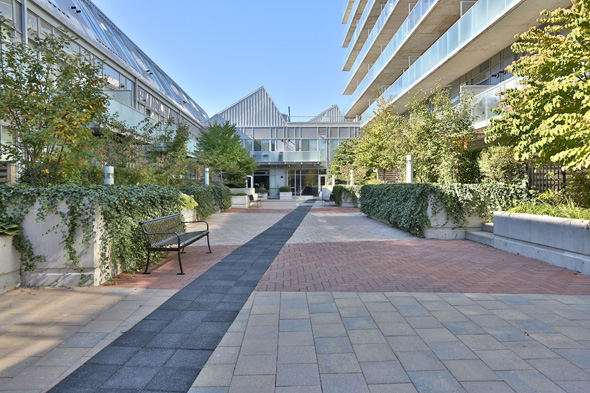 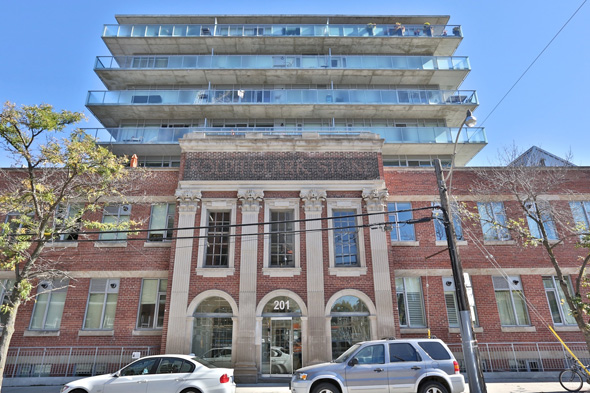