This is how to do heritage restoration in Toronto

For 161 years, Corktown has changed around the little Francis Beale Buildings at King and Parliament. Streetcars arrived, breweries and distilleries came and went, and new highways punched holes in the housing stock. Through it all, the small inn and storefront held on, crumbling and falling into ignominious dereliction as its neighbours vanished.

Now, 30 years after the last residents moved out, the building is getting a new lease on life thanks to a drastic facadist treatment funded by its owner and neighbour, Little Trinity Church. In a few months, a replica of the original structure will be complete, and hopefully no-one will notice the difference. 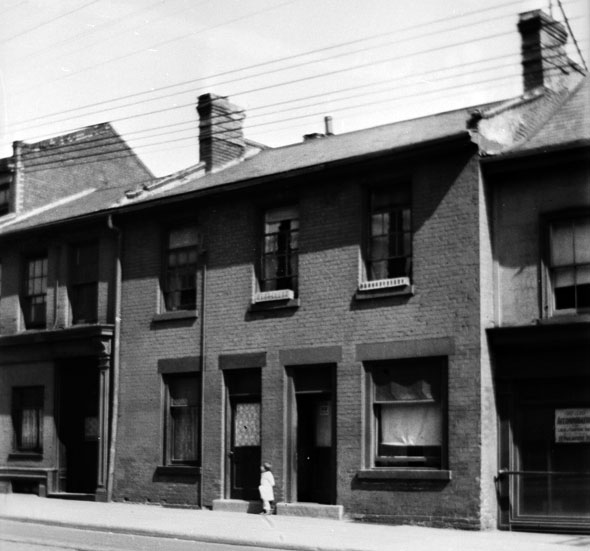 The simple, two-storey brick property was finished in 1852 in a plain Georgian style once common in the city's east end. Leslie Scott, the first owner, opened the eponymous Scott's Hotel there with Francis Beale as a tenant, possibly a manager. By 1875, Beale, a bricklayer, had taken over the buildings and was running his own inn and store out of a second, more recent, building to the east.

In the 20th century the buildings fell under the ownership of Little Trinity Church and used as accommodation, occasionally a coffee shop. Its designation as a heritage structure by the province and city failed to stop the rot and slow internal decay and it was abandoned in the early 1980s, says John Van Gent, a warden at Little Trinity Church. 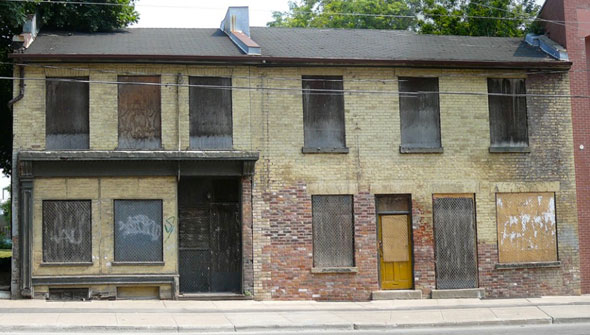 "The church went through a number of starts and stops about what to do with the property," he says. "Everything from selling it, to doing a joint venture with a charitable organization who would assist with the development, but all of it hinged around the lack of financing. The church didn't have enough money to do the renovation."

In 2008, Little Trinity embarked on a 10-year fundraising program, seeking the $4.5 million needed to bring the buildings back from the brink. The Anglican diocese chipped in $1.2 million of seed money and the rest was sourced from private donations, which it is still accepting. 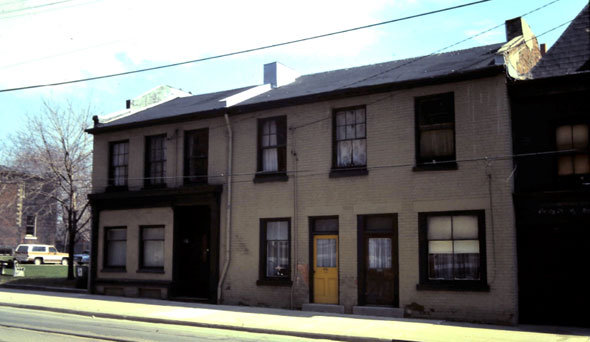 Heritage staff also called for a raised planter shaped like the footprint of the old building instead of a backyard children's play area, but eventually had a change of heart.

"It was completely ridiculous ... unless you were 60 feet in the air looking down you were never going to know what the hell the thing was." 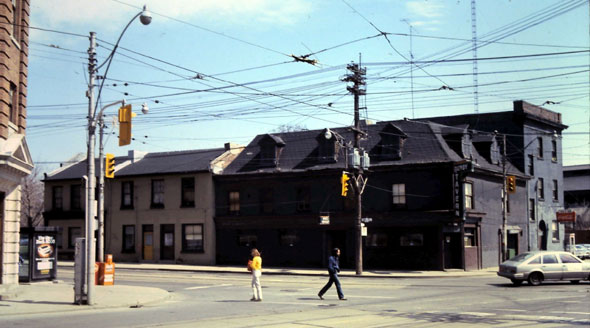 In December 2012, a team of builders led by DTAH Architects Ltd. with heritage consultants E.R.A Architects Inc. shored up the crumbling brick facade and demolished everything behind, including the old foundations. From a hole in the ground rose an entirely new structure, cleverly disguised as the very thing it replaced, plus a little extra at the rear.

Little Trinity did heed some of the city's instructions: a special lime stucco coats the east wall, which is in keeping with what the original builders would likely have used; the original windows and doorways, shifted and bricked up over the centuries, are back in their original locations based on archival photographs. 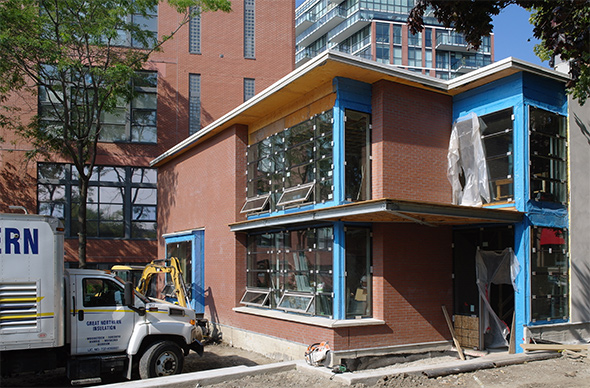 The most noticeable difference is the restored bricks facing King Street. Once lost under a layer of faded sand coloured paint, the original copper tones now shine thanks to some dedicated sand blasting.

When construction finishes later this year there will be an upstairs meeting space, new church offices, and a storefront for Little Trinity's services and programs. A Victorian home down the street the church currently uses as office space will become a Christian education centre. 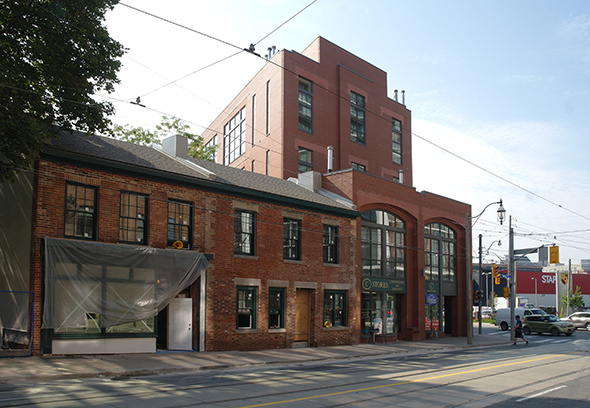 What do you think of the restored building? Is this a good example of facadism or should the church have found a way to restore the original structure?

An earlier version of this post incorrectly stated the name of the lead architect, DTAH.