A plan to knock down the faded, timeworn Hotel Waverly and the adjoining Silver Dollar music club to make way for a high-rise student apartment building is facing its first hurdle, a city staff report hostile to the tower as proposed. "The application is not supportable in its current form," says a preliminary report on an application to rezone the property.

The proposal, revealed earlier this summer by property owner Wynn Group, would see the dilapidated 113-year-old hotel at 484 Spadina Avenue pulled down for a 22-storey mixed use building. The much-loved Silver Dollar would get a new premises on the ground floor but the old hotel and Comfort Zone, the basement after-hours club, would be out in the cold. 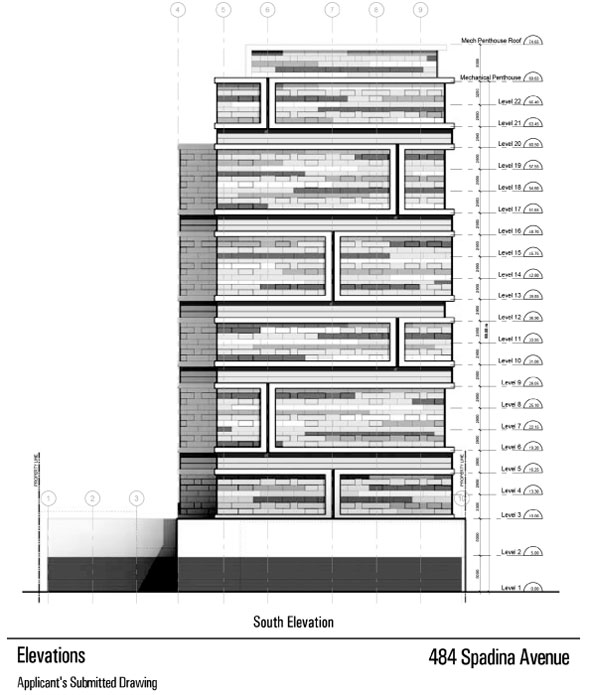 The 202 living spaces are slated to be a mix of bachelor, one-, and two-bedroom condos. Below, builders would dig three levels of parking with room for 70 vehicles. An additional 214 bike spaces are included in the designs.

Local councillor Adam Vaughan came out against the proposal early on, calling the tower a "terrible idea" that would likely beget a rooming house. "There's no guarantee students go in there," he said in June. "It's an idea that cannot and must not be replicated."

City staff felt the height of the tower, which falls under new Tall Buildings Guidelines because its roof would be higher than the width of the street opposite, is currently out of scale with the surrounding College and Spadina neighbourhood. They also have "concerns" with the scale, massing, floor plates, setback from the front of the lot - basically the whole package.

It's also not clear from an official standpoint whether the hotel is being demolished or repurposed, an important distinction in the planning department. 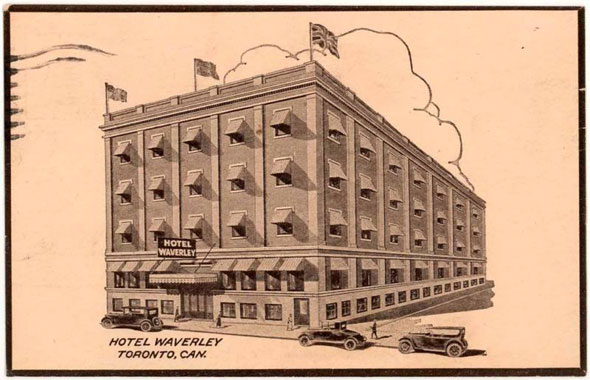 The Hotel Waverly (sometimes "Waverley") is one of the city's oldest continuously operating hotels. Canadian poet Milton Acorn lived there for many years and its battered, stained walls provide a backdrop for a persistent - and most likely false - urban myth that James Earl Ray, Martin Luther King's assassin, stayed there while fleeing cops in America.

Once a relatively upscale address offering "pleasant, homelike accommodation," the Waverly has since fallen on hard times, developing a reputation over the last 50 years as a vicious and unsightly flophouse. A brick addition tacked on to its original facade obscures the original frontage of the wood-framed structure.

Toronto and East York Community Council will have a chance to discuss the report at their meeting next week. If the tower is going to get built the Wynn Group will have to satisfy the city and get site plan approval.

The community will have a chance to have their voice heard at the mandatory consultations, which have yet to be scheduled. Do you agree with the opinions of city staff? Would you rather the Hotel Waverly was renovated?