Workers surveying the ground for what will become the new King Street East offices of the Globe and Mail unearthed brick foundations and a handful of tantalizing artifacts from a long lost Toronto house last week.

Unlike cities with a longer history of occupation, new construction in Toronto seldom turns up a rich archaeological site, so when glass containers, pieces of crockery, and even an unbroken lightbulb emerged from the muck, it felt special.

The mansion was once home to the victor in a famous and deadly duel, before falling in to dereliction and ultimately being knocked down in the 1920s, overshadowed by chimneys and smoke in the industrial east end. 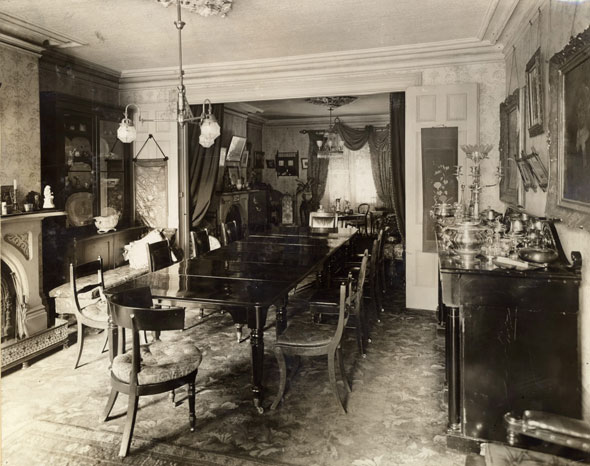 Berkeley House was one of the largest homes in the young town of York. Sitting on the corner of what was once Parliament Street, the hewn timber house was built by Major John Small, an officer in the British militia, in 1794.

At the time, York was nothing more than scattering of simple wood homes on a small street grid bound by what is now Jarvis, Adelaide, Princess, and Front. On its completion, it would have been of the first permanent dwellings in the fledgling community east of Fort York.

Major Small was the clerk of the executive council of Upper Canada, a cabinet-like office of Canada's early government. Lieutenant-Governor John Graves Simcoe said Small was "a Gentleman who possesses and is entitled to my highest confidence." As his biography points out, that was one of few compliments - he would be regularly criticized for inefficiency.

He was paid ÂŁ100 a year, a wage less than the average unskilled labourer and only slightly more than his own staff members. 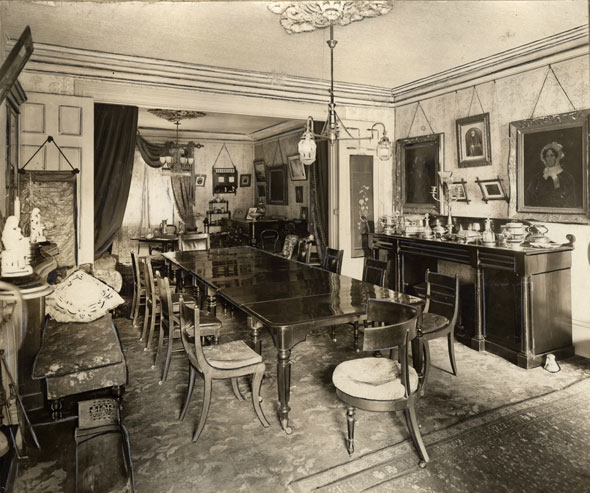 Small's most famous act, however, was his role in a deadly duel with then-attorney general John White. Major Small's wife, it seems, had publicly snubbed White's spouse at a time when social slights were taken extremely seriously (John White may also have slept with Small's wife, it's not clear.)

Mrs. White questioned the legality of Small's marriage and his personal morals in a letter that was widely circulated and extremely embarrassing. Major Small arranged a duel with White, and fatally shot him to death in 1800. It would take White 36 hours to die from his injuries.

He was acquitted of murder after a brief trial and lived on until 1831. 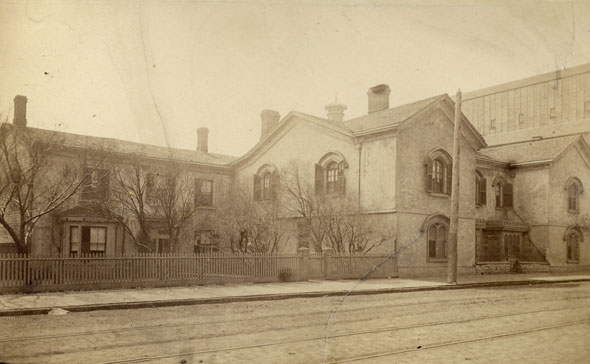 The central portion of the house with its twin gables is the oldest. John Small's son Charles added wings in the 1840s. By 1870, the large home had been divided up into three separate homes, with Charles Small living in oldest part of the building.

Berkeley Street took its name from the old house when the Parliament Street name was shifted a block east.

Major Small's 1-acre lot, which was tacked on to the side of the original street grid, giving it an irregular shape on early maps, was subdivided numerous times and the land sold to industrial concerns. At various times Berkeley House was neighboured by a lumber company and a grain elevator.

Despite its noisy neighbours, Charles Small kept a backyard orchard of pear trees, one of which turned up in the recent excavations. The grand interior belied the home's crumbling timber walls. Pictures taken shortly before its demolition in 1925 show the exterior stucco falling away in clumps and window shutters hanging from the building's rotting window frames.

Berkeley House was demolished in 1925, its foundations encased beneath a concrete parking lot until this year. 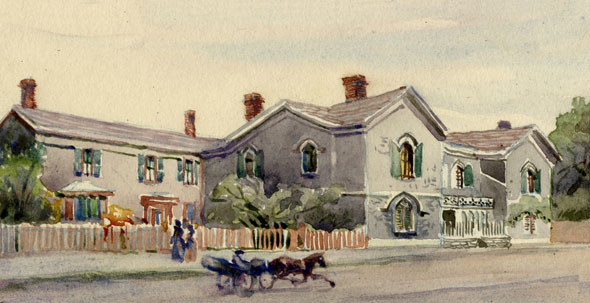 1912 watercolour by Owen Staples, based on an earlier pen and ink drawing by W. J. Thomson. 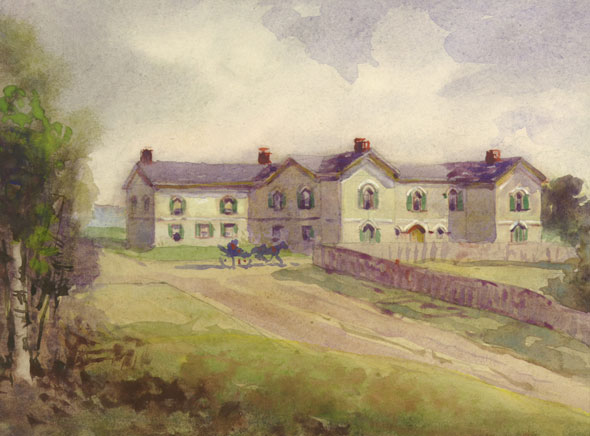 Another 1912 watercolour by Owen Staples, this one based on a drawing by Mrs. C. C. Small. 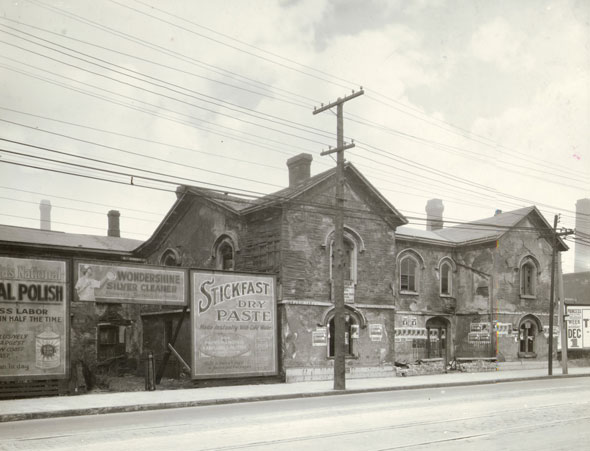 The Berkeley House shortly before its demolition in 1925. 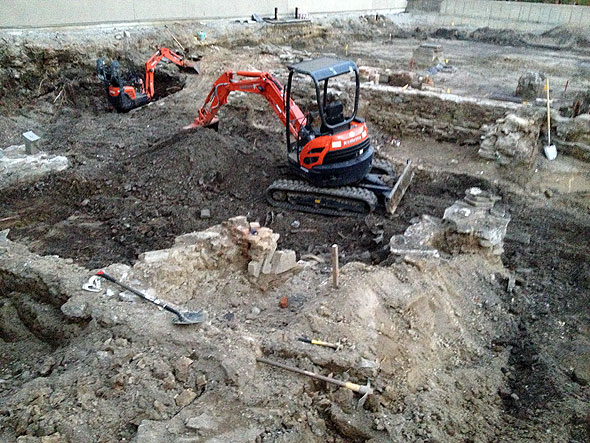 The foundations as they appear today.