The iconic neon Sam the Record Man sign will likely never cast its rays on Yonge Street again. Ryerson University, which bought and demolished the famous Yonge Street record store to make way for its new Student Learning Centre, promised to re-hang the sign in 2008, but now the city is preparing to let the university off the hook.

A revised heritage proposal, which still needs the approval of city council, requires Ryerson to keep the sign in storage for up to two years while "other preservation opportunities are explored." The change also mandates alternative "commemorative actions" by the university in the form of a granite or bronze interpretive plaque to be sunk into the sidewalk just north of Gould Street. 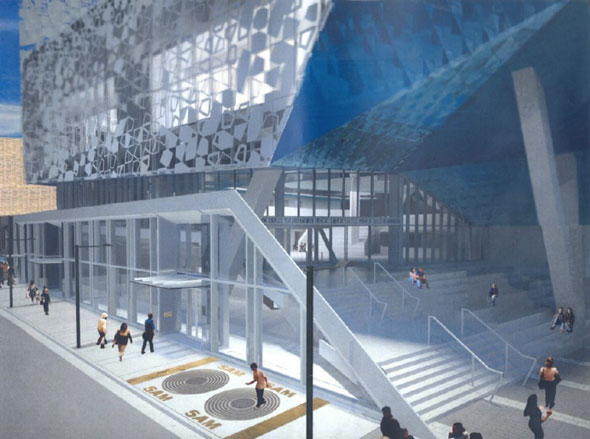 Ryerson has been stalling on returning the two-storey sign to the street - Yonge or Gould - for more than five years, citing cost, design, and safety concerns. A report by custom signage experts Gregory Signs & Engraving Ltd. said mercury could leak from the sign in the event of a fire. A shortage of qualified neon sign professionals, a problem that also disrupted restoration of the El Macambo sign, further stymied progress.

To further complicate the issue, the architects responsible for the Student Learning Centre noted the giant records clashed with the modern design of the new building. "[Snohetta and Zeidler Partnership Architects] cited resource and energy concerns, conflict with the design of the new building and the distraction within the interior of the building caused by the signs' flashing lights," the report says. 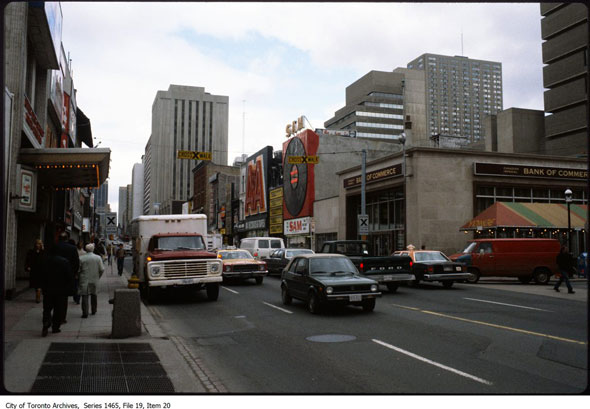 The sign was built in 1961 to mark Sam Sniderman's flagship record store. The company grew from a stand in the Sniderman family's radio store to a much-loved nationwide chain - "140 locations, coast to coast." Today only one store remains, tucked in a corner of the Quinte Mall in Belleville, Ont.

Heritage staff say they're "disappointed" the signs won't been restored to their original location but are "satisfied" Ryerson explored all possible avenues.

Is this the end of the Sam the Record Man sign? Where could the city put the giant neon signs if not at Yonge and Gould? Are you upset Ryerson reneged on their original agreement?