For the first time in more than a century it's possible to walk to the Toronto Island, albeit through a treacherous unfinished cavern.

When a pneumatic drill punched through the final thin layer of ash-coloured shale just after midday yesterday, the arm of the digger breached an aquatic barrier created by force of nature when Toronto was still York and the Island was still attached by sandbar to the foot of Woodbine Avenue. 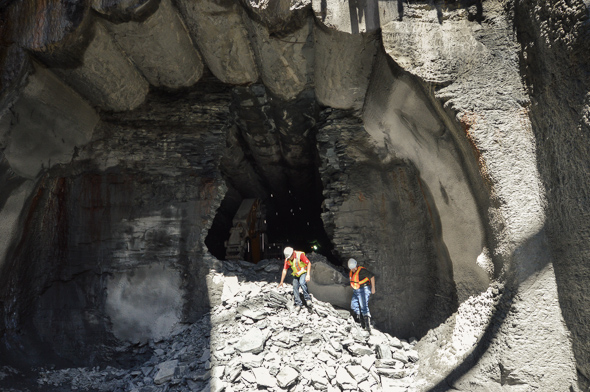 When it's finished, the Billy Bishop airport pedestrian tunnel will make the absurd two-minute ferry journey from the foot of Bathurst Street largely obsolete, save for vehicle traffic and those disinclined to vanish underground.

The $82.5 million, 800-foot tunnel will also become the first in the world to link an offshore airport (if we can really call Billy Bishop that) to a mainland when the first suitcase-heavy passengers shuffle through next summer.

10-storeys underground, the circular passageway will include four moving sidewalks to whisk passengers at a precise 2.3 km/h (according to the fact sheet) from Eireann Quay and back again, a trip of about six minutes once elevator rides are factored in. 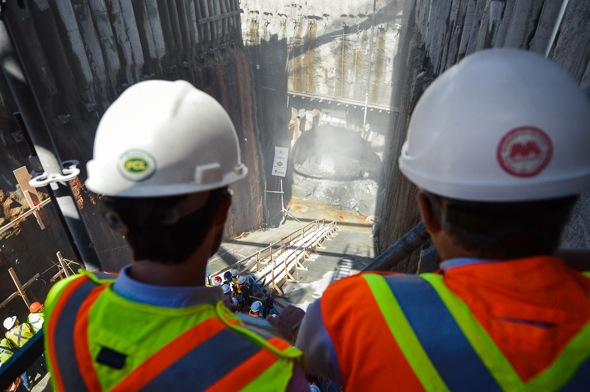 Right now, the Marilyn Bell I, the vehicle ferry that makes the short hop loaded with cars, business travellers and vacationers, has a maximum capacity of 200 people, meaning delays and sometimes long line-ups at peak periods.

Fans of the quirky ferry shouldn't worry, says Geoffrey Wilson, the President and CEO of the Toronto Port Authority.

"The ferry will continue to operate. I would suggest there are some who have grown up as this airport has grown who have taken quite a liking to taking the ferry across ... and the ferry will be open and running in tandem with the tunnel." 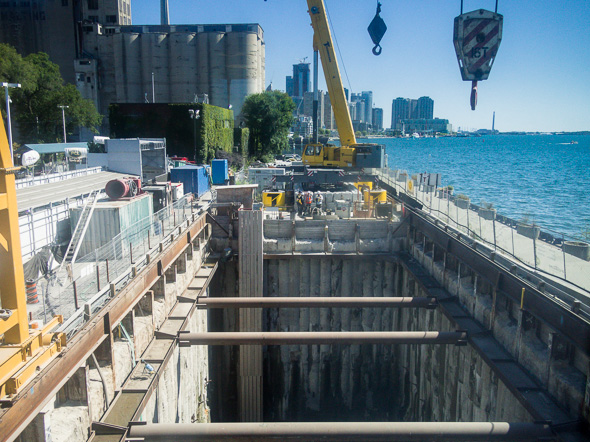