The great Toronto rain storm of July 2013 left in its wake a localized flooding, widespread power outages, some terrifying moments on a GO Train, and, of course, thousands of photos. As is so often the case nowadays, the the first photos of the storm and subsequent flooding came courtesy of smartphone-wielding commuters, who posted their captures of the event to social media sites as the rain still pounded down â as was the case with our lead photo of a whirlpool on Fleet St. by hooksncrooks. Here's a collection of some of the best images we received under the tag #drenchedTO.

Check out the entire set of stunning images in our Toronto rain storm July 2013 stream. 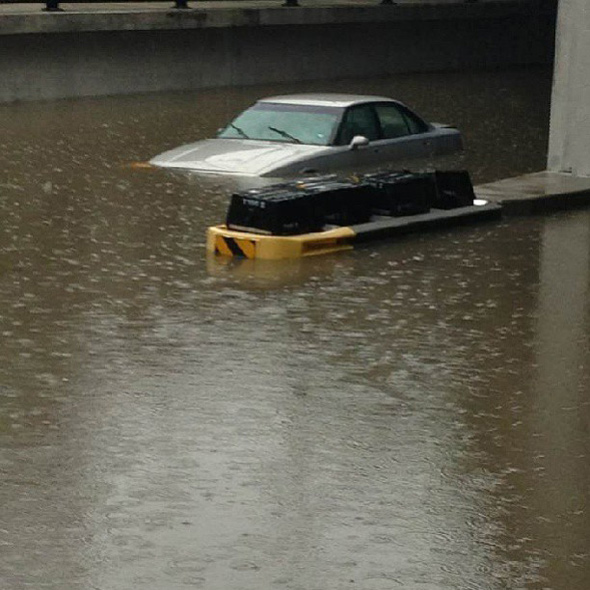 Bloor and Islington by urbanstrategist 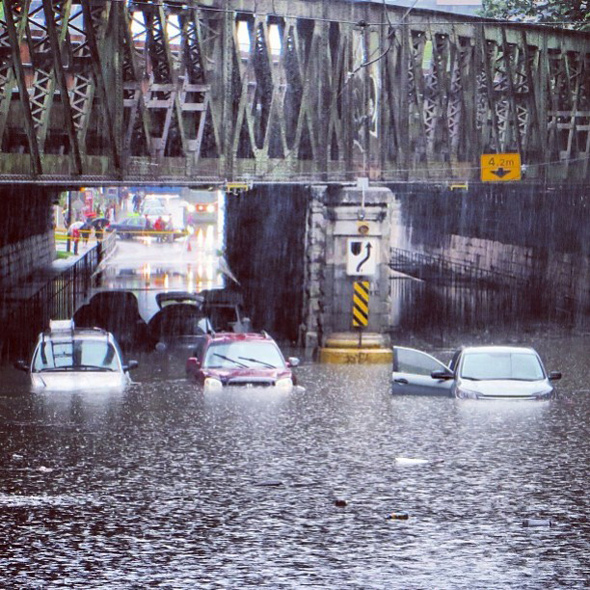 King and Atlantic flooding by philipeley 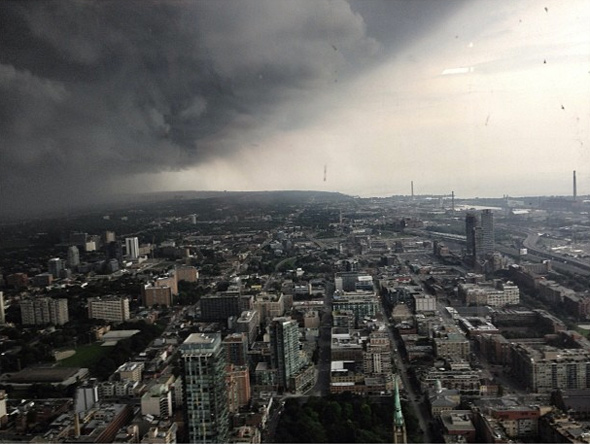 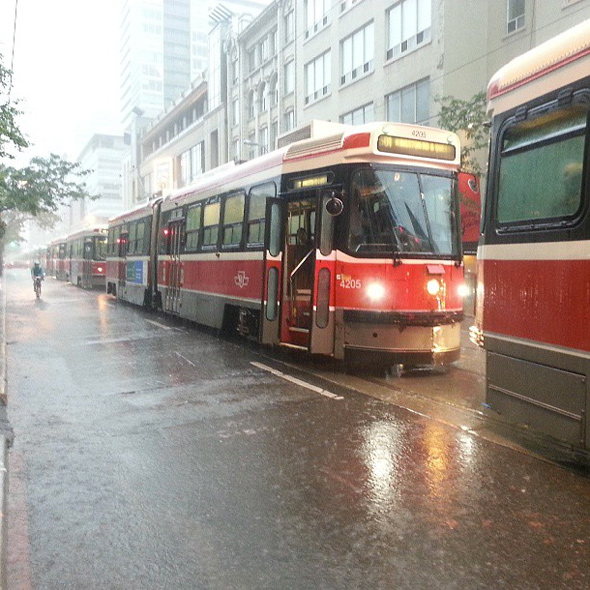 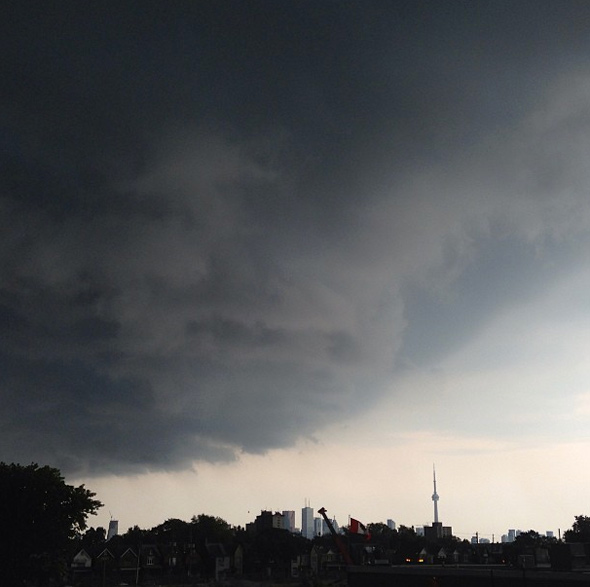 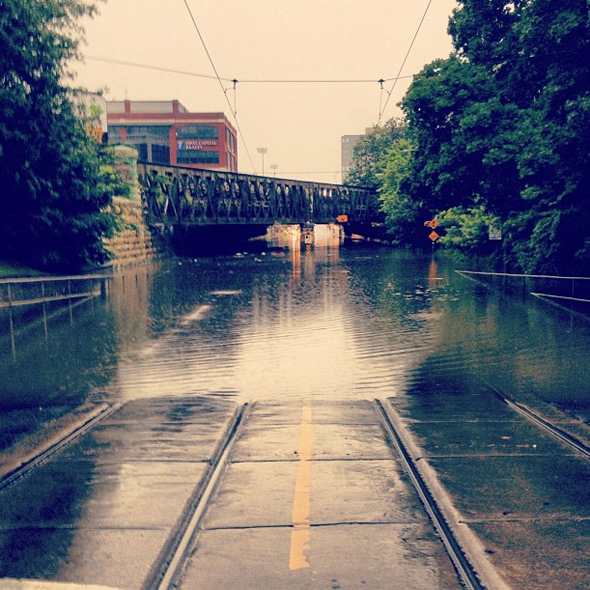 Another angle on King and Atlantic by lukehanmac 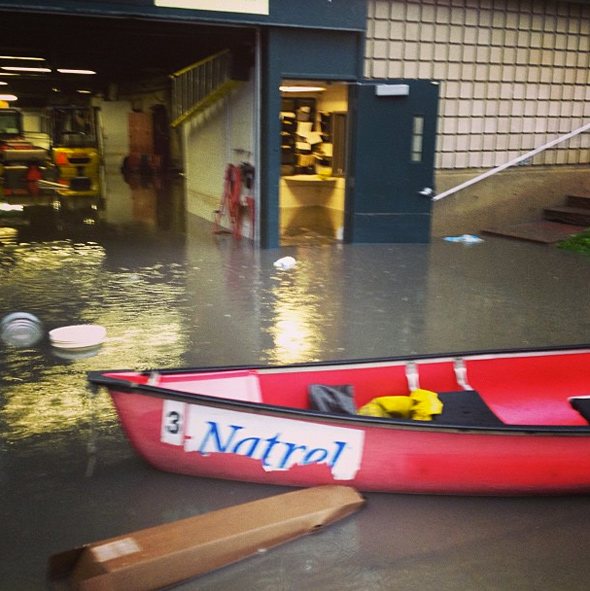 A canoe at Lower Simcoe by ksolda 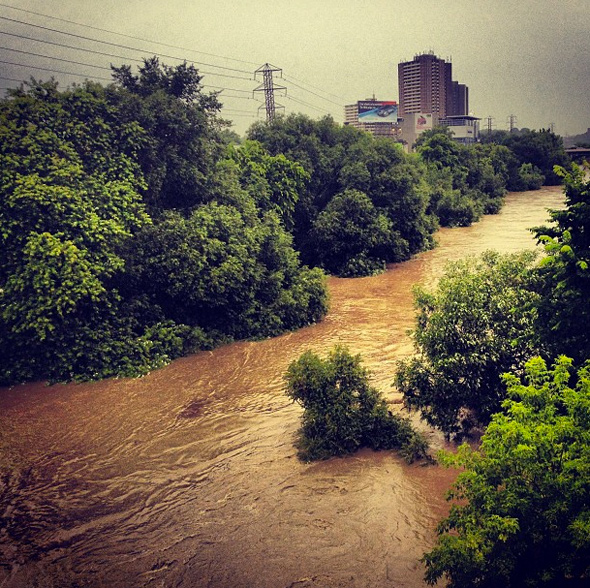 The Don as the Amazon by leah_lionheart 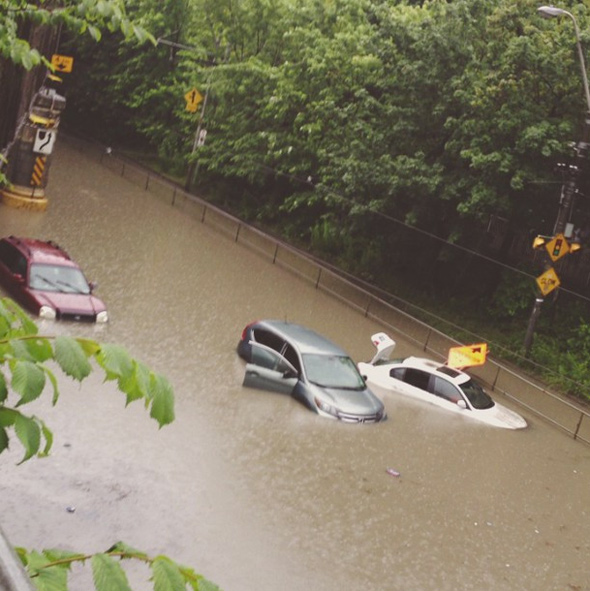 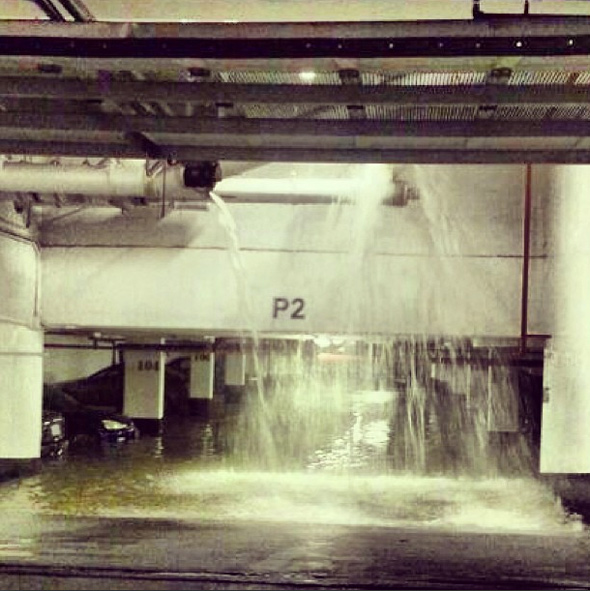 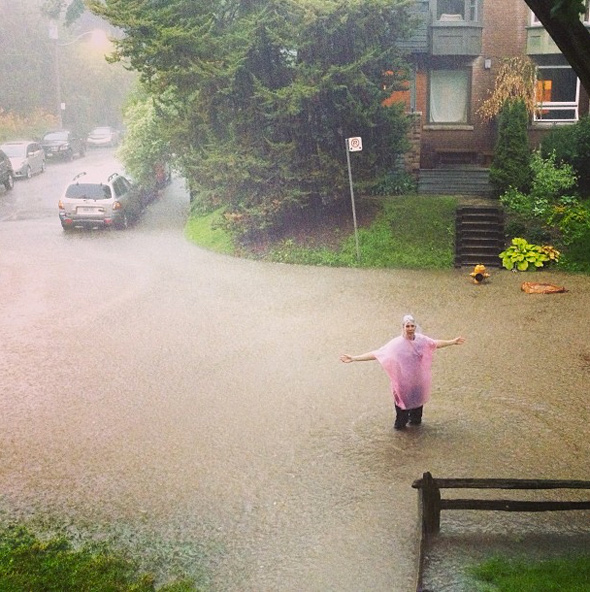 A Shawshank moment by alexandra_johanna 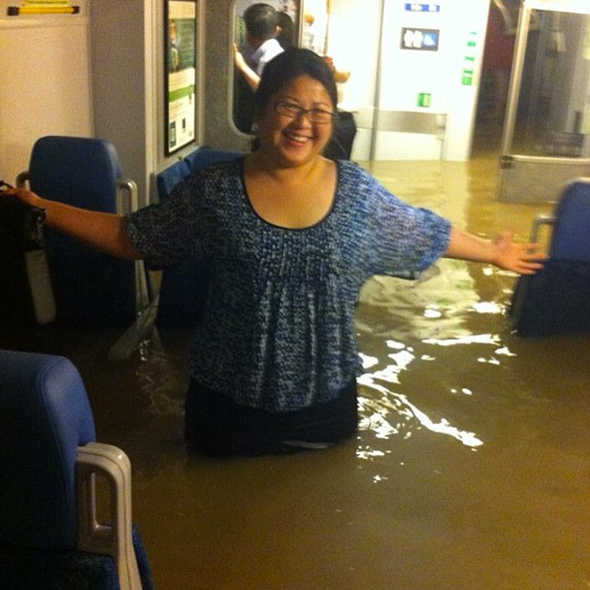 Inside the flooded GO train by leasheroo 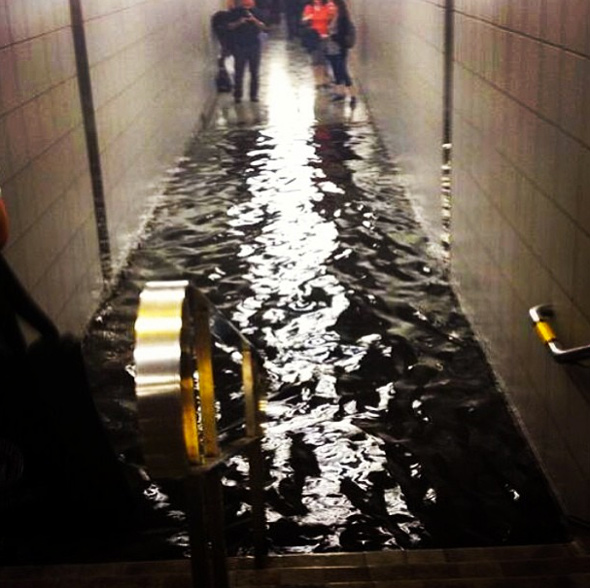 Flooding in the subway by alexakay0 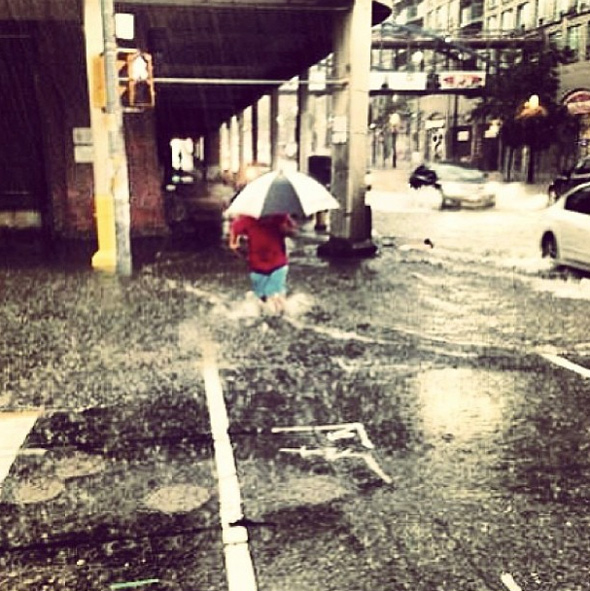 As you'd expect, there's a bunch of Toronto flood mashups out there. Many of them are recycled from the last year's Union Station flood, but here are a few new ones. 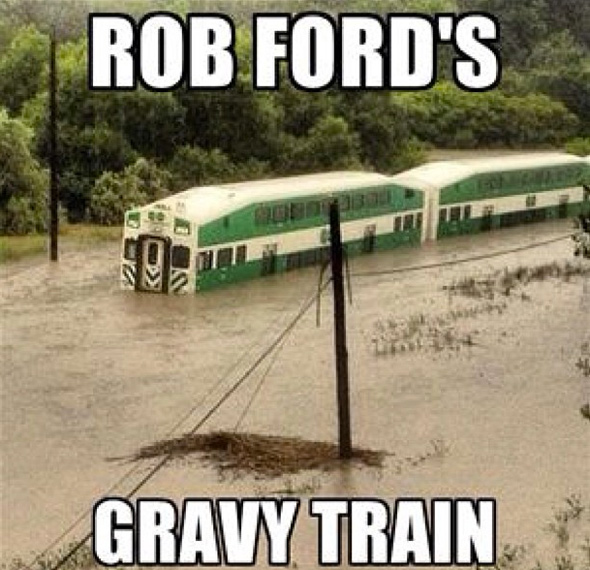 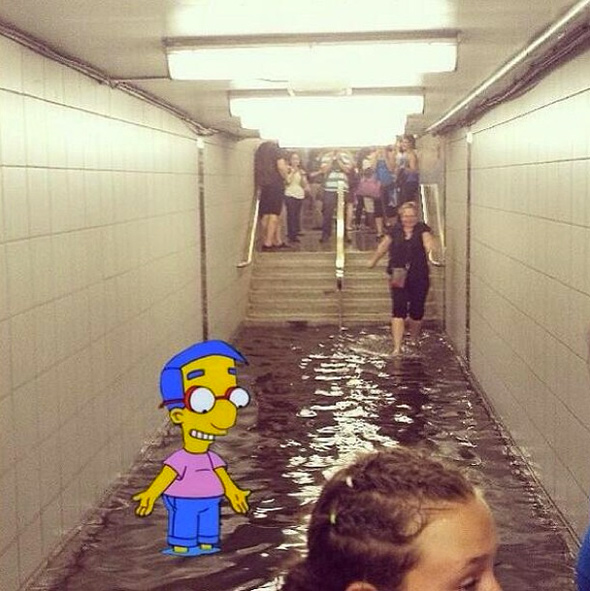 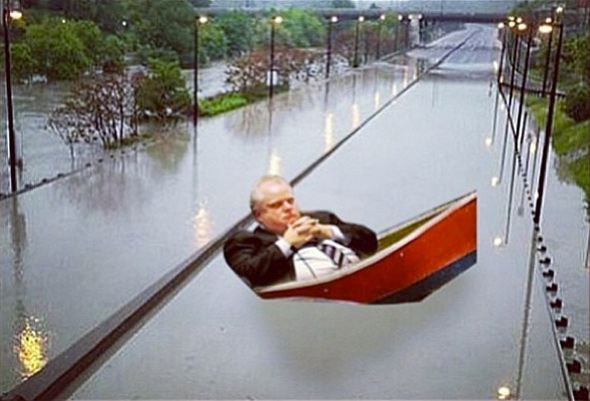 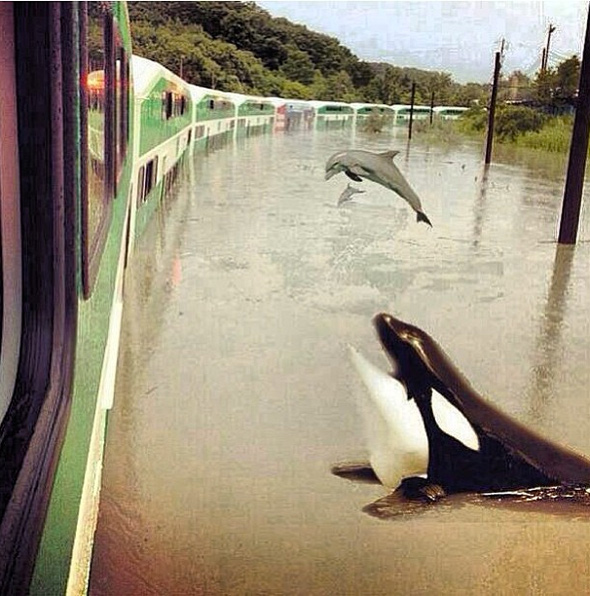 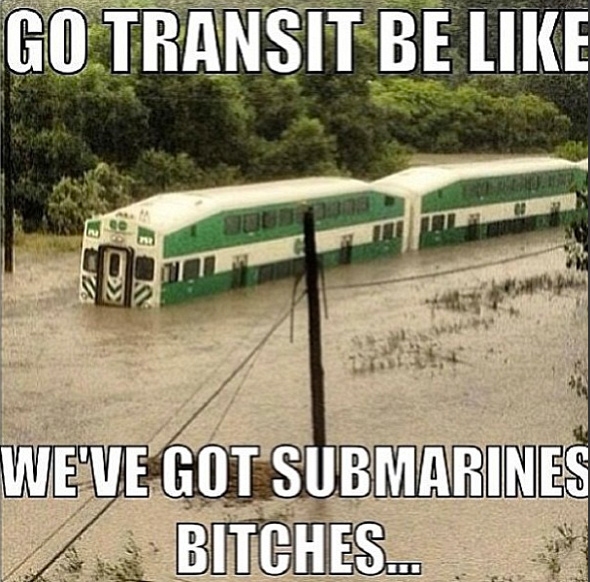