Kensington Market definitely won't be seeing work on a proposed Walmart for at least a year thanks to a surprise ban on all new stores and services on a long stretch of Bathurst St. from Queen to Dupont adopted unanimously at yesterday's council meeting.

Expansions of existing businesses beyond the current square footage are also nixed under the new rules that were backdated to 18 July. The embargo was enacted so city staff can undertake a detailed study of bylaw amendments, changes to the official plan, and heritage protections that may benefit the area, the bylaw says. 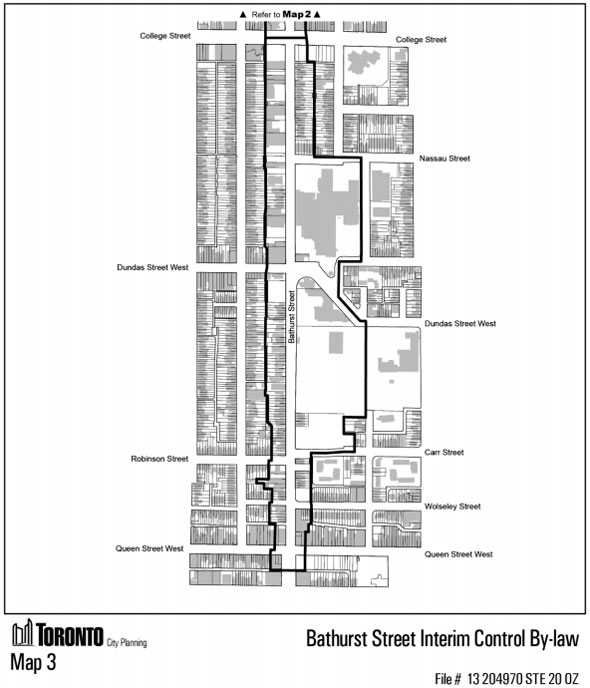 The Walmart, planned for the west side of Bathurst, opposite Toronto Western Hospital, has been a hotly debated issue in the neighbourhood and the wider city. Over the last few years the proposed three-storey RioCan retail development on the old Kromer Radio lands has been turned back by the city's committee of adjustment, the Ontario Municipal Board, and panned by local residents and the BIA.

Still, the plans continue to live.

The order to halt new retail and services will almost certainly have an effect outside of Kensington, too. Mike Layton says the bylaw isn't meant to target RioCan or Walmart specifically but I suspect many people will see it as a way to rein in the proposed 11,458 square metre commercial building.

What do you think of Mike Layton's bylaw? Will it keep Walmart at bay or hurt local business?