Loblaws is getting serious about redeveloping a disused warehouse at Lake Shore and Bathurst in to a full scale retail and residential complex, according to the latest available information. A new set of architectural drawings show two residential towers rising in front of the Gardiner Expressway and a new rooftop addition for the heritage-protected structure.

If built, the warehouse, the former nucleus of the Loblaw Companies, would be extensively renovated and repurposed in to a substantial retail centre close to CityPlace, an area that's seen as lacking in amenities. It would also mark the return to the neighbourhood after more than 40 years for the supermarket giant. 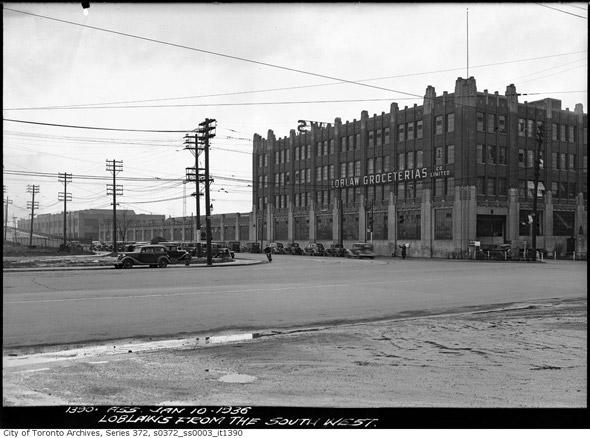 The art deco Loblaw Groceterias Building opened in 1928 as the headquarters and central warehouse of the growing supermarket chain. Designed by Sparling, Martin and Forbes, the architects behind the Masonic Temple at Yonge and Davenport, it once included office space, a processing area, storage refrigerators, a large freight dock, and even an on-site bowling alley and billiard room.

The new building at the rear was added 1934 and Loblaw's remained on the site until the '70s when a new headquarters opened on St. Clair Avenue East. The Daily Bread Food Bank used the surplus warehouse until 2000 and the city protected it as a heritage structure in 2001. 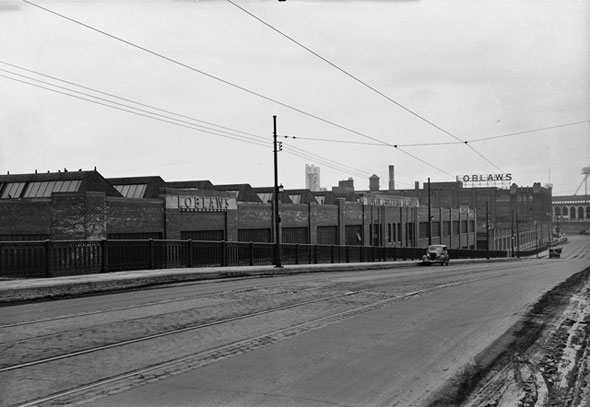 Loblaws re-acquired the site in 2004 and planned to clear the property for a brand new supermarket, but that concept was eventually rejected by the Ontario Municipal Board. These drawings represent the company's latest attempt to redevelop the site, this time keeping the protected heritage features â but, notably, adding some anonymous box atop the old building. 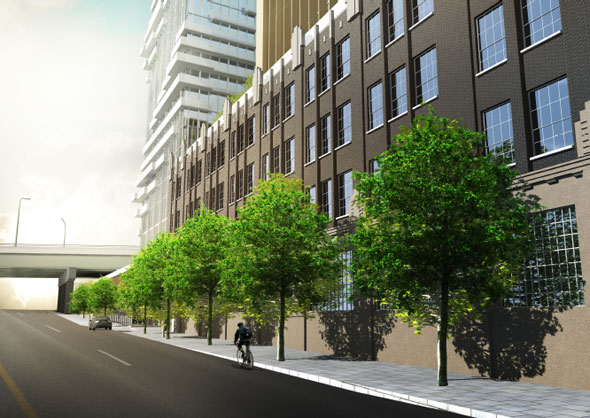 The 1934 addition at the rear of the warehouse, not included in the heritage designation, has already been demolished in advance of the project getting final approval from the city for the entire complex. Currently, Loblaws still needs zoning approval and the green light from city council.

What do you think of the plans? Could Loblaws do better by the historical building in light of the magic spun at Maple Leaf Gardens? What about those residential towers? Sound off below. 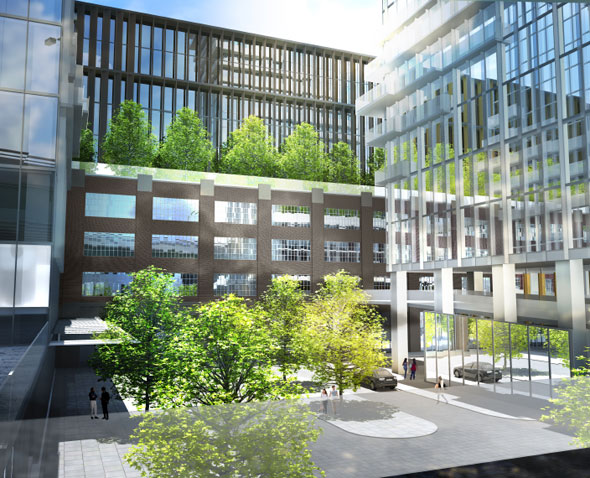