By the numbers: CityPlace condos

Depending on how you look at it, Toronto's CityPlace condo development is either a ghetto in the making or a trendy urban playground, rising from the waterfront's post-industrial ashes to revitalize an area once dominated by rail sidings, soot-blackened workshops, and roundhouses.

Most criticism tends to centre around the neighbourhood's lack of services and its relatively isolated location south of the rail corridor, north of the Gardiner Expressway. The heavily trafficked southern portions of Bathurst and Spadina bookend the area to the west and east. 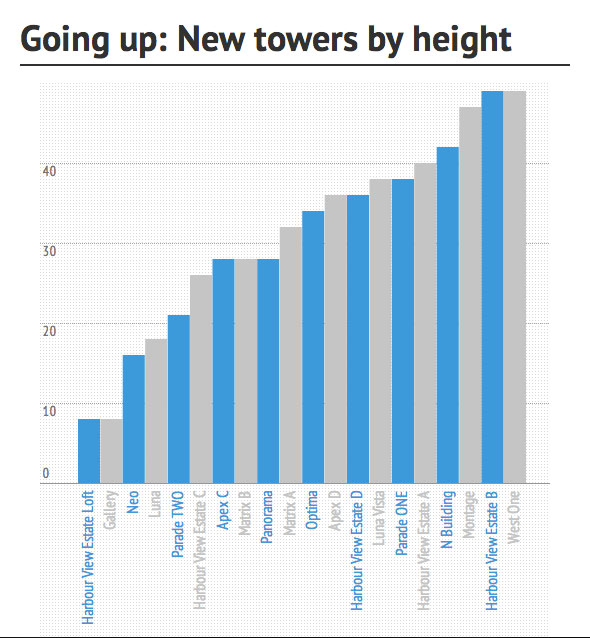 Another concern centres around the high number of investors buying and leasing out units, a fear echoed by Cllr. Adam Vaughan in The Grid in 2011. He says low ownership numbers could result in a transient population and lack of upkeep. Few restaurants, bars, and independent stores give outsiders little reason to venture inside.

Fears and predictions aside, the largest development ever built in Toronto is approaching completion almost 8 years after construction work began in earnest. 20 new low- to mid-rise residential towers are in various stages of completion and habitation, including two - Harbourview Estate B and West One - that top out at a substantial 49 storeys. 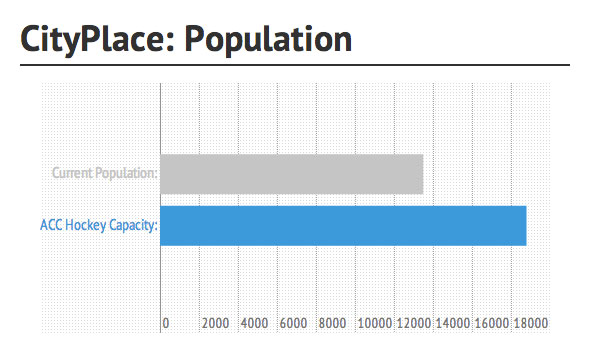 According to the latest statistics, 22 CityPlace and four Park Place buildings are occupied, giving the development a total population of 13,500. The average unit size at CityPlace is around 708 square feet. The separate Park Place development has slightly larger units, averaging 759 sq. ft.

For these first residents there are officially 31 retail outlets.

One of the most visible features of the development is the elevated bridge that connects the PARADE 1 and PARADE 2 towers. Officially the Concord SkyBridge, it's 40 metres long and stands about 7 metres (around 2 storeys) tall between the 28th and 30th floors of the two buildings.

It took 14 hours to raise from the ground and secure in to position last June. Fully loaded, it can support the weight of about 100 people. 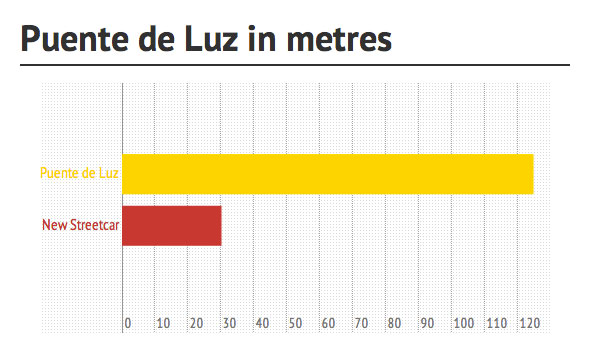 The bright yellow pedestrian bridge that spans the Union Station rail corridor also stands out against the relatively colourless backdrop of condominiums. The Puente de Luz, or Bridge of Light, weighs 270 metric tons (600,000 lbs) and is 125 metres long. During construction it was subject to numerous approvals by Metrolinx, the owner of the tracks, and was delayed by several months.

It was closed for around a month shortly after opening due to minor problems with the expansion joints and mesh walls.

What do you think about CityPlace? Have you had a chance to visit and check out what the area has to offer? Would you consider buying a condo there?