2nd subway platform at Union Station still a year away

Relief is in sight for the more than 100,000 passengers who use the TTC's Union subway station every day. A new second platform has been roughed in just south of the existing station and should be up and running by mid 2014, according to project manager Malcolm MacKay.

Construction crews have been digging down on the south side of Front Street for over two years, since May 2011, creating much-needed new space for one of the system's most crowded platforms. As a former terminus of the Yonge line, Union was given a narrow 6.9-metre centre platform in 1954 that now feels claustrophobic, precarious and sometimes dangerous at rush-hour.

"We have measures in place to deal with crowding," says the TTC's Brad Ross "We close stairs, escalators, do slow orders, and those kinds of things when the platform becomes crowded, but once this opens up there won't be an issue." 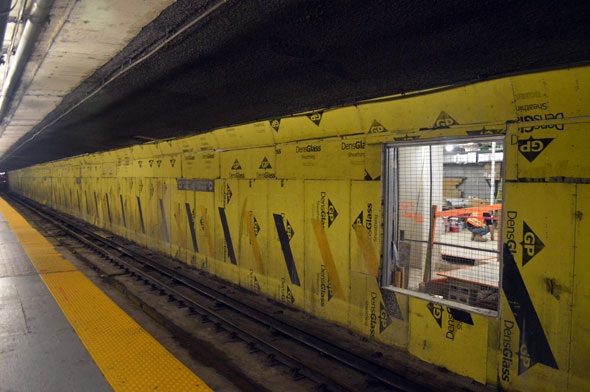 It's a vital piece in an exhaustive overhaul of Canada's busiest transportation hub that includes a new retail concourse, train shed roof, GO terminal, and PATH connections. For the sake of comparison, Union as a whole handles almost double the number of passengers as Pearson airport on a daily basis. 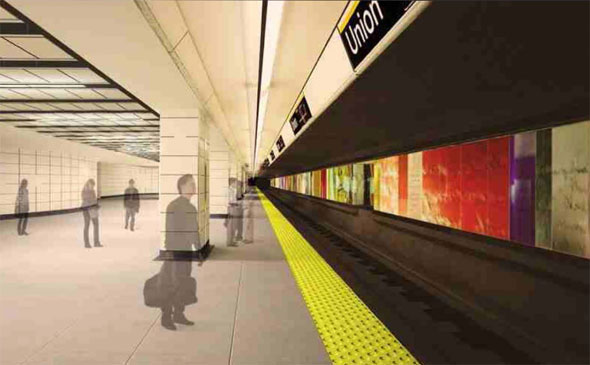 The changes aren't all underground. The pedestrian bottleneck in the moat area between the Union Station proper and the subway entrance is also being addressed with the addition of wider stairs and wheelchair and stroller ramps. A glass roof will weatherproof the transition area at a later date.

"There be twice as much capacity as there was previously, so the crowding that's experienced at the centre platform will be cut in half," says Malcolm MacKay, project manager. "It's the busiest transit hub in Canada and it's an investment that's necessary for us to move forward."

Construction work, which is being carried out by EllisDon, will cost $161.5 million, including tax, and is currently (touch wood) on budget and schedule. The TTC expects to open the platform in an "semi-finished" state and then commence work re-tiling the centre platform next July. 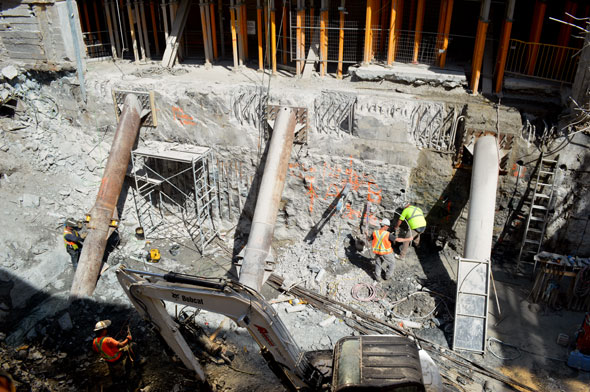 "This is a huge job," MacKay says. "It's a technically challenging job in that we're excavating straight down beside an existing facility, it's logistically difficult because we're trying to operate our business. We have to keep our eye on that because that's what we do for a living."

A diagram comparing the current station with the new configuration 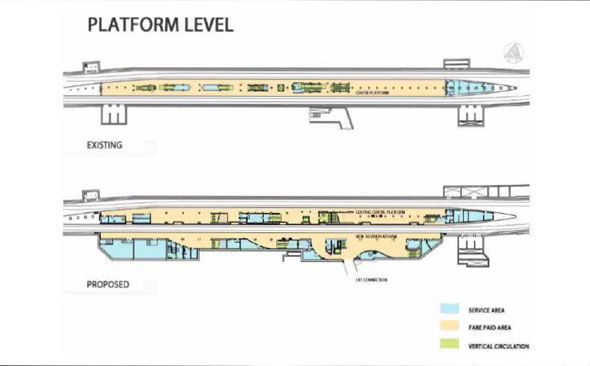 Workers have demolished part of the old subway entrance 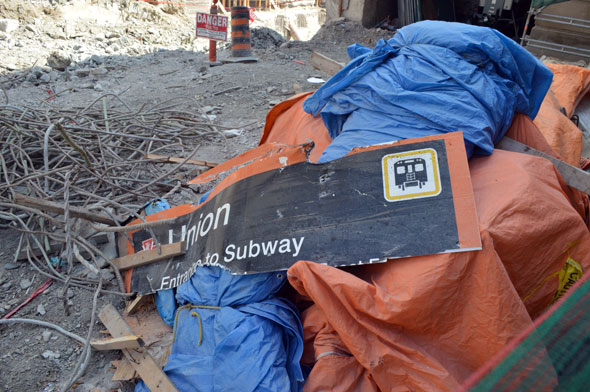 Another view of the partially demolished entrance and excavation site 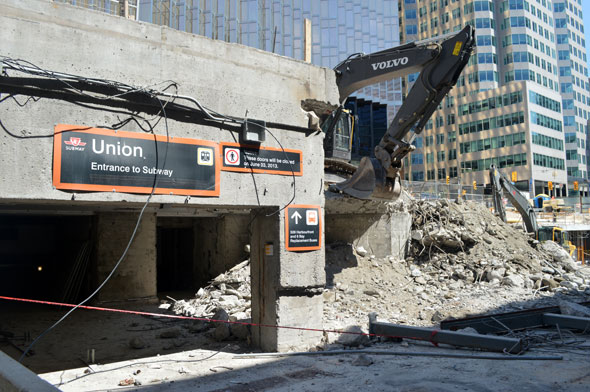 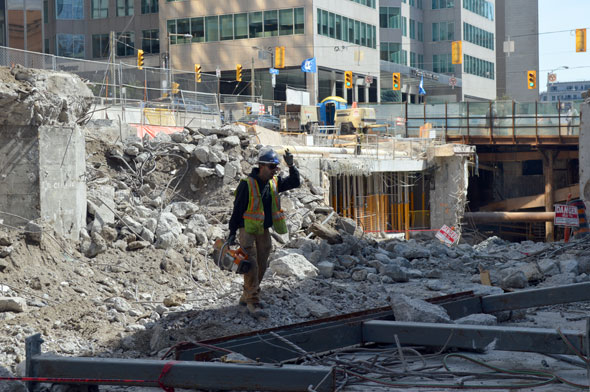 Two stories down, a welder works on one of several giant supports propping up the subway walls 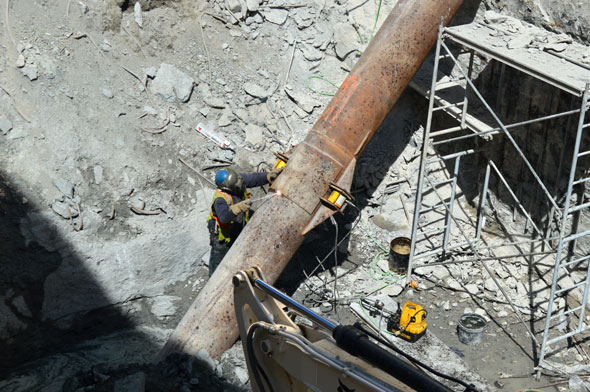