Maybe it was too much of a long shot, but I doubt many of you will be surprised to learn this morning that the Masonic Temple at Yonge and Davenport will not be reprising its role as a live music venue. Well, not full time anyway.

London, Ont.-based IT company Info-Tech Research Group have bought the building for $12.5 million and plan to convert the storied venue in to a new location for its Toronto satellite office, currently located on Front Street East.

"We're making some alterations to the building to accommodate our consulting and research usage," says Joel McLean, the company's president and CEO. "We're really trying to preserve the historical elements, for sure."

"In the main auditorium we're going to make that in to an open area for our research group but we want to have that space designed in such a way that once a year we're able to pack up those desks and have a black tie charity rock concert."

The various other offices and boardrooms will be decorated with rock memorobilia and named after the bands that trod the planks of the main stage during its Rock Pile days ("coffee in the Shane MacGowan Conference Room, anyone?")

Windows that were sealed by Bell to shut out natural light will be opened up and original doors and fixtures removed and placed in storage will be rehung during the reconfiguration. 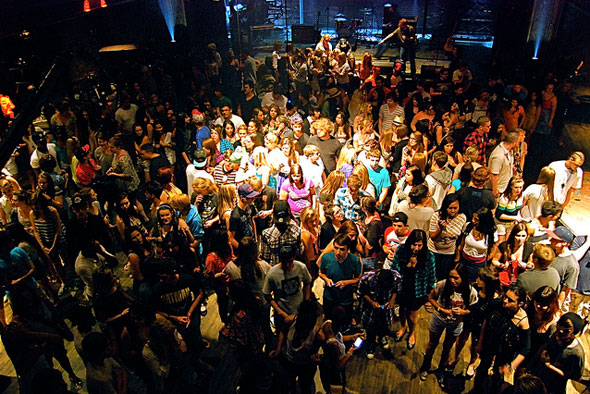 Bell Media decided to sell the 96-year-old former home of MTV Canada, eTalk, So You Think You Can Dance Canada, Canadian Idol, and others in late 2012 in an effort to consolidate its TV operations at its downtown Queen and John property.

The surplus building was placed on the market in March and Info-Tech Research Group took possession in the last few days, paying "pretty much" what Bell asked. In a press release the company promised to "maintain the integrity and spirit" of the Masonic Temple by moving in its 300 staff.

Though it started life as a meeting hall for masons, the historic building was used mainly for concerts from 1930 until the late 80s. Acts such as Led Zeppelin, David Bowie, The Pixies, The Pogues, Pearl Jam, and Red Hot Chili Peppers all played there. 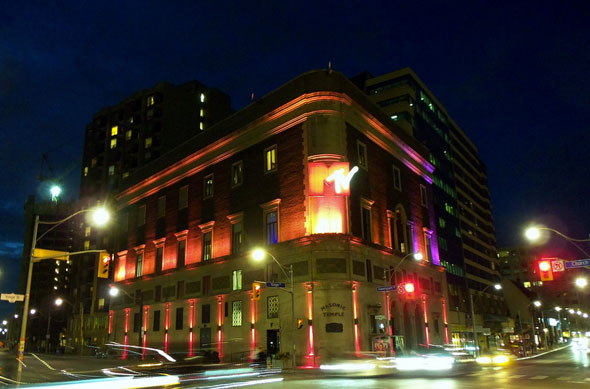 While the sale should ensure the building remains in its current state, the news will be a let down for anyone who had their fingers crossed for something a little more creative, even if Info-Tech promises to honour its "Work Hard, Play Hard" motto once inside.

"It's going to be a great office for our staff," McLean continues. "It's certainly not the most practical space, but it's beautiful and that's important to me and it's important to our staff. I think it's a really good fit."

Are you happy the Masonic Temple is going to be preserved? Would you have preferred another company to take on the space and make more frequent use of the ballroom?