George Brown's new waterfront campus is the most recent addition to the college, and it's making the rest of its students jealous. The campus opened in September, and the design is hyper-modern. So far, it consists of one building at Queens Quay E. and Lower Jarvis, which is home to the school's health sciences programs, and focuses on hands-on healthcare and dentistry training. The college is also, however, making an effort to play a role in revitalizing the eastern waterfront. 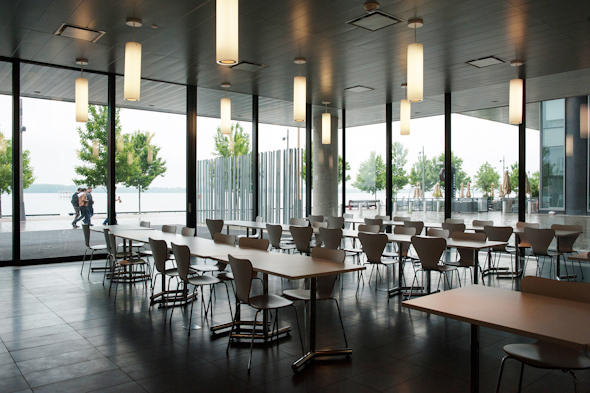 The first floor is classroom-free, features floor-to-ceiling windows, and it's open to the public. People can wander in off the streets and grab the requisite Tim Hortons, Pizza Pizza, or a number of healthier options, like sandwiches and salads from Origin or Whole Plus. While it still has that institutional feel (show me a university that doesn't), it has large, airy communal spaces on each floor, with plenty of seating accompanied by an appropriate number of outlets (crucial). 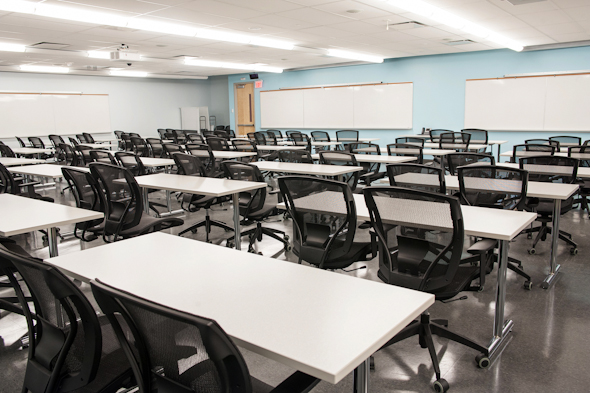 The college is billing the new space as a campus within itself, although it's just the one building â for now. They have first right of refusal for the land in front of the current structure, and Lorrie says they're thinking of using the space for further educational initiatives. 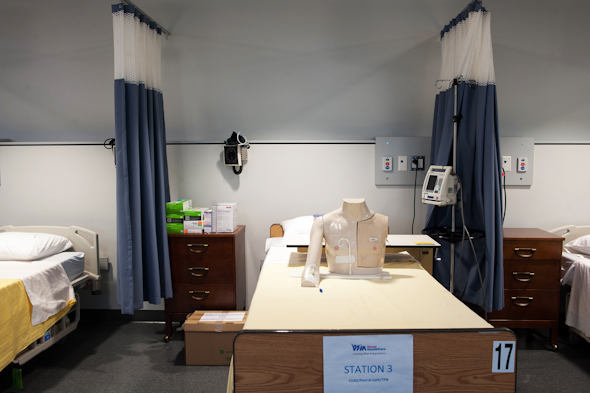 Right now, about 3,000 students in the Sally Horsfall Eaton School of Nursing and the schools of health and wellness, dentistry, and health services management are enjoying the waterfront space. It also includes a library, learning commons, and counseling services (which most university students find themselves needing at one point or another). There are seven floors, with a breezy rooftop green space on top of the building. 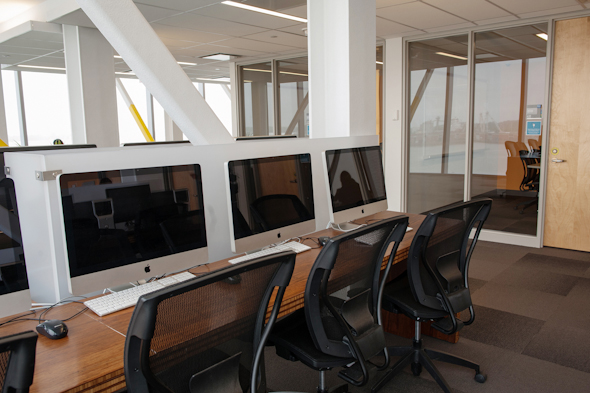 The stretch of waterfront around the campus is still pretty barren. But that will soon change. A new condo development called Aqualina Bayside, the first part of a huge residential, commercial and retail development that will span two million square feet, is going up right beside it. That initiative will infuse a lot more life into the stretch of the waterfront, as long as the design is open and somewhat accessible to the public.There is a host of other dreams in the works for the waterfront, too, including the potential for another beach. 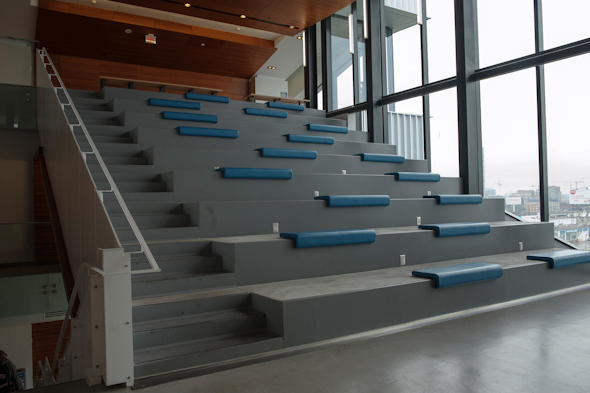 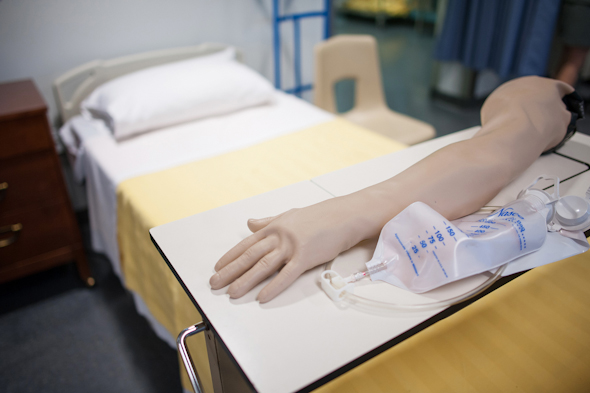 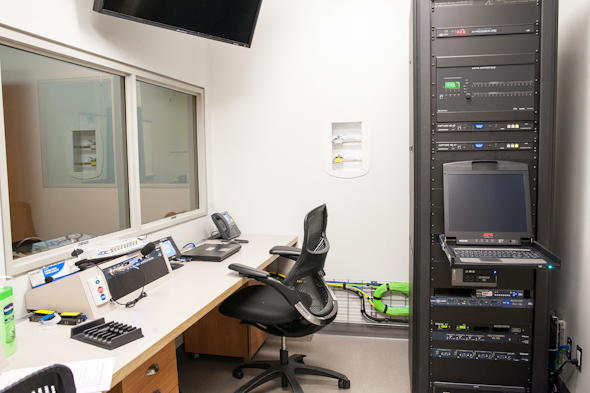 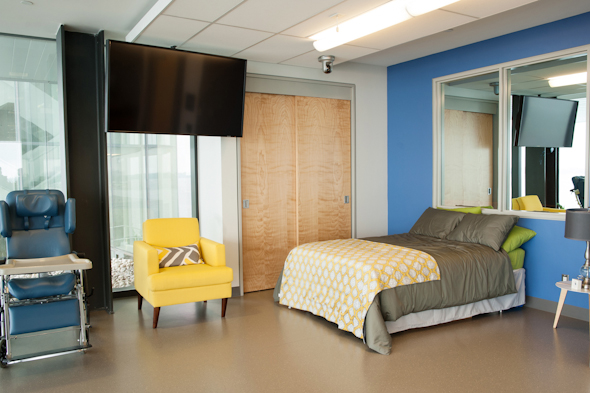 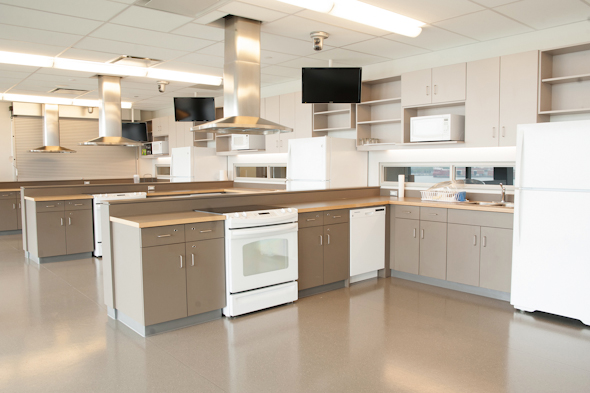 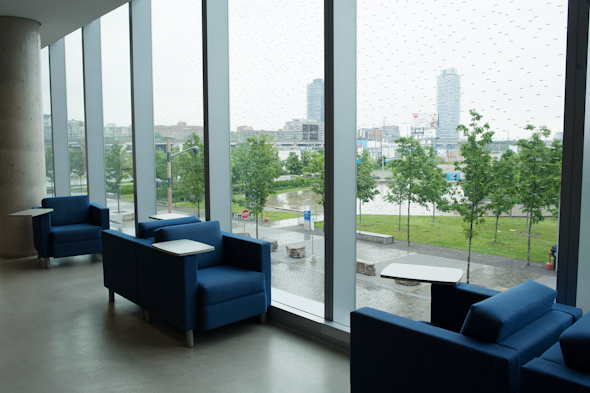 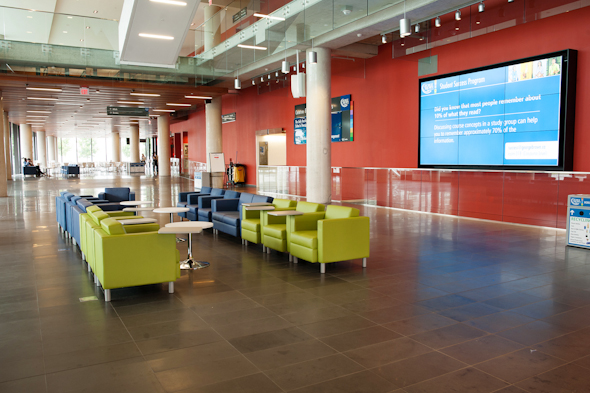 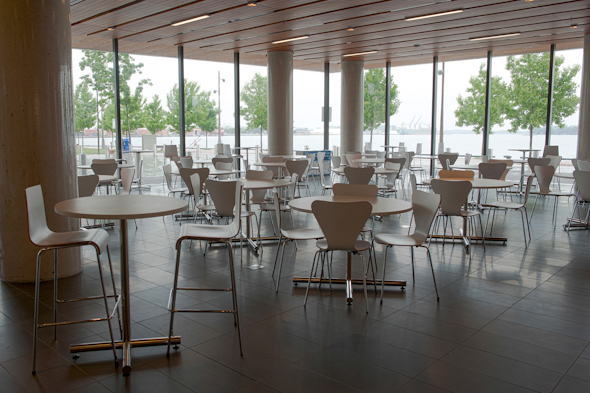 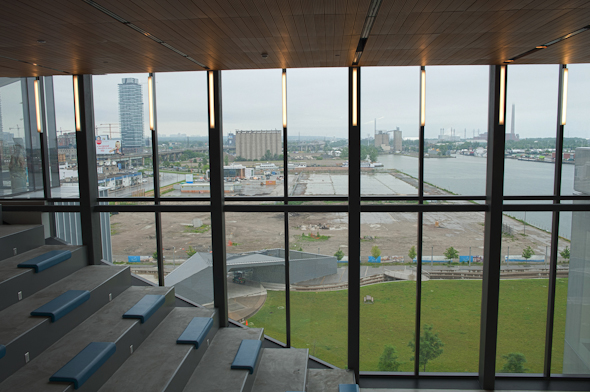 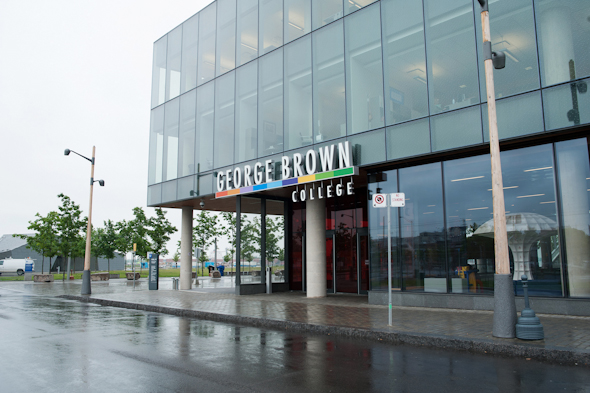