Councillor Adam Vaughan thinks it's a "terrible idea" to build mid-rise student accommodation on the site of the Hotel Waverly and Silver Dollar Room at College and Spadina, calling the plans "unacceptable." Vaughan, the councillor for Trinity-Spadina, compared the idea to a similar controversial proposal at 245 College, which he says is "effectively a high-rise rooming house."

The Wynn Group, the owners of the 113-year-old building, released plans to demolish the existing structures and build a 20-storey tower they say is aimed at University of Toronto students last week. The units would feature shared kitchen and living space, similar to a dormitory. Only the Silver Dollar would return if the plans are realized.

"It puts people into very vulnerable situations," Vaughan said yesterday during a break at city council. "There's no guarantee students go in there, and it's an idea that cannot and must not be replicated. The U of T is a bad building, and this one is even worse." 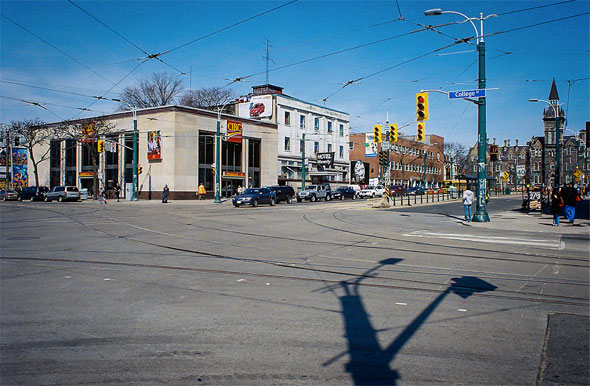 The proposed 24-storey student building at 245 College was turned down by the city last year after strong opposition from neighbours who, like Vaughan, feared the building would become a large rooming house, a designation officially limited to just 25 units. That proposal is due to go before the Ontario Municipal Board next month.

Paul Wynn from the company that owns both the Hotel Waverly and Silver Dollar says 245 College was the inspiration for his proposal. "My brother [and business partner] Jeff really wants to do student housing," he says. "The difference there is they were trying to get 750 beds into a smaller site. Our site is substantially larger and were trying to get 220 beds. You can't compare it."

"Adam Vaughan's comments signify one of two things: his cynicism towards the development process or, I hate to say it, a direct prejudice to our family because of the name Wynn. I don't have a crystal ball, I can't tell you the future, but my family's intention is exactly as we expressed."

Wynn believes there are "very sound economic reasons" behind their plan for student rentals, saying it wouldn't make sense to build condos or apartments instead because of the location next to the Scott Mission. "It's not coming for an altruistic reason it's coming for a pragmatic reason." 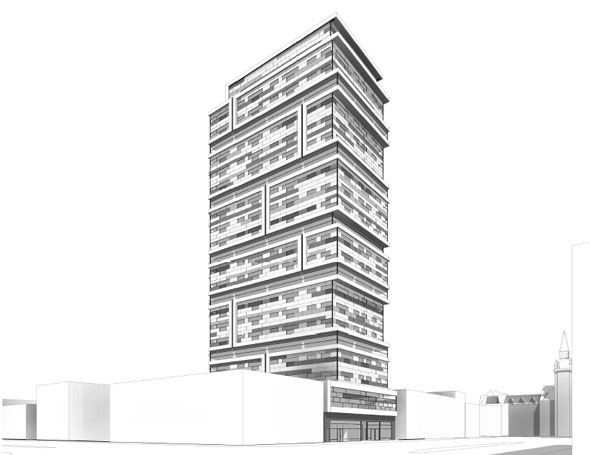 Vaughan, while emphatic in his opposition to the development as it stands, does think there is scope for something to be done with the crumbling wood-frame hotel. "I think that there's a strategy that needs to pursued around heritage, but it also needs to be realistic," he says.

Paul Wynn says he would be prepared to discuss changes to the project with Vaughan.