By the numbers: Toronto Island ferries

The Island ferries might be getting on - the oldest, the PS Trillium is 113 years old - but every day, regardless of season, the fleet gamely makes the 15 minute run between Toronto's off-shore park and the busy downtown core.

In spring and summer Island residents are joined on the water by droves of beach-goers, dramatically swelling the ridership figures. Curious to find out whether the quiet winter season is adequately subsidized by the annual peak period, I asked the city to dig out its ferry operation statistics. Here's what 2012, the last complete year, looked like for Toronto's only aquatic transit option. 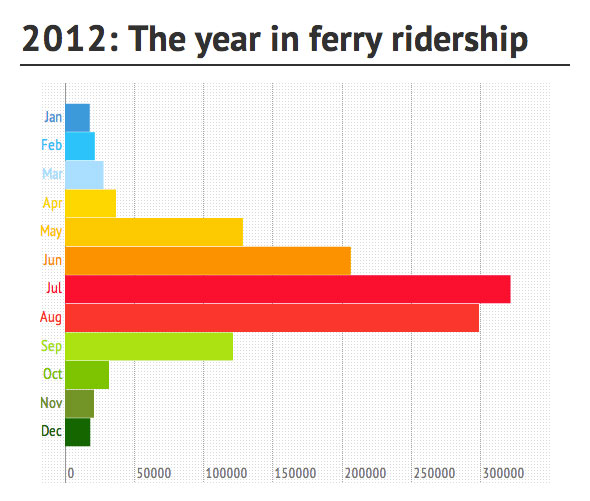 As common sense will tell you, summer is the busiest period down at the ferry docks. July and August 2012 were the busiest months by far, no doubt aided by last summer's stifling heat and humidity. Traffic in the winter months is mostly made up of residents and hardcore visitors.

The all-time record for most passengers in a single day came on June 20, 2010 when the boats to Hanlan's Point, Centre Island, and Ward's Island carried 32,188 - about 10 per cent of a normal month's traffic - to a Pavement and Broken Social Scene concert. A dragon boat festival the same day further swelled numbers.

In stark contrast, the quietest day on record, just six days after the 2010 record, saw just 184 people visit the Island during the peak of the G20 in Toronto. 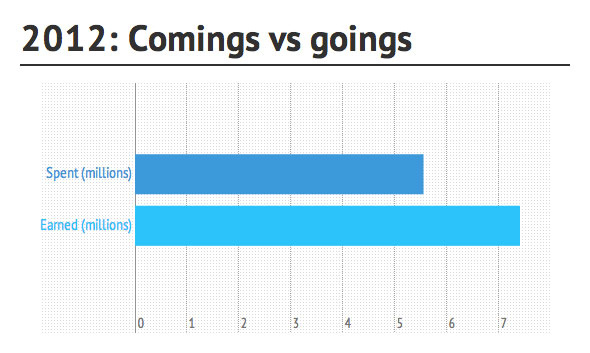 To keep things moving, the ferry organization - part of Parks and Environment - spent $5,562,311 on operations in 2012. That bulk of that figure, around $4,772,453, went to paying staff, seasonal workers, holiday pay, benefits, and overtime (some of these were lumped together for simplicity in the chart.) 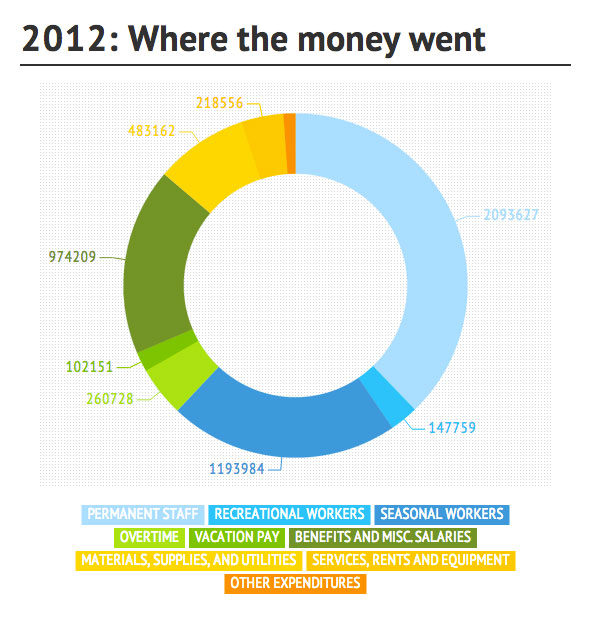 Are you surprised that the Island ferry is a profitable enterprise? How could the system be improved? Should the city cut the standard $7 adult fare or adopt Presto as a form of payment? Do we even need ferries?