What's going on with this condo at King & Sherbourne?

After years of debate and political wrangling, there's finally some movement on a long-awaited condo project at King and Sherbourne. Buildings have been demolished, sidewalks are closed, and big yellow braces have appeared on the site's heritage structure. Recently, though, things have been a little quiet. So what's the hold up?

"Work is under way...we haven't stopped," says Ivan Rak, the project manager. "We're doing a very controlled, slow demolition of the back part of the building. The reason why it's slow is because we need to ensure the facade we want to keep doesn't get damaged in any way." 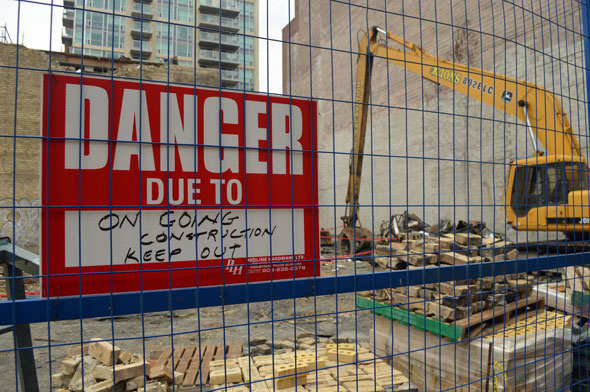 The project has been in the works for more than five years. Initial papers were filed with the city in July 2008, but after progressing through the necessary approval process council squashed the plans a year later, putting it in jeopardy.

The developer, King+Condos, previously Rams Head Development Inc., successfully appealed the decision to the Ontario Municipal Board and later proposed to demolish and rebuild the historic facade at the southeast corner of King and Sherbourne.

In response, the city declared its intention to protect the property, preventing it being taken down during the construction process. Since work started, developers have cleared a pair of buildings at 253 and 255 King East and attached bright yellow structural braces to the protected structure in advance of excavations for the underground parking garage.

The site has been quiet recently after the closure of the surrounding sidewalk. 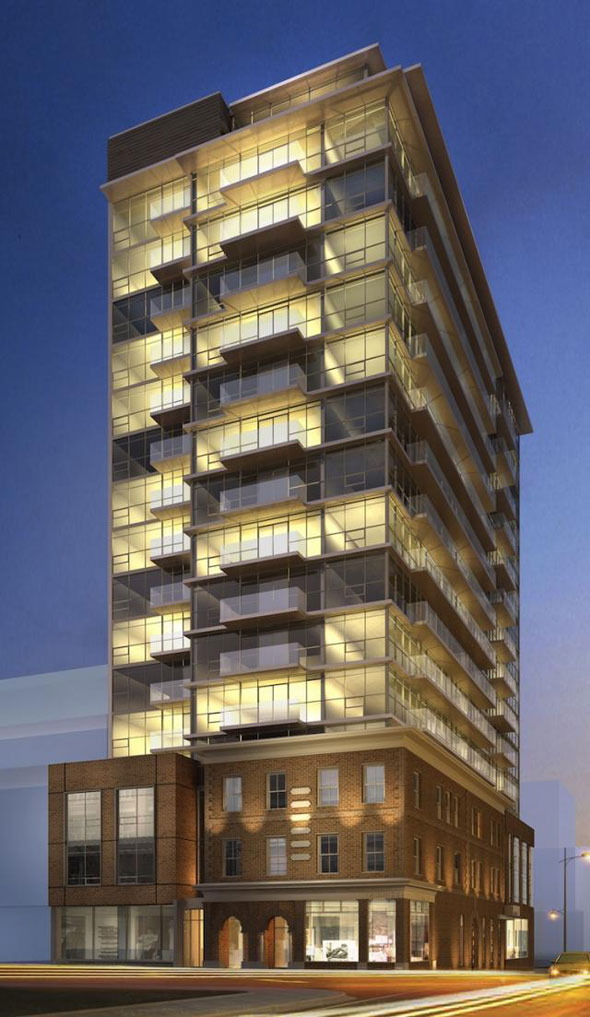 The demolition of the interior of the remaining building will take "a couple of weeks." Once that phase is complete workers will begin digging out the four-level basement and parking access from Abbey Lane, the road that runs parallel to this part of King East. "Weather permitting it will be the end of the month," says Rak.

"Early to mid June we'll start with shoring so you'll see big heavy equipment start drilling. That will be followed by excavation of the hole, then a crane will go up, and so on."

Another notable change will occur at street level around the same time. The current wooden hoarding, which is starting to attract posters and graffiti, will soon be covered by a set of graphics designed by LA Ads, a local company that specializes in outdoor advertising. The anti-graffiti coated display will include new renderings of the building with pink and black artistic touches that will match the sales colour scheme.

Many of the condos have been sold in advance of completion and the developers expect owners to start taking occupancy by Fall 2014. 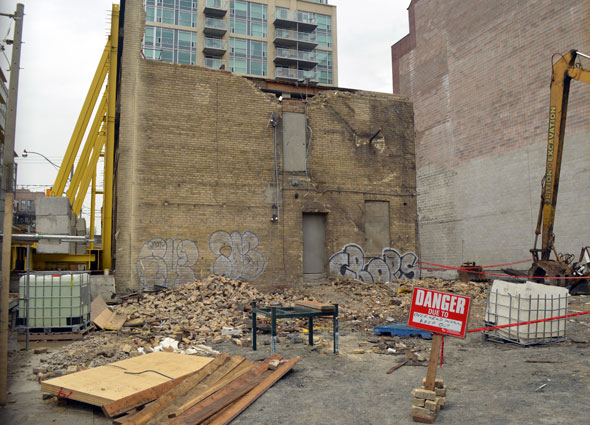 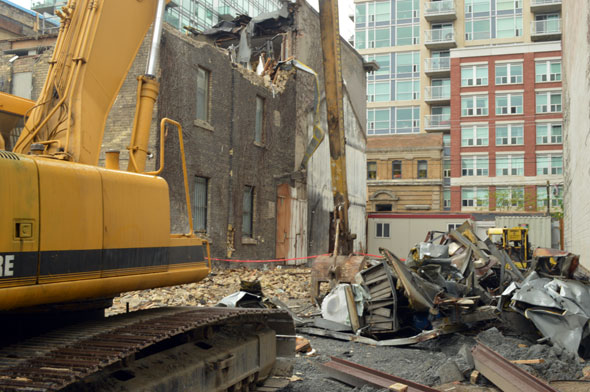 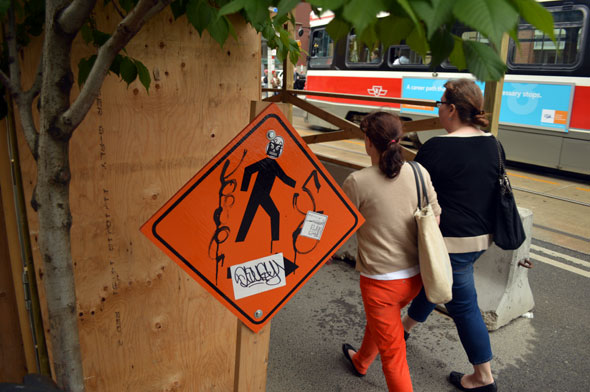 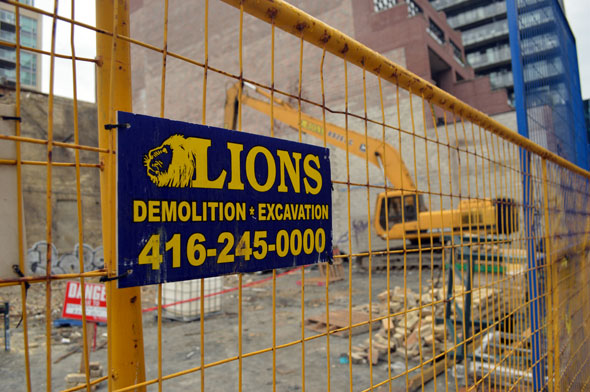 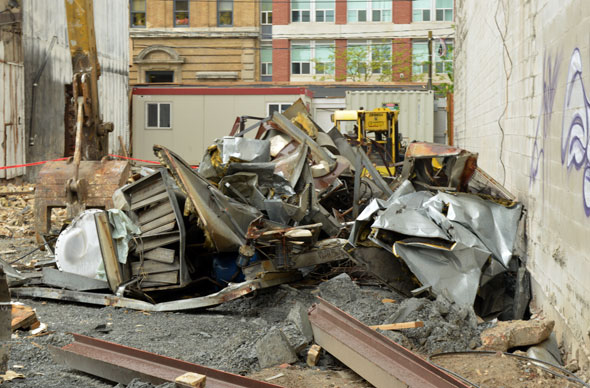