What the new Yonge Eglinton Centre will look like

The next few years are going to be a crazy time for Yonge and Eglinton. The intersection has been the focus of an intense amount of redevelopment, proposed and approved. There's the E Condos vision for the northeast corner, Build Toronto's plans for the disused bus bays above Eglinton station, and 3 other major construction projects slated for the busy intersection turning major transit interchange.

Leading the intensification plans is RioCan's $100 million overhaul of Yonge Eglinton Centre on the northwest corner, currently home to two stern office towers and a small underground shopping mall. New renderings show the in-progress project replacing much of the grey concrete with angular glass and steel while adding a significant amount of retail space. 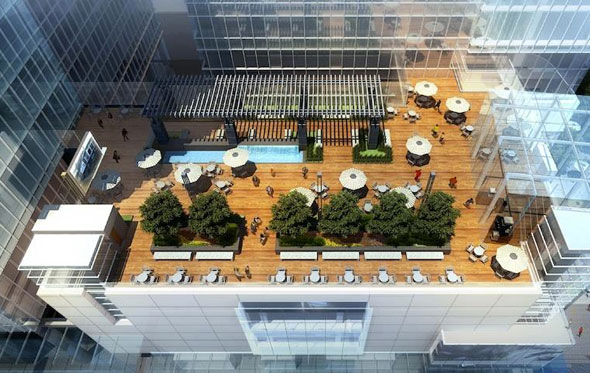 The most noticeable changes are happening at street level on the site of the current public square. A new three-storey glass "cube" (their term) will create a new entrance to a renovated shopping area while providing a public rooftop patio in exchange for the open space devoured by its footprint.

The twin office towers will remain but be extensively altered inside and out. When work wraps, both will be several storeys taller and clad in a reflective "curtain wall." The existing retail space above and below grade will also have been expanded by around 3,700 square metres.

The Metro supermarket and Cineplex theatre will remain in their present locations. 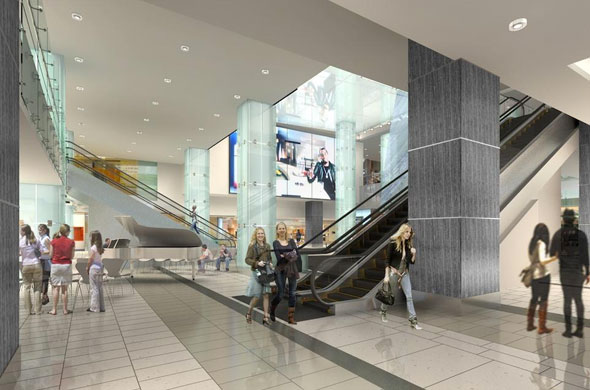 Yonge Eglinton Centre opened in 1974 and currently sees more than 30,000 daily shoppers, according to figures posted on the RioCan site. The development company purchased the property in 2007 and moved its corporate headquarters to the office towers a year later. Since then several minor tweaks have been made to the retail space and parking garage.

Prior to that a similar proposal for a two-storey addition in the space currently occupied by the public plaza was withdrawn in 2005.

The builders were criticized earlier this year for hammering, sawing, and drilling on the site 24 hours a day, disturbing residents of a nearby apartment building. A complaint to City Hall eventually silenced the late night construction and RioCan was denied an exemption to the noise bylaw.

It's expected the renovations will finish in stages starting in 2015. What do you think of the new look for the Yonge Eglinton Centre? Do you think the planned construction projects for the site will make the transit hub a desirable destination? 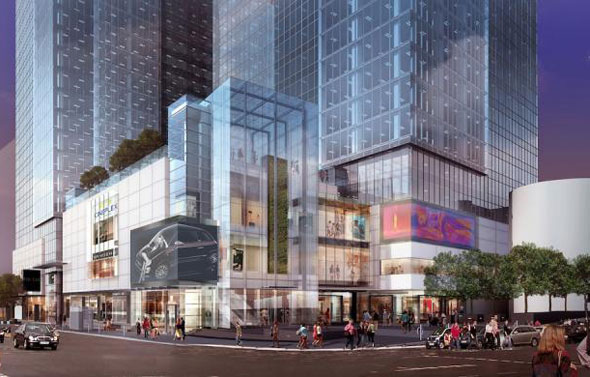 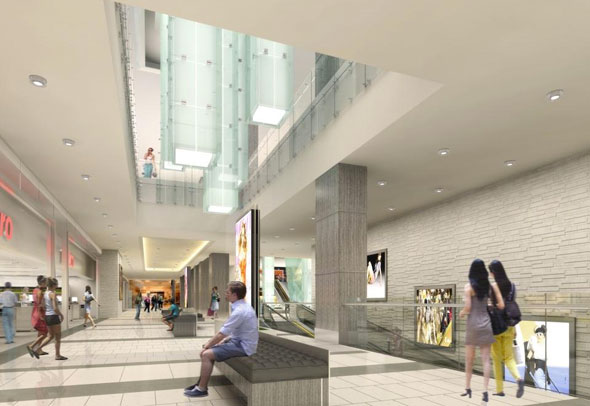 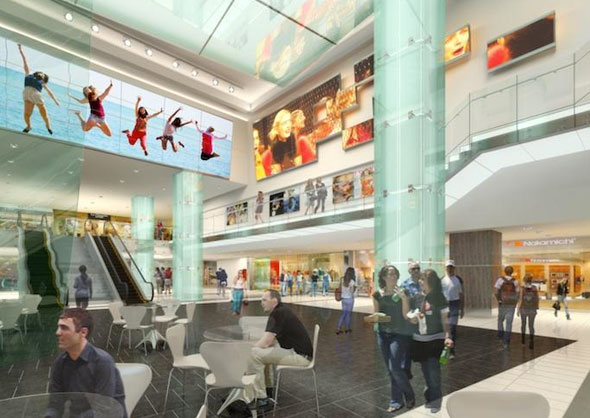