Details of the huge, six-tower cluster proposed for 1 Yonge Street are starting become a little clearer. If things progress as planned, the 26,996 square metre area south of Gardiner on Yonge, currently home to the Toronto Star Building and a surface parking lot, could sprout six towers between 40 and 88 floors.

New renderings of the planned development by Hariri Pontarini Architects show in greater detail the massive redevelopment project that could engulf (but retain) the International Style Toronto Star headquarters with two hotels, new office space, a theatre, and a significant amount of new residential property. 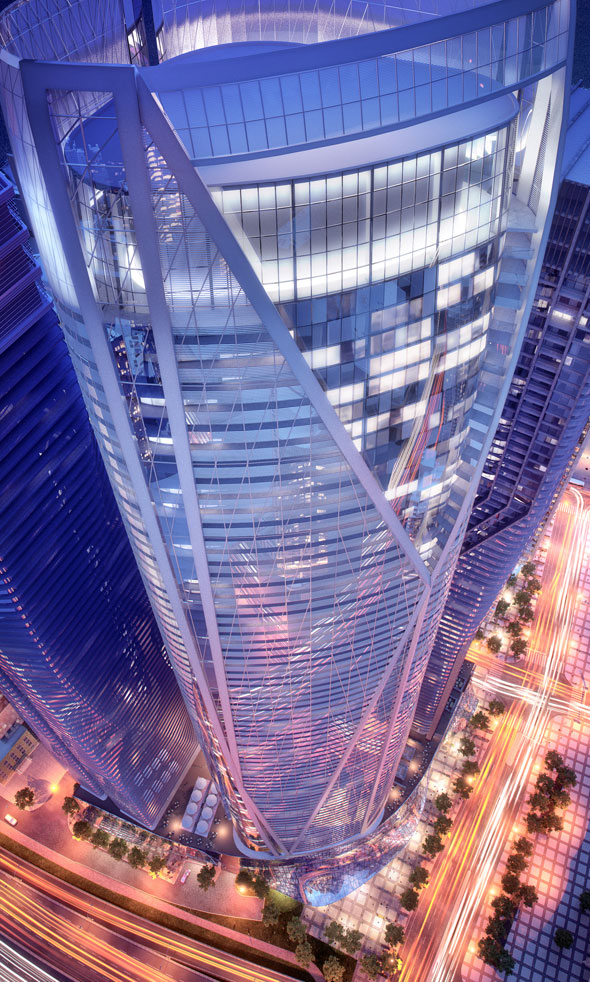 If approved, the site, split in two by a planned extension of Harbour Street, will be built to 22 times current density. On the northern portion of land, a cluster of four residential towers are shown rising from a flowing, wave-like podium.

The second cluster to the south is largely dedicated to office space and the space occupied by the existing newspaper operation. "Tower 5," marked as commercial, will be built just north of the Star HQ while a 70-storey combined hotel and condominium, "Tower 6," is planned at the corner of Freeland and Queens Quay.

Architects have also included a 1,030 sq. m. theatre, a 2,115 sq. m. combined restaurant and hotel coffee shop, a gym, and daycare centre within the podium of the southern patch of land. Much of what's currently on the site - a distribution centre, a squat office block, and large open-air parking lot - will be cleared for these amenities. 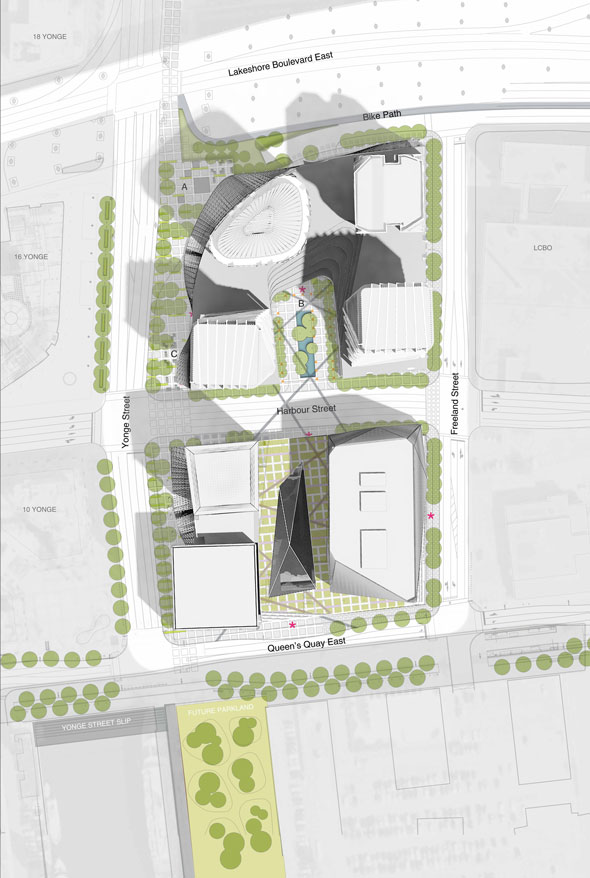 This latest batch of images shows a distinct progression from those released back in January. Since then, the project has grown an extra tower and designers have added extra floors and exterior modeling to the buildings closest to the waterfront.

The dazzling appearance of several of the buildings will likely make this development stand out more than most. The main building, "Tower 1," located on the corner of Yonge and Lake Shore, has dramatic vertical lines that sweep from the podium to the mechanical roof. Two matching buildings, towers "2" and "4," which are also part of the northern cluster, appear to twist in the middle in a kind of dog-legged kink.

The developers still have to clear several hurdles before these plans can be realized. The proposal has to go before Waterfront Toronto's Design Review Panel and the city will also pore over the details of the zoning amendment application.

What do you think of 1 Yonge? Are these the sort of towers Toronto needs on its waterfront? Are you happy the Toronto Star Building is sticking around? 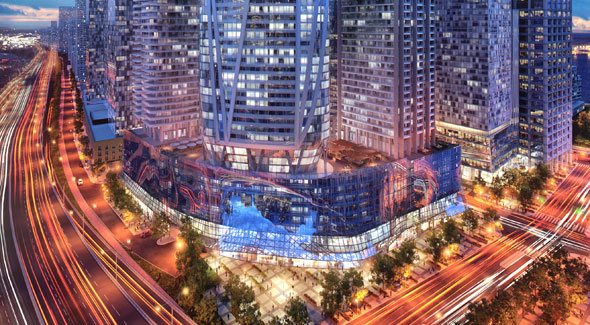 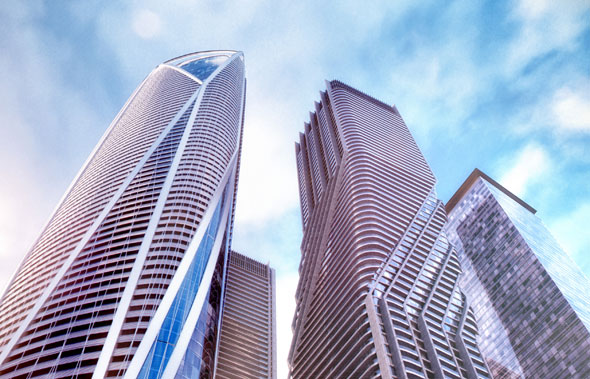 Top view of the towers. 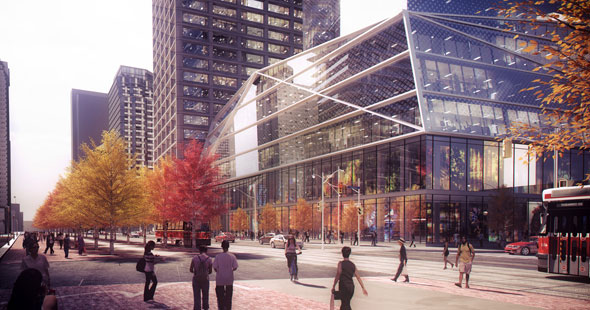 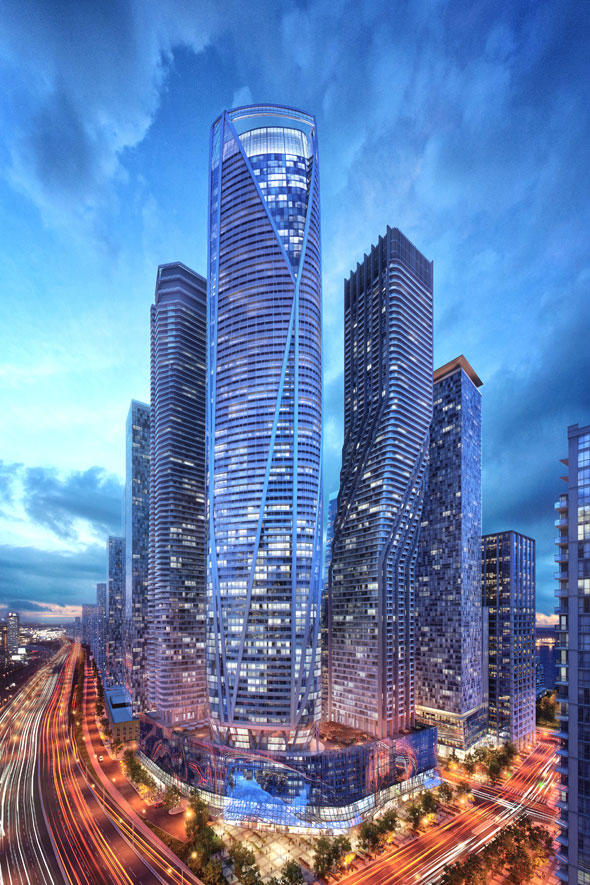 Full view of the 1 Yonge Street proposal from above the Gardiner, looking southeast. Two of the towers are obscured.