The developers of this property insist that they're not just putting together another batch of condos. While the building does include some smaller units, O2 is actually composed of mostly two-story maisonettes. Developers tout it as being "focused on art, design and space...each home is filled with Imported italian finishes in an area that's ready to burst with life."

I think the key to focus on here is "ready to." The area is not yet bursting with life by any means. I'm sure some would debate my assessment, but I'm pretty sure I saw a tumbleweed billowing by as I checked out the development site. An elderly lady glared at me from her rundown porch as I scoped the scene. She was the only human I saw. That said, no one can wholly predict the direction a section of the city will take. 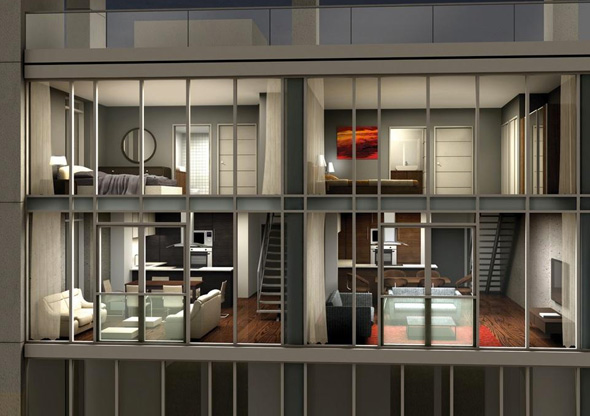 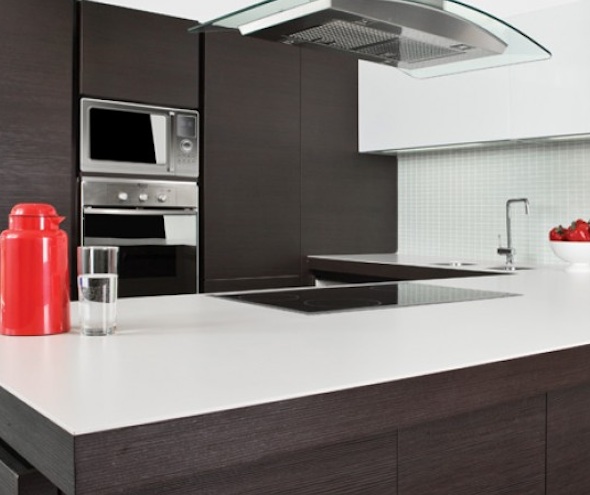 The developer hasn't released many images yet, but I do like the spirit of the design. It makes a lot of sense to build more multi-floor units in the city because it accommodates families so well but also because it (at least somewhat) breaks with the cookie-cutter approach to condo design.

The floor plans appear to be nicely proportional as well, with plenty of space allocated to living areas, and generous terrace space. 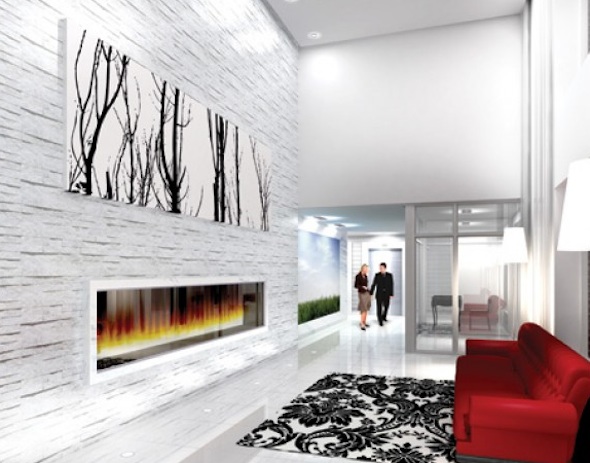 For a property that claims to be so luxurious, O2 is kind of lacking in the amenities department. Where are the all-inclusive horse drawn carriages and pillow caviar and private jets and so on? This is sort of a flip-coin criticism, though, as fewer amenities can keep the maintenance fees down. 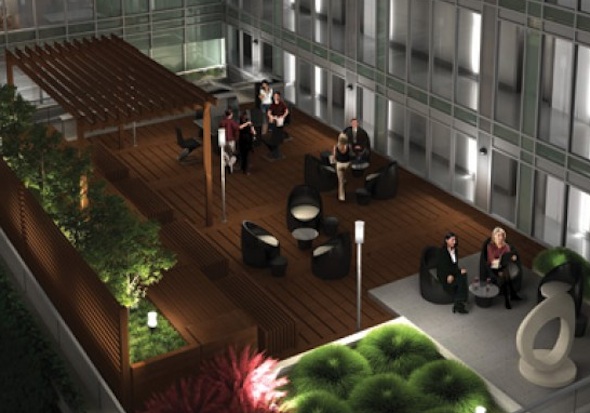 This appears to be a development in the midst of an identity crisis. It doesn't want to be a soulless condo development, but it doesn't seem like it'll be able to make the leap into much else. And the area isn't fabulous. Time will tell, however, and maybe they'll blow all of our socks off in the end. Maybe. Stay tuned. 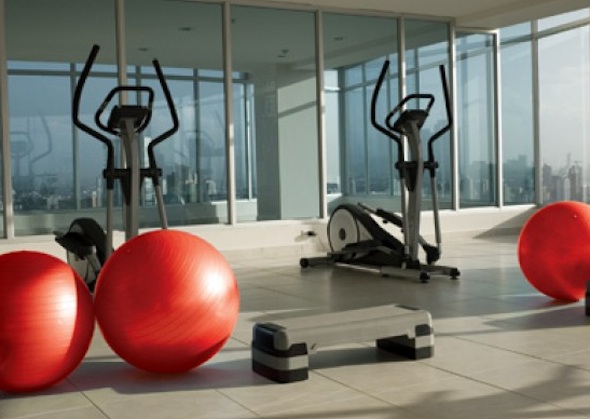 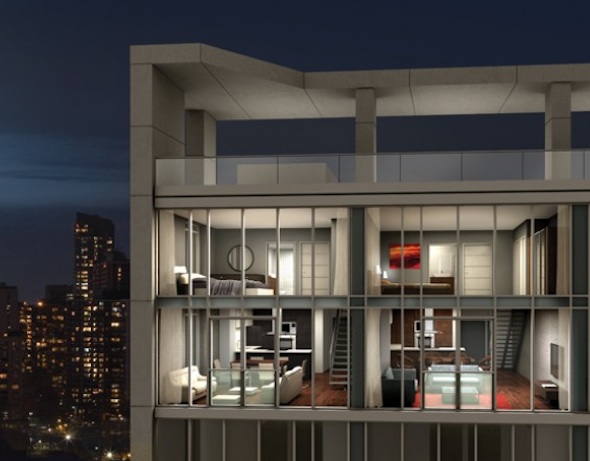 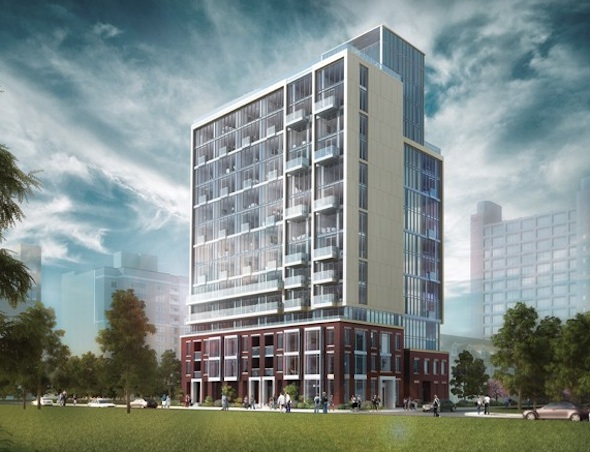