Meet the men behind the first breweries in Toronto

Toronto's beer drinkers are spoiled for choice when it comes to locally-produced beverages. Each year it seems a new microbrewery begins bottling its concoctions. Now, where there was once just mass-produced light lagers, IPAs, pilsners, stouts, pale ales, and wheat beers are now sating thousands of thirsty locals.

Though the craft beer boom is a relatively recent phenomenon, Toronto's once-pristine creeks and streams have been used to brew ale almost as long as there's been European settlement here. In fact, it's been more than 213 years since the first amber, fermented beverage passed lips in Toronto.

The first person credited with crafting a batch of beer for the purposes of selling it to taverns, rather than just personal consumption, was John Henderson, a brewer who arrived from Kingston as an adult in 1800.

A "British born subject," he built and named a brewery after himself on the northeast corner of Duchess and Caroline streets, now Richmond and Sherbourne, on the banks of Taddle Creek, a now lost waterway responsible for the odd kink in Queens Park Crescent West. Henderson used his connections in his old city to arrange shipments of wheat and grain from Kingston and towns on the Bay of Quinte.

At the time, York was dependent on importing butter, meat (pork, hams, beef, and mutton), and flour from the established settlements of Niagara, Kingston, and Genesee County, New York. Fretting the town was propped up by imports and government cash, John Stewart, a rector from Kingston, wrote that "there are more people now in York by one third than the place can support" in a letter to the Bishop of Quebec in 1801. 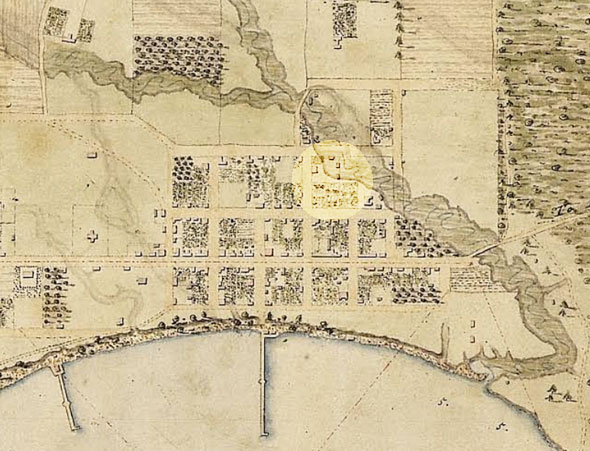 Henderson's first brews were most likely similar to modern Weissbiers. Barley wasn't among the products he ordered shipped to his property during the first few years, and the resulting drink was probably naturally cloudy as a result.

He supplied Abner Miles, the owner of York's first tavern, and possibly William Cooper's Toronto Coffee House - an establishment closer to a pub than a cafe - though the owner there listed "London porter" among his offerings and didn't mention Henderson's beer by name.

A few years later, newspaper reports reveal Henderson had acquired a source of barley and presumably altered his recipe accordingly. He expanded the brewing operation to include a tannery and slaughterhouse with a contract to supply the soldiers at Fort York with beef. In August 1806 he advertised that poultry, "fresh pork, and mutton will always be ready on a day's notice" from his sprawling plot of land. 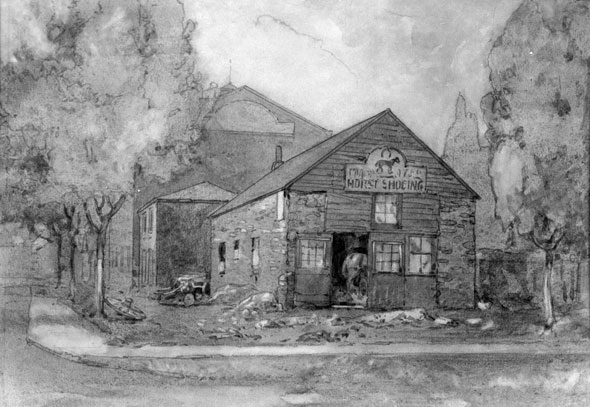 When he wasn't making beer or preparing meat, Henderson held several positions of authority in the city. In 1802 he was elected in charge of the town's animal pound and in 1805 was promoted to the position of assessor under town clerk Ely Playter. He must have had a head for numbers as he was also the town's tax collector for a time too.

By 1808, Henderson had decided to sell his brewery, possibly as part of an unsuccessful bid to be elected to the House of Assembly. He listed its output at 30 barrels of beer a week, which works out to about 345 pints, in the Upper Canada Gazette. The site included a "plant for malting, brew house, working tubs, coolers, two kilns for drying malt, a granary, pumps, a patent brewing malt mill, two good wells of water, and stable."

The operation was adopted after three years on the market, in 1811, by Dr. Thomas Stoyles, an American who acquired his medical training before coming to York in around 1799. Henderson purged the brewery of remaining stock before he quit, encouraging locals to fill their kegs with his "strong and clear" brew for $6 a barrel from "sun-rise to sun-set," (but not on the Sabbath, of course.)

Now freed from his brewing business, Henderson was able to marry his sweetheart Elizabeth Hunter in April 1811. The marriage didn't last long - the founder of Toronto's first brewery died after a long illness on the 13 October. Elizabeth would go on to marry William Shaw, another prominent early citizen, the next year. 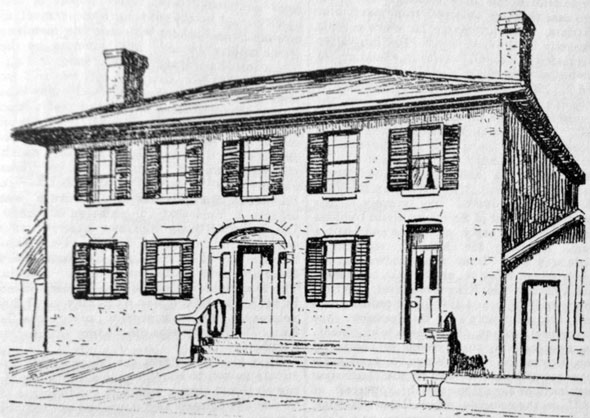 Living north of the border, the new brewer Stoyles appears to have never used his medical training and entirely devoted himself to the sale or production of alcohol. Before buying the Henderson brewery, Stoyles had taken over Abner Miles' tavern - an important early institution - and renamed it for himself.

According to John Ross Robertson's Landmarks of Toronto, Stoyles abandoned that property during the War of 1812 and it was taken over by "an American" who upset customers when he refused to join the local militia fighting against US invaders. For his disloyalty, the building was stoned by disgruntled locals.

Stoyles took on partners Mallory and Doel in 1818 and continued to expand the grounds and increase its beer production. The brewery later included a 50-foot row of brick arches dug into the banks of Taddle Creek and along the south end of the property that were covered with earth and used for storage and fermenting.

During his time as a brewer, Stoyles was, as a prominent citizen who also held public office, assigned to investigate the circumstances of the famous duel between Samuel Jarvis, for whom Jarvis Street is named, and John Ridout, the son of Upper Canada's Surveyor General, alongside coroner "Thomsas" (likely a misspelling of Thomas) Hamilton.

Jarvis killed Ridout on the 12th July, 1817, in Elmsley Field at today's Yonge and College during an organized gun battle arranged to settle a long-running dispute. In classic fashion, the pair stood back to back and walked in opposite directions. Ridout struck first, too early, and Jarvis was allowed to kill him as a penalty by the two referees, Jas. E. Small and Henry J. Boulton.

The lead bullet, fired from Jarvis' 10-shilling pistol, hit Ridout in lower part of the neck, tearing out his jugular and windpipe and felling him to the ground where he "there instantly died," according to the report Stoyles cosigned. The Hamilton and Stoyles concluded Jarvis was "moved and seduced by the instigation of the Devil" and he was later acquitted of murder.

Back at the brewery things seemed to be going well. Reports noted that the business was paying "50-100%" more for hops and barley from local growers in an attempt to prevent the harvest being sold to the United States. By 1920 there were "five breweries established or erecting in or near this town" and Stoyles' brew was competing with imported ales that were assed a sixpence per gallon duty. 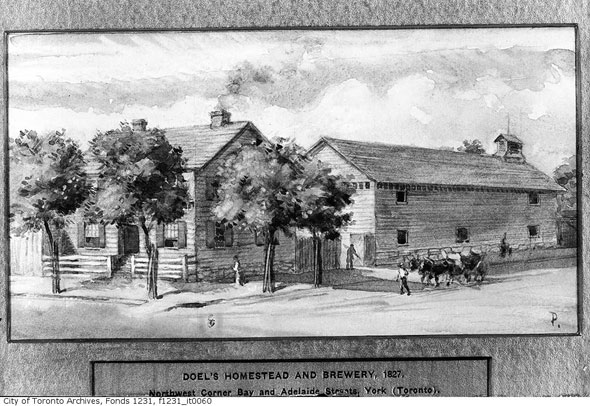 Just two years later, however, the Stoyles-Mallory-Doel partnership was dissolved and the brewing operation closed soon after. There isn't a clear reason for this, though it's possible the religious convictions of Dr. Stoyles may have been at play. In 1930, he cofounded The York Temperance Society, a group that passionately advocated for teetotalism.

During the same post-brewing period, Stoyles also chaired a meeting to discuss securing independent representation for the town of York from the rest of the province. The meeting ended in disorder when someone threw an apple at Dr. Stoyles.

Stoyles died on February 27, 1832, aged 71 as one of the oldest citizens of York. With no heirs, his remaining King Street property and estate was left to the Methodist Church. The old brewery at Sherbourne and Richmond became a blacksmiths, as shown in the lead image and later drawing.

The beer, however, kept flowing in Toronto.