The former Toronto Film Studios land on Eastern Avenue is ready for its next scene. A major new plan to redevelop the partially disused lands north of Lake Shore, unveiled today, envisions a sweeping new mixed-use development and a revitalized "hub of digital enterprise" on the existing 19.5-acre Revival 629 lot.

The renderings, which developers stress are preliminary, call for a total of 10 new low-rise buildings that will house new retail outlets, offices, a public plaza, and a hotel. There won't be any residential units, though. The Ontario Ministry of the Environment has deemed the brownfields site unsuitable for homes and condos. 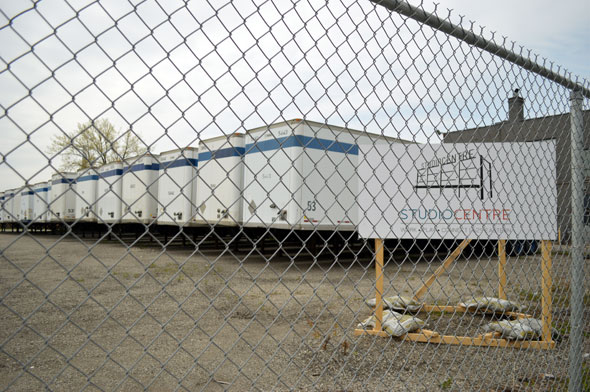 This is the second attempt by SmartCentres to build something on the land in the last decade. When the Toronto Film Studios moved to a new location, now known as Pinewood Studios, in 2008 it left its old home vacant. The first proposal called for a major entertainment and retail centre, possibly including a WalMart, but it was rejected by the city and turned back again at the Ontario Municipal Board.

The disused property was briefly used as a makeshift detention centre during the 2010 G20 summit.

"There were a lot of comments that we've taken away, and we've learned," says Ornella Richichi, the developer in charge of the project. 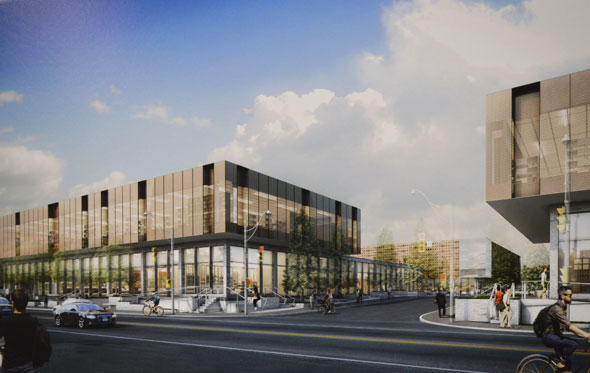 The renderings show a relatively low-key development with plenty of sweeteners for local residents. A new separated bike path is drawn connecting Eastern Ave. to the Martin Goodman Trail, a "respite area" off the south side of the property will include water for dogs and seating, and a public plaza at the centre of the site is imagined hosting outdoor movie screenings in the summer.

The existing studio buildings, now known as Revival 629, will be stay and be extensively retrofitted during the construction process. "We want to incorporate the studio into the rest of development, there's huge history here. It's that sexy movie thing ... we want to bring as much of that out to the community," continues Richichi.

A unique feature of Studio Centre is the above grade location of the majority of its 891 proposed parking spots. The soil below the site is considered so poor that underground excavation is almost entirely ruled out. Its location on the floodplain of the Don River also means most of the buildings must be built on land that's been raised by at least four feet. 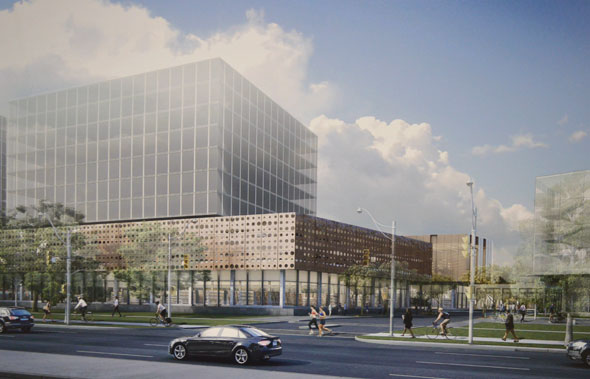 No companies have officially expressed an interest in renting the hotel or retail outlets but developers expect the entire site to create around 1,200 jobs for "enterprising start-ups." They're keeping mum on the budget too, but Ornella Richichi says it will be "very large, it's going to be a huge investment."

If all goes according to plan, the Studio Centre final site plan will be filed with the city and scrutinized by planning staff. Nothing will be built before the designs have cleared the necessary approvals, a process that will likely take several years.

What do you think of these new plans for Toronto's former film studio lands? Are you pleased the Revival 629 studios will be sticking around? What would you like to see changed? 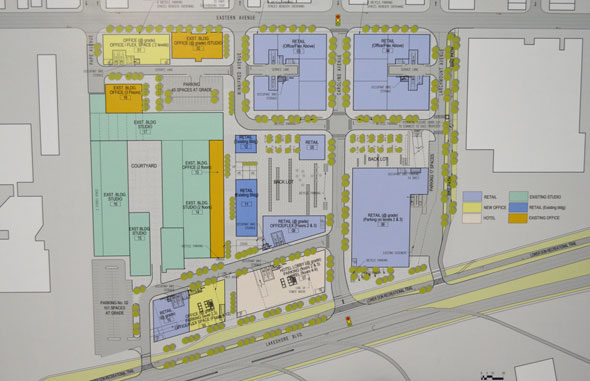 Map of the Studio Centre development. 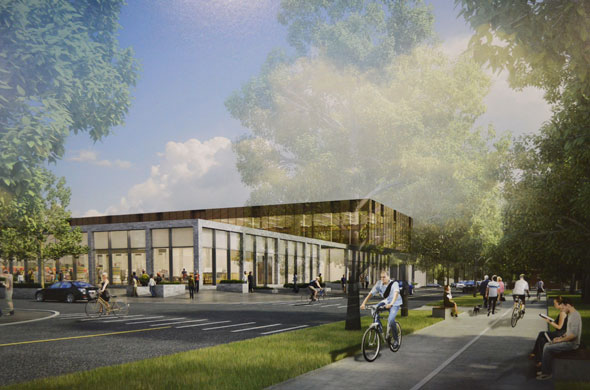 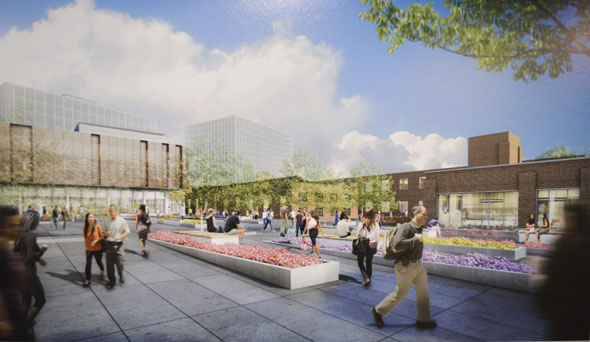 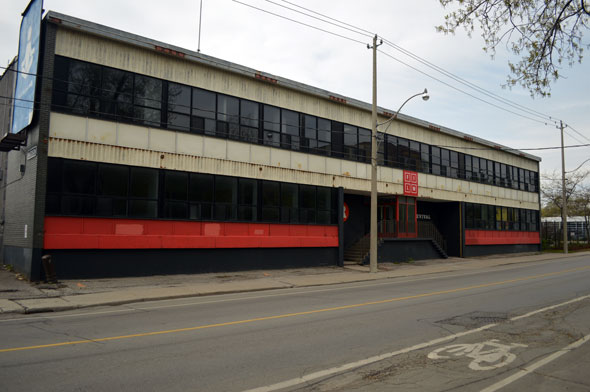 A disused building currently on the site facing Eastern. 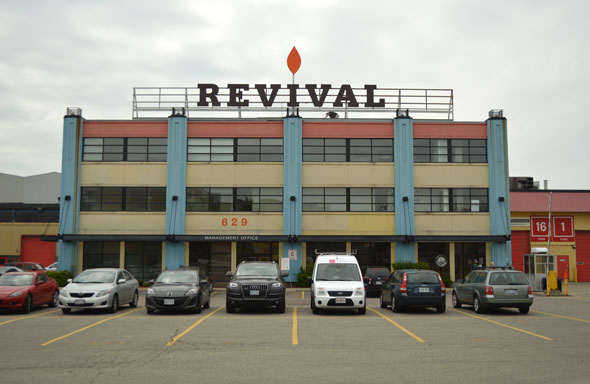 The front of the Revival Studios building as it appears today. 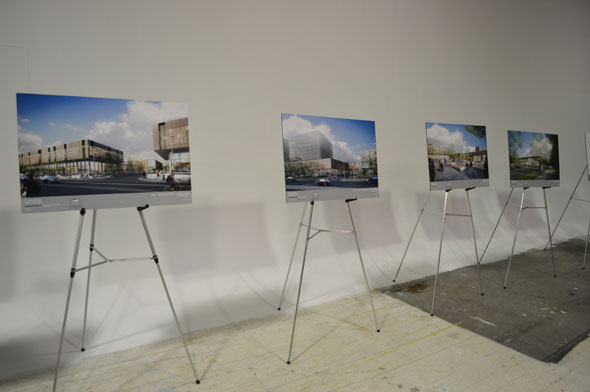