Kensington back under threat by big box development

A bitter battle to fend off a major shopping centre on the doorstep of Kensington Market is about to enter a new phase now that developers have filed a zoning amendment application with the city.

The Riotrin Properties proposal for 410-446 Bathurst calls for an 11,458 square metre, three-storey commercial building with potential for a single store of up to 8,800 square metres on the second and third floors with roughly 10 smaller outlets at street level.

302 parking spaces would be built below grade on the heavily trafficked street. It's likely the size of the retail space is designed to target large chains looking for an outpost in a thriving part of the city.

"We do not want to see a Target or a WalMart on the doorstep," says Mike Shepherd, chair of the local BIA. "Kensington Market is one of the few places left in Toronto that you can go in there, find a lease for under $2,000 a month in a small space, and make some money as a small business owner."

"If you take that away from from everybody, that opportunity, those spaces where people can go into and try new ideas, the city's going to become a big a box store right across the board." 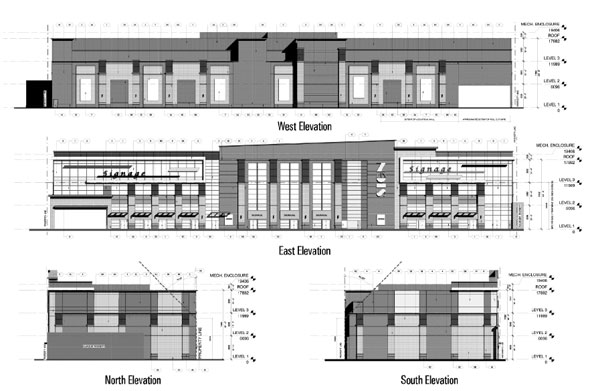 Over the last few years, the proposal for the land including and surrounding the former Kromer Radio building has been rejected by the city's committee of adjustment and the Ontario Municipal Board.

Applying for a zoning amendment represents a new approach for Riotrin, a part of Riocan, who seem intent on bringing their retail vision to the west side of Bathurst, just south of College. So far no retailers have been confirmed in association with the project. 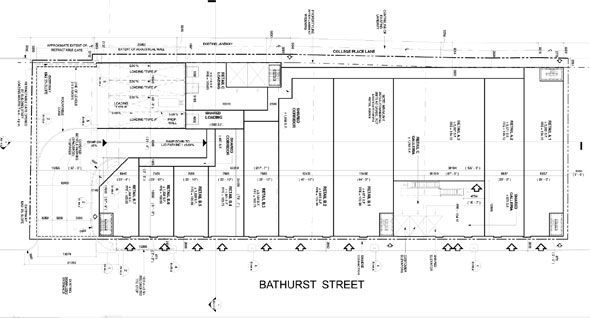 David Perlman, a 35-year Kensington resident who represented the local area at the OMB hearings, has similar concerns.

"That section of Bathurst Street has been waiting for redevelopment for a long, long time," he says. "To take almost half the block and turn it into one suburban-style superstore will eliminate the potential for that block to be developed in harmony with the neighbourhood."

"I think it should be at the very least some kind of mixed use site ... [Riotrin] is treating it as though they've been slapped on the wrist for trying to do it through committee of adjustment and that there's nothing wrong with the plan itself, and I think that's a mistake on their part."

The developers will have to hold two community meetings as a result of the zoning amendment application, the first to be scheduled in the next few months and the other at the end of 2013.

What do you think of the proposal? Should big box retail be kept out of the neighbourhood or is the appearance of major retailers an inevitable progression in the life of Bathurst Street. Can the road as it's presently configured handle the additional vehicle traffic?