Is this the nicest place to do laundry in Toronto?

A 23-year-old OCAD student named Thomas Hart has found a way to make dirty laundry adorable. He noticed a rundown laundromat near Harbord and Manning, and thought it was sad to see it in such bad shape. So he bought the business and revamped it into a cheery neighbourhood hangout, fully equipped with seating areas and WiFi.

While Harbord Coinwash is still very much a functioning laundromat, it has the vibe of a small, hyper-local cafe. The space is also a gallery now. Hart has been showing a CONTACT exhibit there since the beginning of the month, and he has artists lined up to show their work there for the next few months already.

"I wanted to make laundry fun again," Hart says. He works as a server as well, and he believes everyone deserves high-end customer service--even if it is just while doing laundry. 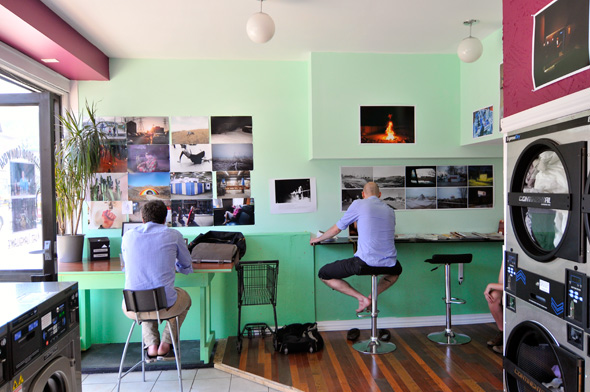 "The laundromat is a cross between a public and private space. It has really good potential. Everyone who uses it lives close by, so they can come here and see who their neighbours are."

He wants to make people feel at home while they launder, as opposed to being bored and grumpy in a dingy, dimly lit and poorly attended estabishment, as so many laundromats are. "I want to make this their space as well," he says. 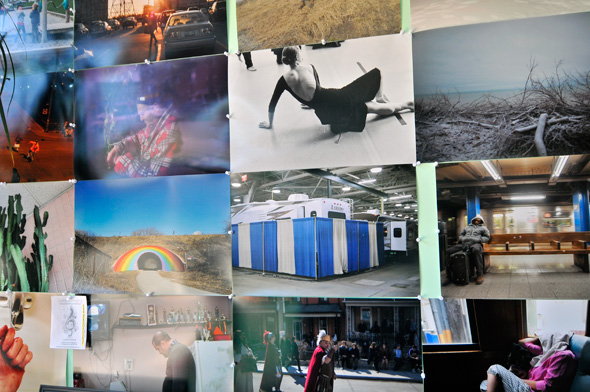 "Private as Public" was actually the theme of the CONTACT exhibit. The festival approached Hart because they saw what he was doing with the venue. About 100 people crowded into the coinwash on opening night. Hart plans to host events like that on the regular. He's already hosted a clothing swap, and plans to start a monthly Retro Music, Retro Price night. And he gave away cupcakes on Easter, a cute gesture he plans to do again. 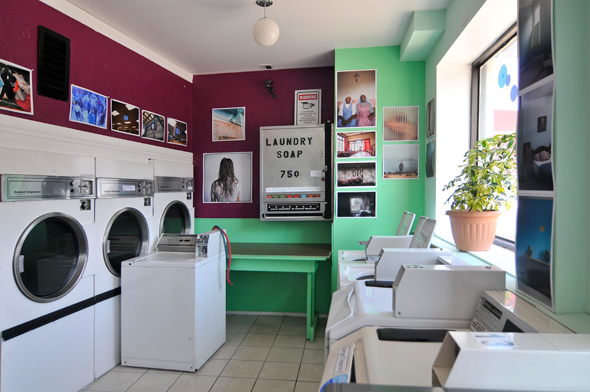 When it comes to day-today operations of the business, Hart is focused on being as environmentally friendly as possible. When he bought Harbord Coinwash back in January, he was concerned about the water and energy used by machines. So he got rid of most of the older machines and replaced them with high efficiency ones. There were two hot water tanks when he bought the place, and he was able to cut it down to just one. He put the lighting on a timer system, so it doesn't come on during the day, and he used reclaimed materials for the renos. 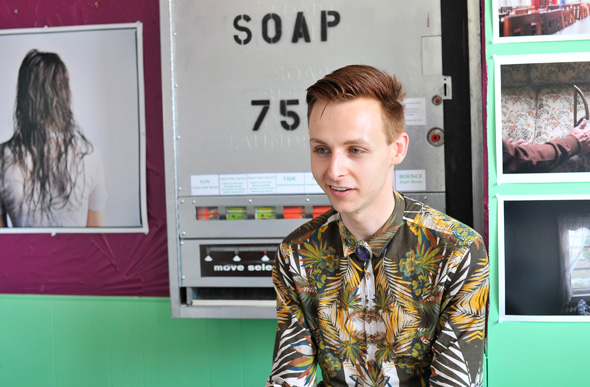 That's the other thing. Hart, who studies industrial design, is one of those superstar people who does everything. He did all the renos himself, outfitting table tops and parts of the floor with found wood.

"I've had to use laundromats before, and they're never nice. I saw no reason why this one can't be nice. It doesn't cost a lot of money, just time and planning." 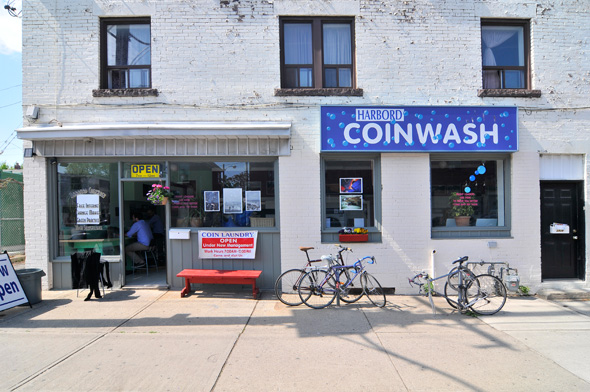