Did Toronto just have an earthquake?

Toronto just had an earthquake. Yup, the news surrounding Rob Ford isn't the only earth-moving event of the day. Two earthquakes, a 5.2-magnitude tremor and a 4.1 aftershock, were reported by Earthquakes Canada 18-20 kms northeast of Shawville, Quebec, a town close to Ottawa.

The rumble, reportedly 10 seconds long, was felt here in Toronto and as far away as Cleveland around 9:43 AM but no property damage has been reported. Several buildings were evacuated in Toronto as a result of the earthquake. 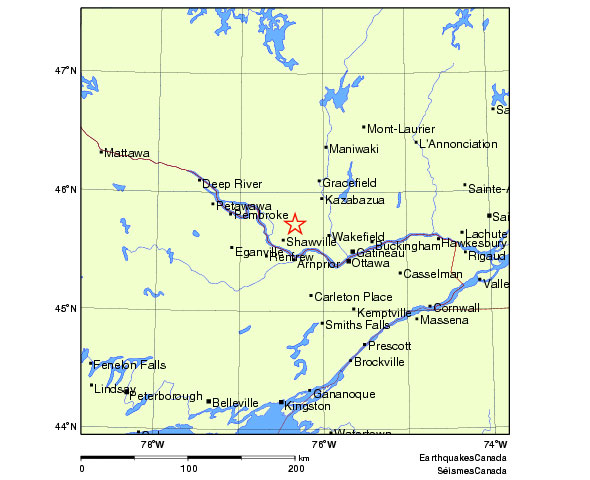 In the immediate aftermath Twitter was alive with reports of rattling dishes, trembling drinks, and other minor household disturbances. Here's the best of what's circulating:

Did you feel the earthquake in Toronto? Seen any damage?