A study in facade preservation at Yonge & Temperance

There's been barrage of chiseling, jackhammering, and thumping coming from of the construction site on the west side of Yonge between Adelaide and Temperance recently. The old building that used to be home to an Addition Elle outlet is now nothing more than a concrete shell and the 163-year-old building next door has vanished. So, what's going on?

Put simply, the old heritage building that used to be on the northwest corner of Yonge and Adelaide is undergoing something of a Face/Off-style procedure: its historic facade is being taken down in pieces, polished up, and reattached to the building next door. Trouble is, the host building didn't have the same bone structure.

"It didn't align very well in terms of columns, beams, and floor slabs with the facade that we are going to put on it," says Ryk Stryland, Brookfield's senior vice president of development. 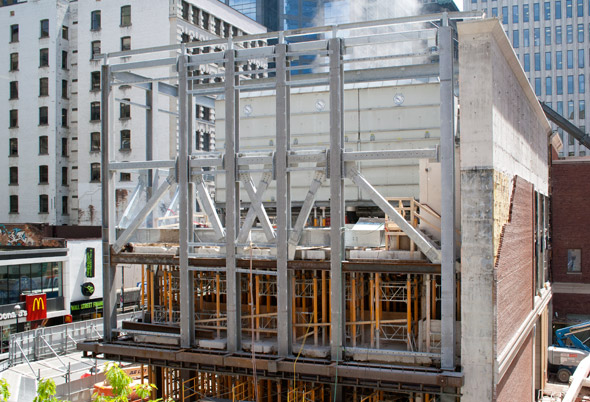 To get around this issue some serious plastic surgery was required. "We basically propped everything up and then started to cut away all the bits that needed to be replaced. That's what you see happening now. We have everything supported on these on the yellow props."

"The next step will be some time in the next six weeks or so we'll start bringing back the restored sections of the historic facade ... you'll see a whole new, albeit old, structure being re-erected in the next few months." 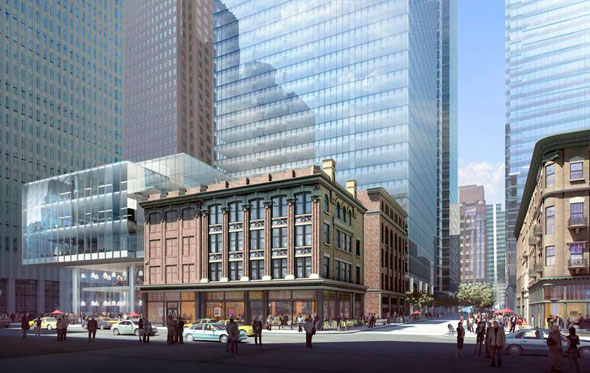 When the restored historic facade is reapplied it will hide the mechanical guts - fire pumps, cooling towers, emergency generators, chillers, and transformers - that are currently servicing the Bay Adelaide West tower and will eventually be hooked up to the new East tower as well.

"We have to work around all that existing equipment," continues Stryland, which he says adds an extra layer of complexity to the project. 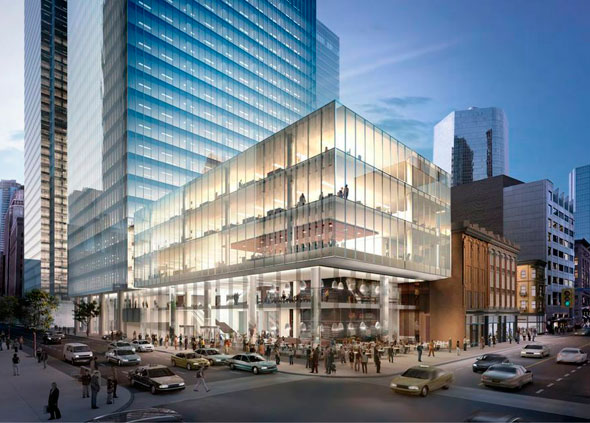 The brick structure at 118 Yonge Street is the last remaining piece of the Elgin Buildings, a Georgian-styled row that once stretched the entire block from Adelaide to Temperance. Completed in 1850, it is one of the oldest surviving buildings in Toronto and is remarkable for its detailed brickwork and quality craftsmanship.

Brookfield the restoration will create a "heritage gateway" at both ends of Temperance Street with the recently renovated Dineen Building, home of blogTO. Drawings imagine the street, new public plaza between the Bay Adelaide towers, and Cloud Gardens tied together to form a large outdoor public space for markets and concerts.

"It's going to be spectacular," says Stryland. 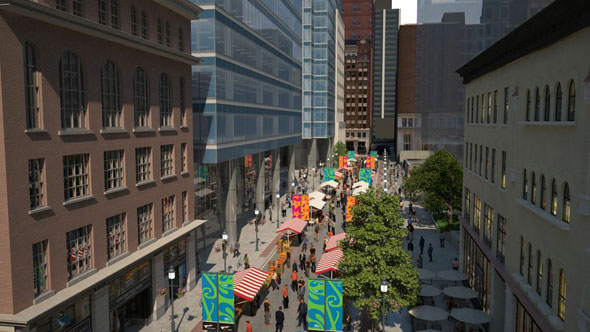 Temperance Street as an outdoor market as viewed from Yonge Street. 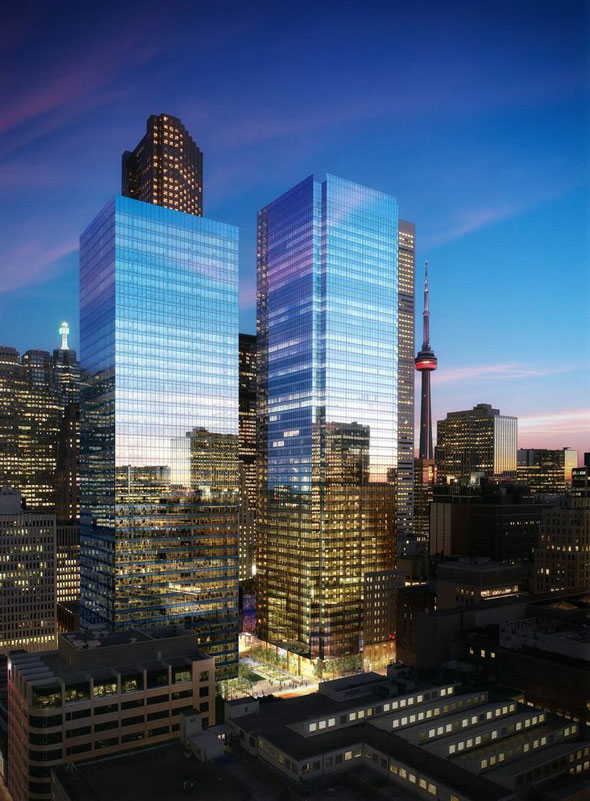