This half house is one of Toronto's most bizarre homes

It's not an optical illusion. This Toronto house really has been sliced and diced.

Once part of a row of six matching properties on St. Patrick St., the home is now a relic of a bygone era. 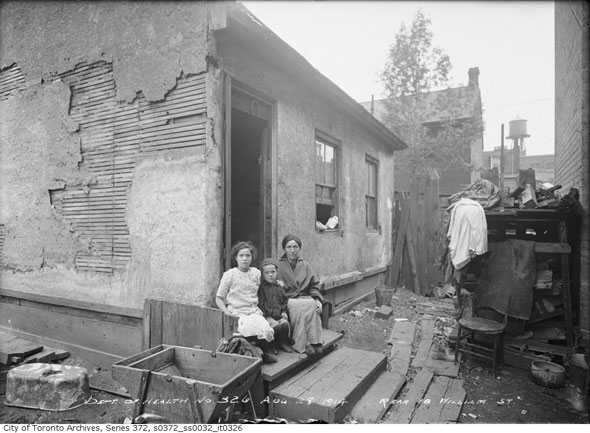 Like many bay-and-gable homes close to the ever-expanding core, demand for land made survival unlikely. Yet 54 1/2 St. Patrick has managed to hang on, a rare survivor out of a squalid slum. 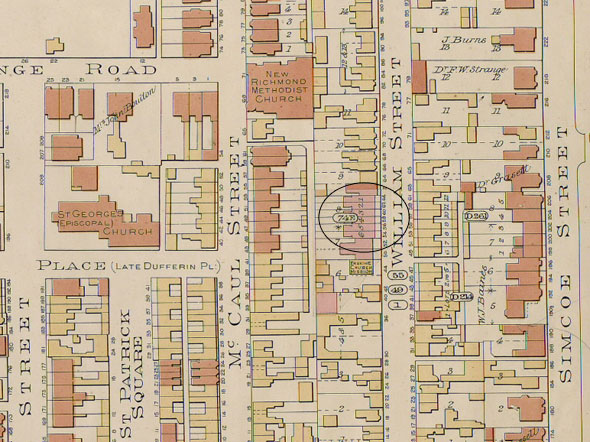 The row of houses was built between 1890 and 1893 on what was first Dummer Street, then William Street, then, finally, St. Patrick Street.

For much of its past, the street was blighted by poverty. Early photos show severe faces, crumbling wall cladding, and backyards strewn with detritus. More recently the area between University and Spadina has been home to a large Chinese community.

Starting in 1957, most of the block bound by Queen, McCaul, St. Patrick, and Dundas Street was purchased in pieces by Windlass Holdings Ltd., the company that developed the Village by the Grange, sometimes using aggressive tactics to secure land deeds. 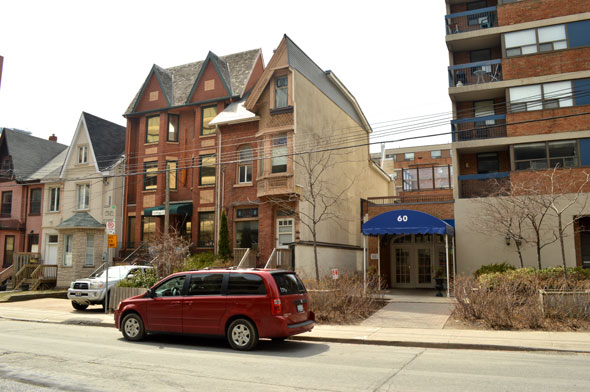 The owner of 54 St. Patrick Street - once part of the original terrace - complained to the Toronto Star that the company's actions were "an extreme example of blockbusting," claiming he had received over 300 directives on his property in a single year. 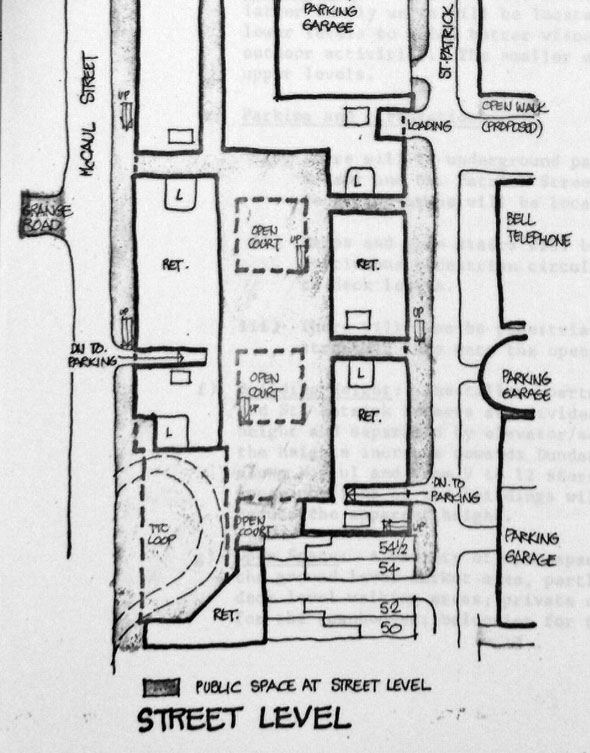 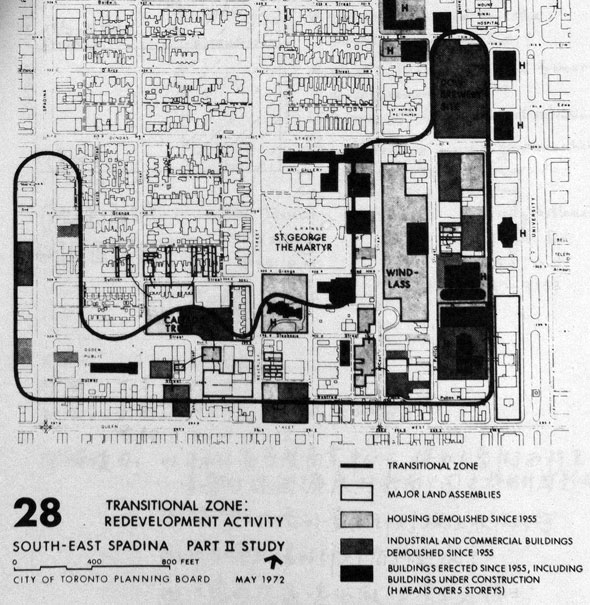 Despite some resistance, the owners of the homes sold at different times, and the row was pulled down in pieces like tooth extractions.

The sole-survivor was once the third house in the row from the south - the similar buildings next door are a later addition built on top of a laneway. 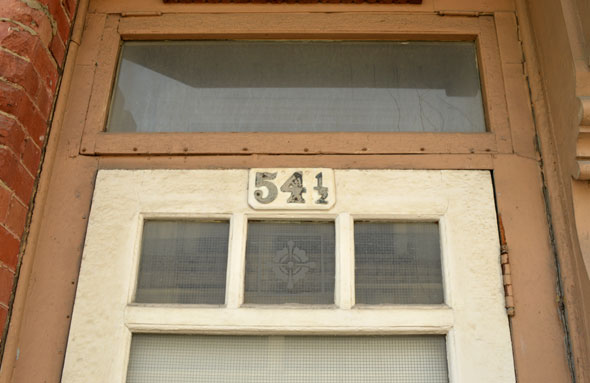 Though the development company was interested, it was never able to secure what's now 54 1/2 St. Patrick. 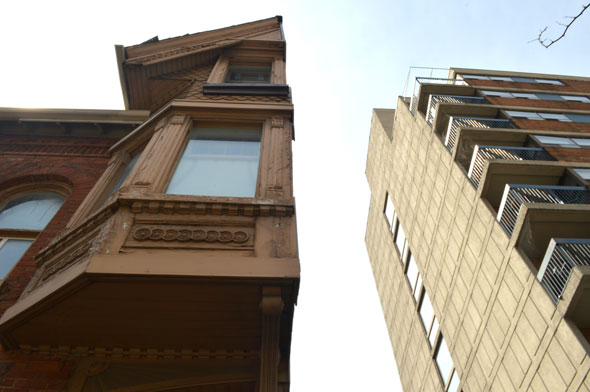 Instead, the company demolished its neighbour to the north with surgical precision, ensuring not even the woodwork on the facade of the hold-out building was disturbed. An internal supporting wall became a blank exterior when the house next door came down. 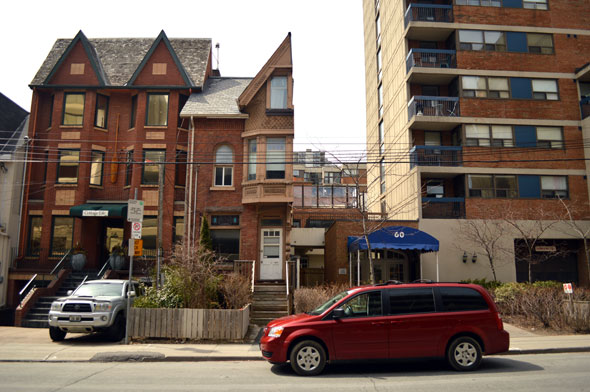 The owners of the original building to the south, the one preceding the current property, held out a while too. Pictures taken in the mid 70s show it clearly inhabited with cars in the driveway.

Eventually, however, just one of the six in the row of homes would remain. The Village by the Grange, originally a much denser housing project, opened in early 1975 after several concessions were agreed between the city and Windlass. 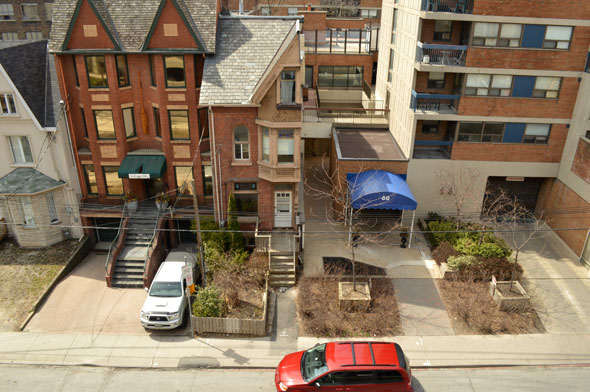