What are the 5 best new buildings in Toronto from 2012?

More than 140 buildings are under construction in Toronto right now, but they can't all be wonders of design and engineering. That's where the PUG Awards come in. The annual event celebrates (and laments) the last year's crop of new buildings, handing out an award for the most and least popular new structures.

Among the high-profile projects up for consideration this year: the Shangri-La Hotel, Yorkville's Four Seasons Hotel, the George Brown Waterfront Campus, and the two new residential additions to Regent Park revitalization - the Daniels Spectrum and the Paintbox Condominiums.

Though there are no real howlers to speak of here, there's a decent helping of mediocrity among the low-rise apartment buildings. The worst architectural crimes on the shortlist (if you ask me) are the ones that make a new building simply forgettable.

Voting runs until May 31st and the winner (and loser) will be announced in June. In order to qualify for the PUG awards the buildings had to be completed in 2012 and be larger than 50,000 square feet. Which building do you think will be judged the best? Are there any buildings, good or bad, missing from the list?

Here are a few predictions for the top award: 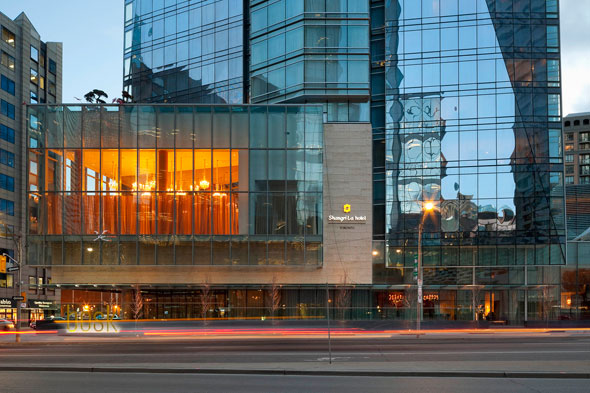 One of the most conspicuous additions to Toronto's skyline in 2012, the 65-storey Shangri-La has plenty of admirers. The building houses a high-end hotel, luxury residences, David Chang's Toronto restaurants, and a private spa and steam room, but does the mostly-glass exterior exemplify quality design or add another boxy column to the core? 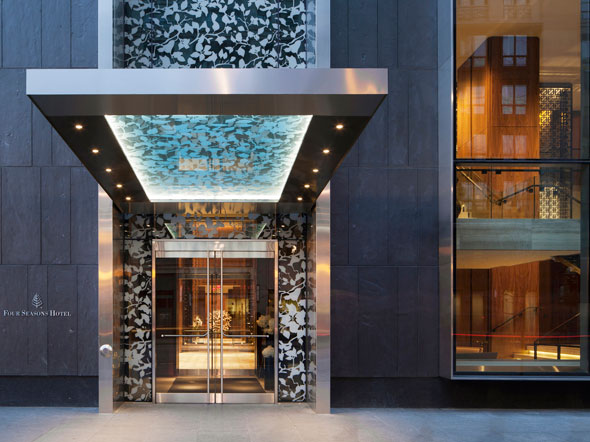 The second luxury hotel on the PUG shortlist is one of a handful of new Yorkville construction projects. The 55-storey hotel and condo tower that's the focal point of the complex includes a glazed bridge to a smaller, 26-storey building to the north with a ground-floor restaurant. As glass-heavy projects go, this one's not bad. 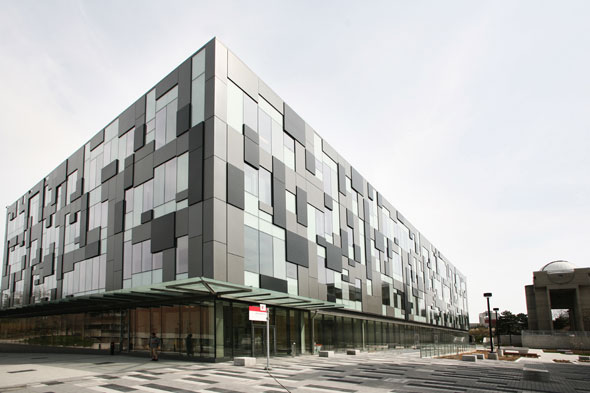 The new Life Sciences building at York U looks a little like the modern addition to OCAD but without the stilts. Inside the "pixelated" $65-million building there are biology and chemistry research labs. A striking entrance to the university that's seeing its share of new development. 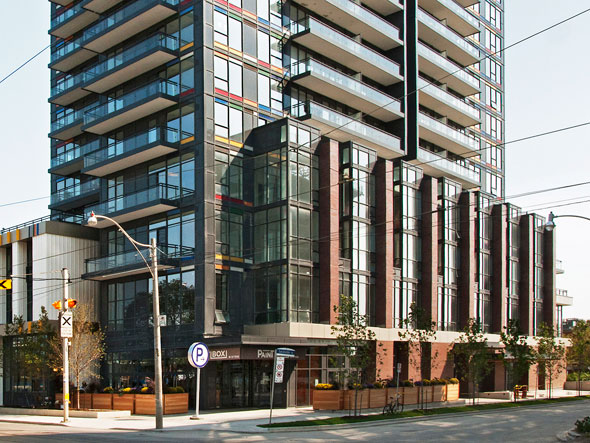 Part of the high-profile revitalization of Regent Park, the Paintbox Condominiums are part of a cluster of new development that includes the Daniels Spectrum (also eligible for this year's PUGs and shown at the top of the page) and the Regent Park Aquatic Centre. Are the exterior colour swatches used on both buildings a winner? 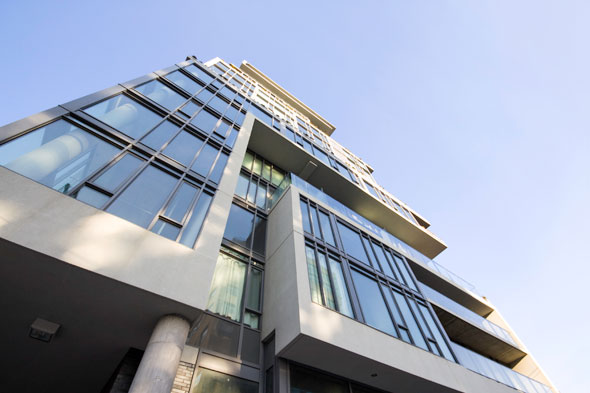 The developers describe Six 50 King West as "Jenga inspired." Though it looks a bit like a jumble of building blocks, there's something here that makes the LEED-certified low-rise residential unit stand out in the right way. Five Hundred Wellington West, another small apartment building on the PUG list, has a similar look.

And a couple of contenders for the worst new building... 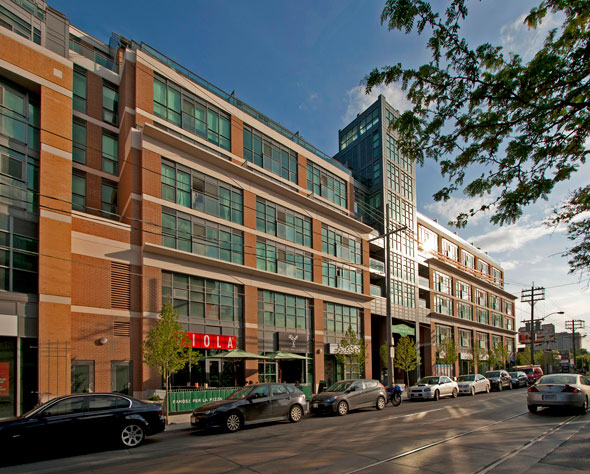 A giant serving of squandered potential, the Bohemian development took a prime piece of West Queen West real estate and turned it into an anonymous residential block. It's not ugly enough to catch the eye, but that's the point. Sometimes less is really is less. 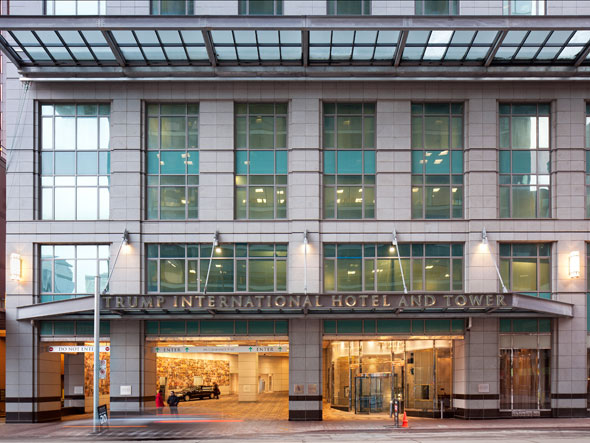 The Trump Tower is a tough call, but I suspect there might be enough distaste for the hotel's underwhelming spire, conservative aesthetic, and overall wonkiness to see it rank quite low. Then again, I might be wrong.