By the numbers: The West Toronto Diamond project

The West Toronto Diamond grade separation, just up the Kitchener GO line from the Strachan Overpass at Keele and Dundas, is another major rail construction project putting up big numbers.

The complex intersection of old CP and CN tracks that gave the Junction neighbourhood its name is being completely reconfigured to ease freight and passenger train bottlenecks. In the absence of altered track, the arrival of the Union-Pearson Express would have further strained the already overtaxed corridor. 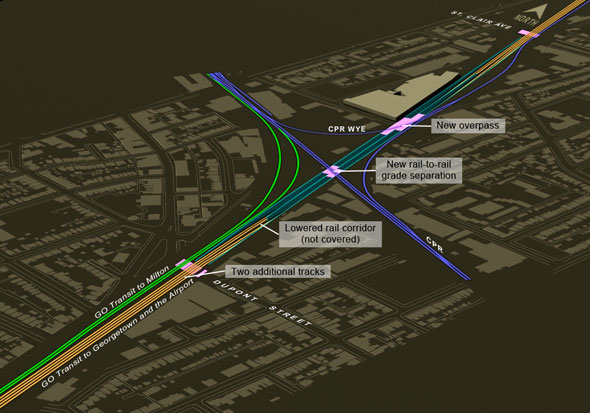 Put as simply as possible, Metrolinx is digging a tunnel beneath the east-west CPR tracks and adding two additional tracks to the north-south route. Just north of the old intersection, a new wye, a triangular rail interchange, will allow eastbound CPR cargo trains to pass over the new tracks and head north.

In the past, the Junction had to be managed by a complex system of switches, derailing devices, and signals controlled from a central tower to prevent trains crossing onto the wrong tracks. The system was controlled remotely after 1965. 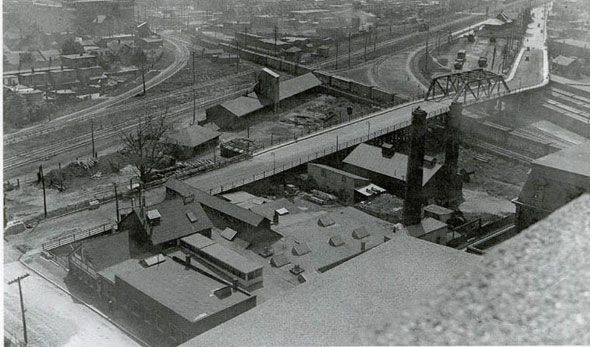 When the new underpass and wye are in place, GO and UP Express trains will be able to breeze through the West Toronto Diamond without a potentially perilous at-grade crossing with the CPR tracks. For the first time in more than 100 years, two major rail lines will not be meeting directly in West Toronto thanks to a new 1-kilometre lowered railway corridor and series of bridges, each one spanning 11-metres. 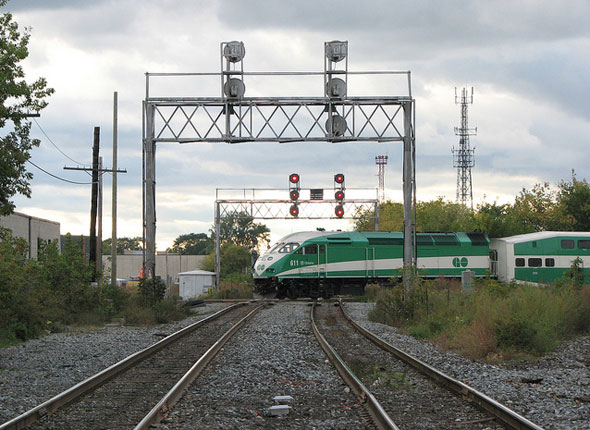 Two of the four bridges used in the project will be built away from their final location and slowly eased into place over a period of between 5 and 10 hours. It's the first time a slide-in bridge of any kind has been installed on a Canadian railway.

Here's the project by the numbers: