By the numbers: The GO Transit fleet

Metrolinx and its subsidiary GO Transit is on the threshold of a major expansion, unprecedented in its 50-year history. With the Eglinton-Crosstown LRT under construction and the provincial government seeking ways to pay for $50 billion in new bus, light rail, and subway lines, we should be seeing much more green-and-white in the coming decades.

With that in mind - and the fact GO just took possession of the first in a fleet of new double-decker buses - I thought it was time to take look at the fact sheet on Toronto's other transit provider. 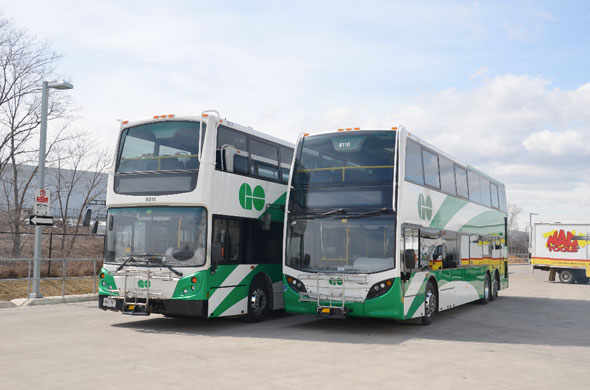 Thanks to the new additions to their road fleet, GO now owns and operates 463 buses, 47 of them double-decker. The bulk of the agency's highway vehicles are run on diesel, but it does operate a pair of hybrid vehicles for use exclusively on highways. Here's the skinny on GO's biggest fleet: 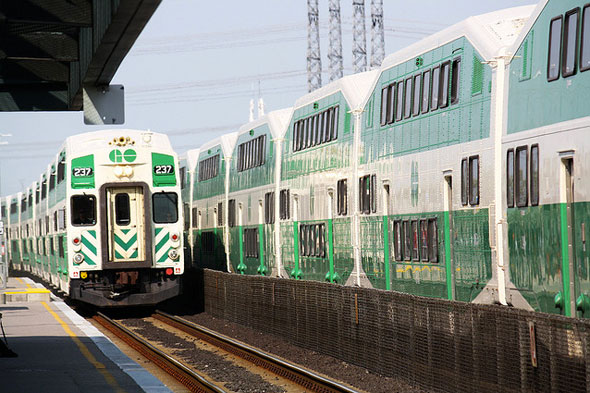 The most famous GO vehicle, the double-decker, diesel-powered trains have been formed the core of the provincial transit agency's fleet for decades. In the early days the rolling stock was entirely single-level. Currently, GO trains serve 63 rail stations, on 450 kilometres of track, spread over 7 lines out of Union station.

The vehicles are maintained at the company's Willowbrook facility just north of Islington and Lake Shore. The site includes storage tracks for 21 trains and workshops for both locomotives and passenger cars.