The bionic Borscht Belt antics of David Bronstein, a.k.a "The Prince of Love," left an indelible mark on anyone flipping TV channels in the middle of the night circa mid-1990s. Whether you had stayed up watching a movie and fallen asleep on the couch, were an insomniac, or had just come home drunk and lonely, stumbling upon one of Bronstein's infamous 1-900 infomercials was like hitting late night rolled gold. It was a fool's errand to try and escape the clutches of his endearing character shtick, while at the same time his unflappable chutzpah was just enough to drive you crazy, relent, and just call the number on the screen like he demanded.

Originally hailing from Philadelphia, Bronstein moved to Toronto in the mid-1980s looking for entertainment work, spurred on by in-laws who saw the rise in film and Television production and tremendous opportunity at bay. A fan and student of legendary Catskills performers like Don Rickles and Henry Youngman, it didn't take the young stand-up comic known as "The Prince of Comedy" very long to score a sweet gig co-hosting the late night CBC Toronto culture show After Hours.

After Hours paired the manic Bronstein with a straight laced polar opposite in the form of Alexandra Amini, who at the time was co-starring with Mr. T in his low budget shot-in-Toronto drama featuring PI's, lawyers and fists, T And T, produced by Nelvana, and now pretty much forgotten. But lucky Amini got to toil with Mr. T by day, David Bronstein by night. 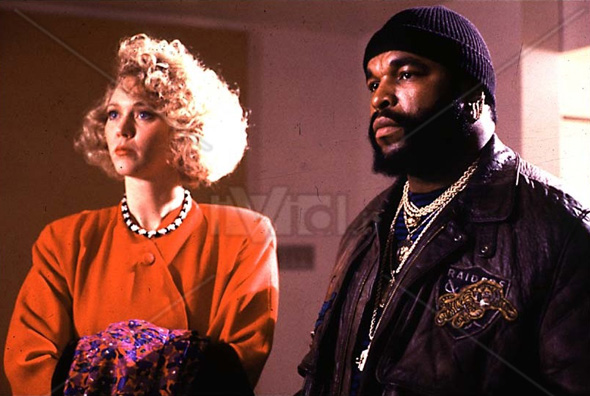 In After Hours, Bronstein and Amini explored Toronto after sundown, visiting restaurants, bars, concerts, events, and all points in between. This opportunity allowed the Philly native to not only brush up on his Toronto knowledge, but also absorb the exact science of cheap and cheerful television production - shooting on location with one cameraman, one boom op, and one editor.

Meanwhile, a business model was fomenting in his mind.

The show was a hit, and critics immediately took to the fresh faced Bronstein. "I was described as Pumpernickel instead of the usual Canadian White Bread" he fondly recalls. But after the original producer who saw great promise and gave Bronstein that influential break was replaced with someone who did not appreciate his particular brand of comedy, David's time at After Hours was called short: "She hated slapstick, she hated Mel Brooks, Jerry Lewis, everything that I do, Burlesque, Catskill jokes, everything that people love me for, she hated. She would write on the scripts, don't make jokes, no funny faces". Bronstein left the show while Amini continued on as a solo host for a short while before After Hours was cancelled.

One night while watching scantily clad fly girls getting down on the Arsenio Hall produced dance show The Party Machine With Nia Peeples, Bronstein was hit with a Mack truck-like epiphany: "I said to my wife, there should be a phone number you could call to talk to these girls, because they're so sexy". At the same time, the self-proclaimed "Pavlovian dog" was restless. Not content with waiting for his agent to arrange something ("My agent couldn't book Lassie into a kennel" he recalls), Bronstein wanted to find a way to get himself on TV doing his shtick, where surely he would then be discovered.

At first a few dodgy handshake deals with Toronto area 1-976 numbers led to short lived shows with titles like "Affection Connection", "Love and Passion" and "Night Encounters", but the true bonanza arrived when he hooked up with an entrepreneurial ex-Rogers employee and they decided to purchase their own 1-900 line, buy cheap and tactical late night airtime, and create their own show - Dial-A-Date, fronted by Bronstein as newly dubbed "The Prince of Love", telling full-on, no-holds-barred Catskills jokes with all the stuff that got him in trouble on After Hours.

Filmed entirely on location at Toronto's notorious Limelight night club, Dial-A-Date was a 30 minute tightly scripted infomercial featuring Bronstein's cheeseball Prince of Love character interacting with attractive "single" females, some of whom were on his payroll and would actually talk with callers (there were also 75 girls off-screen who took live calls and got paid 25 cents a minute). He got to tell jokes, pull faces and play a Catskills-inspired parody of sleazy night club guys, employing the same kind of reverse psychology that makes performers like Ron Jeremy so popular: regular, average Joes at home would watch him and think to themself, "Hey, if that schmuck can get the chicks, so can I" and then call Dial-A-Date, at $50 a call (!).

Their initial airtime buy was $20k, made in April of 1995. Bronstein swears his passive aggressive, motor mouthed invitation to viewers - "What are you waiting for? Stop looking at me! Get off the couch and call these girls!" - was driven by the fury he had at the idea his money was burning up while dead airtime focused on him. The first check came back at over $100,000k. "When I saw that cheque, any dreams and aspirations of being a big movie and TV star went out the window. What am I, nuts? I like this kind of money!" remembers Bronstein, who took that money started buying more airtime. Soon they were spending $250,000k and airing the spots over 150 times a week on local TV stations (this accounts for why we all remember him so well). In turn, those buys were bringing back cheques for $500, $600, $700 and $800k from the 1-900 number. The gambit had worked, and soon many others wanted a piece of the pie.

The most obvious and crass Dial-A-Date Xerox was The Date-Line, which also charged $50 a call, broken down to punters at the end of the infomercial as $3.33 per minute, with a minimum 15 minute charge. Its hosts not only lacked the charisma of Bronstein, but the very raison d'ĂŞtre of the show - they looked like they'd have no trouble at all getting a date - and they employed the same kind of dick-in-a-club behaviour that keeps most lonely people at home.

Since Bronstein had essentially created this new late night TV genre, and his Prince of Love shtick was proving so popular, producers of The Date-Line had male co-host Paris Black do Rodney Dangerfield impersonations, resulting in some very unfunny, stilted television (although it didn't stop The Date-Line from broadcasting in essence a license to print money). These days, Black has a new album - "I'm Not Jesus", and claims to have created a new musical genre - "Eurawk" a combination of club, dance, trance and wild live guitar. You can even see him perform live at the Revival Club in Toronto. 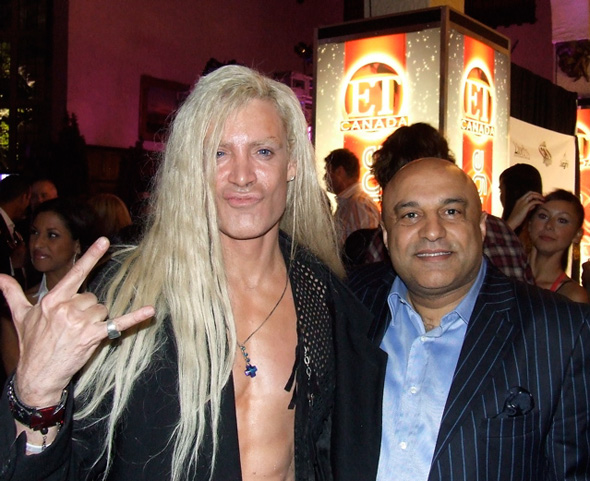 Levity aside, Bronstein concedes those early days weren't all wine and roses. Much of the money earned on 1-900 number was never paid out, thanks to charge backs. You can imagine people getting hefty Bell bills and the recriminations and finger pointing which surely followed, including the age old nugget "It wasn't me who called!" All of this was before the cell phone revolution really kicked off, so land-line misuse was rife, and could always be blamed on any number of random people.

The 1990s saw a final gasp of genuine TV personalities, and people like David Bronstein, while engaging in possibly dubious (and lucrative) endeavours, made late night TV a much more colourful, alive and fun place. To this day, Bronstein still gets stopped in the street and recognized everywhere he goes, owing to the ubiquity of his popular late night persona. As you might imagine, he still oversees an empire of infomercial infamy, only now instead of phone lines he has the entirety of the internet to play with, including reality shows, blogs and "crazy" web sites. His monologues are uploaded regularly to Youtube and Vimeo, and his website is an ambitious base of operation. He's currently looking for young entrepreneurs who understand the web and want to collaborate with him. He'll even be a pitchman for you and record a 30 second spot for only $5!. What are you waiting for? Get off the couch and call! 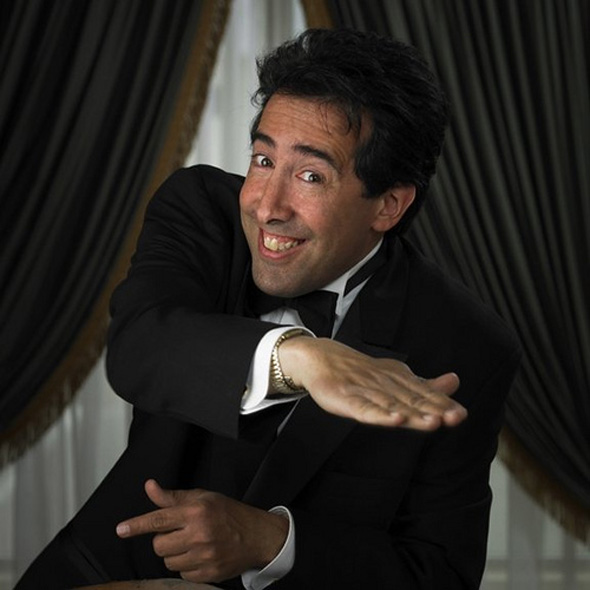