That time the subway was a nuclear fallout shelter

If there was one thing that terrified practically everybody in the 1960s and 70s, it was the threat of an atomic bomb being dropped on a major city. Nuclear fallout - radioactive shrapnel from a nuclear blast - was enough of a concern that the the government under prime minister John G. Diefenbaker issued a special pamphlet detailing how the average homeowner could build a bunker in their basement, Ă la the movie Blast From The Past.

In the foreword, Diefenbaker calmly told Canadians toxic debris from a nuclear explosion could spread thousands of miles from the epicentre, warning the "risk would be widespread" if such an attack took place. The City of Toronto took broad measures to develop a plan to shield its citizens in the event of an attack, building a command centre and scouting existing structures that could double as bunkers. 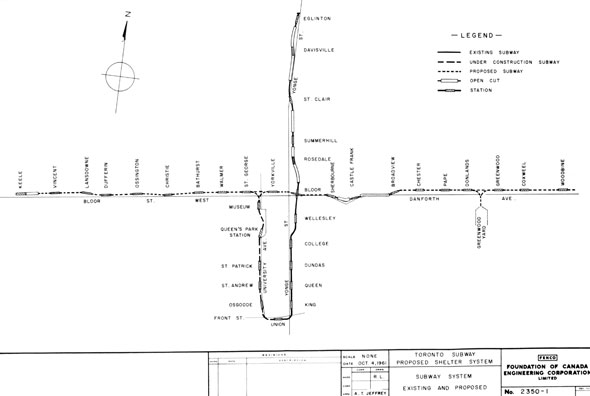 The subway system, then just the Yonge line and a few rough tunnels beneath University Avenue, was an ideal candidate for mass shelter during an attack. To that end, a 1961 city-commissioned study studied whether Toronto could realistically survive huddled in tunnels beneath the streets.

"While a direct attack on the city appears (under present weapons systems) open to some doubt, this may not be so in the next few years," wrote A. T. Jeffrey, the supervising engineer from the Foundation of Canada Engineering Corporation Limited who authored the report.

"It is admitted that under a direct hit, shelters are not very useful. However, we could, under some conditions, expect that a hit from, say, half megaton at three to four miles would do tremendous physical damage to the city but the resulting blast pressures (2 to 3 p.s.i.) would probably be acceptable and we could expect, under these conditions, a high survival probability within the subway system."

What follows is a blueprint for survival in the event of a nuclear strike close to Toronto. Detroit and Buffalo, the two nearest American cities the study believed were likely targets for Soviet bombs, are included in a terrifying graphic showing the deadly ashes traveling on the prevailing wind towards Southern Ontario. Detroit, it estimated, was most likely to be the target of a 7 megaton bomb, leveling the smaller Buffalo would only need a 5 megaton device.

A direct hit on Detroit was the worst case scenario: the fallout would be more dangerous and the jet-stream made it more likely the winds would carry material in our direction. Hamilton, also included in the study, was in the path too. 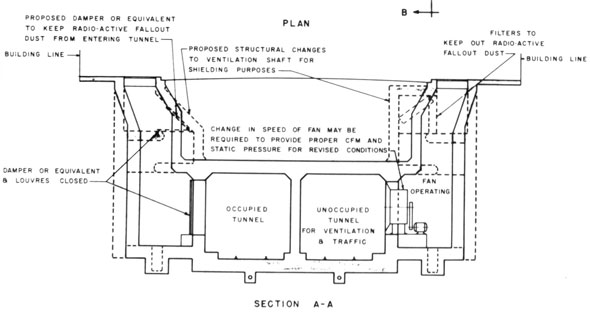 The document imagined two scenarios: a nuclear attack on another city allowing enough time to control entry into the subway system or a panic entry, where people had minimal supplies and were some distance from their homes. Under ideal conditions (if there is such a thing as an ideal nuclear attack) Torontonains would report to their own basement shelters. Those without protection could use the subway.

Chief among concerns was providing adequate ventilation within the TTC's subway tunnels while filtering out the sort of material likely to cause harm. To solve this problem, the engineers recommended installing a filtration system capable of extracting airborne nasties to the existing ventilation shafts. The vents would have to be opened periodically to prevent a catastrophic build-up of humidity and CO2.

Parallel subway tunnels should never be occupied at the same time, the study advised. The empty tunnel would be used to run a service train through the subway, delivering hot food, coffee, hard rations, and medical supplies. The space would also double, in places, as a hospital. When the time came to leave the shelter, the train would deliver passengers to the nearest station.

It would be a squeeze. Engineers calculated that the tunnel between Vincent (later renamed 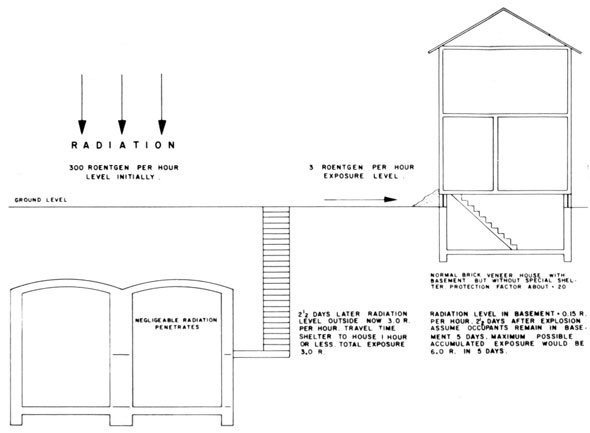 High Park Dundas West) and Sherbourne could hold 35,000 people, giving each person 12 square feet of space.Everyone was welcome in the shelter but there were worries contaminated people would try to break in after the doors had been closed, like a scene from a zombie movie. Anyone suffering from radiation sickness was to be quarantined away from the main group.

Though the TTC shelter was designed to hold a large crowd, it was never meant to shield everyone. The parking garage beneath Nathan Phillips Square was also a designated bunker and there was an expectation people would sequester themselves in their own basement fortifications in a disaster. 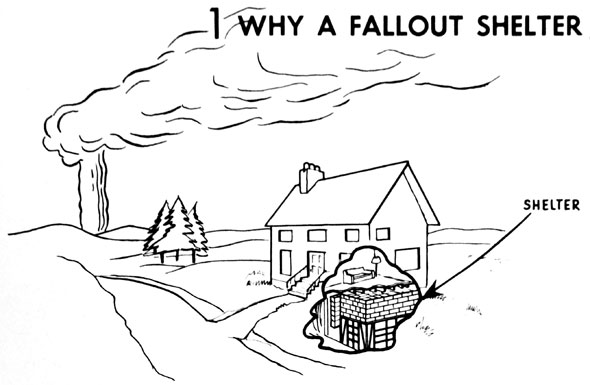 It's not clear how many people actually followed the Diefenbaker government's advice but you can bet some people actually went to the trouble of armoring their homes against a menace that, thankfully, would never come.

"The shelter will be successful if it keeps the majority of the occupants alive and in reasonable health although some may die." the report concluded "This is against the thinking of everyday life but it is essential if the purpose for which the shelter is designed is to be realized." Think about that next time you're on the subway.

Here's a list of things the TTC fallout shelter report said would be essential and desirable in the event of a nuclear catastrophe: