The TTC's 65 underground newsstands, cafes, bakeries, and lottery booths will carry Gateway livery for the next 15 years as part of a new, controversial agreement signed this week by the Commission. Instead of allowing company's to bid for the lease to the kiosks, the TTC elected to sign an attractive extended offer with the existing tenants, against the advice of its own staff. The details of that deal are outlined below.

So far this winter the city has issued just three extreme cold weather alerts - warnings issued when the temperature is expected to fall below -15 C - to homeless shelters and drop-in centres for the homeless. Previous, colder, winters have seen eight times that number. Find out just what happens when the Toronto decides its too cold to be on the street here too.

Finally, in this week's explainer, just what are those yellow fish stencils by storm drains?

GATEWAY AND THE TTC 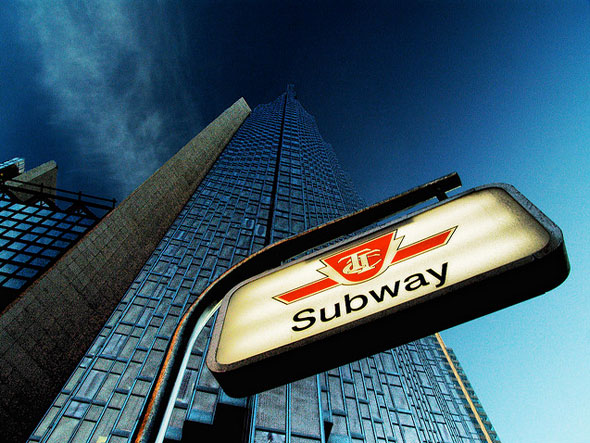 The Toronto Transit Commission came under fire this week for its decision to award a sole-sourced contract to Tobmar Investments International Inc., the owners of Gateway Newsstands. Under the new deal, the TTC would receive $48 million in rent - a 67 per cent raise - and receive a $1.5 million signing bonus.

The current package of agreements with Tobmar, which covers newsstands, lottery booths, bakeries, and cafes, was due to expire on several dates from May 2014 to May 2022. The company made an unsolicited offer in advance of the first renewal date for 10 more years with the option of a 5 year extension.

According to official TTC documents, the Commission estimated it could avoid a costly $1.5 to 2 million downtime period by signing an extension with Tobmar instead of courting a rival organization. Official policy dictates that, when justified, the TTC should work with just one bidder.

Against the advice of policy and the temptation of a cash windfall, staff recommend the TTC let companies submit bids for the contact in the hope of securing more cash. Instead, the board voted to sign a sole-sourced contract at its last meeting.

Under the agreement, Gateway would sell the rights to free newspaper distribution in the subway system - currently owned by Metro - and open new outlets in vacant spaces at Bessarion, Don Mills second location, Bayview, Leslie, Jane and Chester stations and "standardize" its signage.

Here's the full text of the agreement with the TTC's staff report: 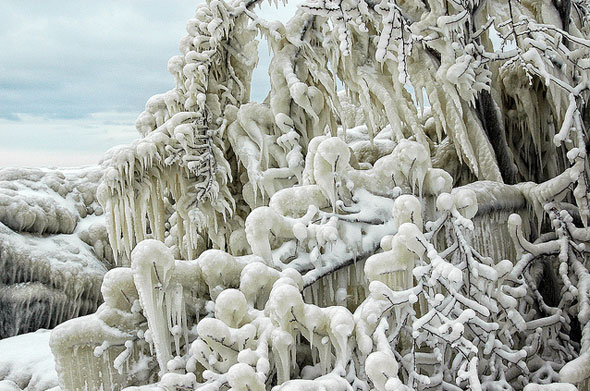 Though recent winters in Toronto have been (relatively) mild, southern Ontario is still capable of throwing up a seriously frosty day. When temperatures in Toronto are forecast to drop below -15 C, the city automatically issues an extreme cold alert and engages its emergency cold weather plan for at-risk citizens. So far this winter Toronto has issued three official temperature warnings.

Here's a chart showing the number of extreme cold alerts issued each winter since 2004-2005. 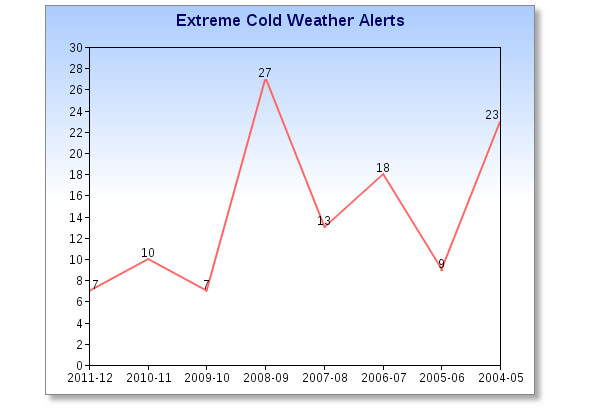 And here's the operating checklist for the duration of the alert: 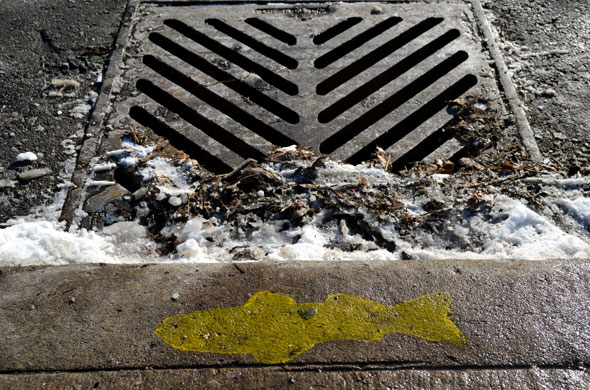 These yellow stencils appear on the curb next to storm grates all over the city and are used to identify drains that flow directly into a nearby natural water-source untreated. Litter, salt, soap suds, and other chemicals all frequently wind up in rivers and ultimately Lake Ontario, killing fish and other marine life.

The markers serve as a visual reminder to anyone considering emptying a bucket of something nasty into the gutter and are often installed on quiet residential streets by volunteer groups. City workers handle busier stretches. Find out more on the Yellow Fish Road program website.