Sunday Supplement: A 2013 budget breakdown, a closer look at those yellow TTC barriers, and 80's synth on the subway

Toronto's budget discussions wrapped up for another year this week, with the city committing to $9.4 billion in spending from now until this time next year. The big headline out of the clamshell on the day the document was dissected by council was the approval of a 2 per cent property tax hike. Below are some handy charts and key figures to help make sense of the number as they relate to you.

Also this week, some high praise for Guillermo del Toro, an explanation of those little yellow fences found on the subway work, and a music video from Spoons to remind us of the TTC of old. 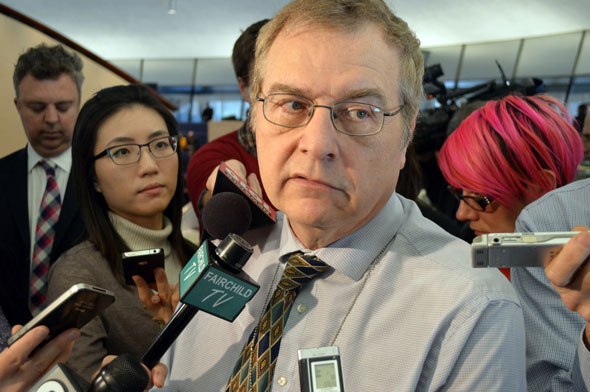 This week, council passed the city's 2013 operating budget, committing $9.4 billion to running the city over the next 12 months. 40 per cent of this year's cash will come from property taxes, which were raised 2 per cent - $49.65 on the average home - from last year despite a bizarre, half-hearted motion by councillor Giorgio Mammoliti to freeze taxes and generate revenue from a temporary floating casino.

A day after the meeting, the spending plan's architect, councillor Mike Del Grande, announced he was quitting the post of budget chief, seemingly over roughly $5 million in extra spending added by member motions prior to the final vote. Doug Ford, Del Grande's deputy, will temporarily chair the budget committee until a full-time replacement can be found.

Here are some spending numbers from the budget, courtesy of the city: 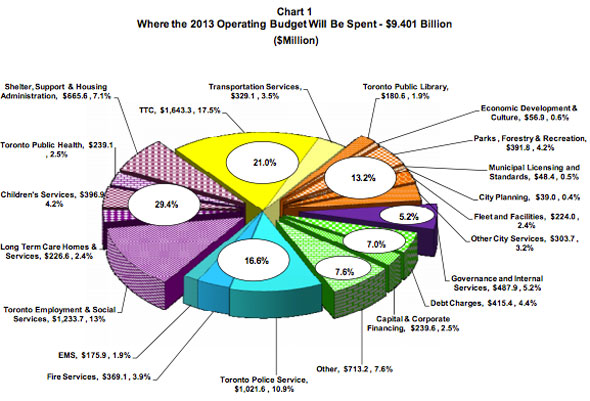 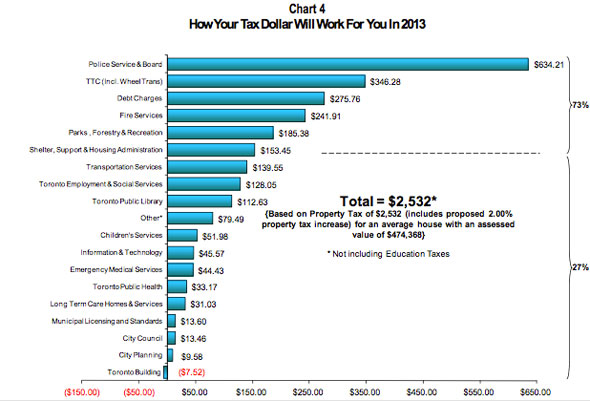 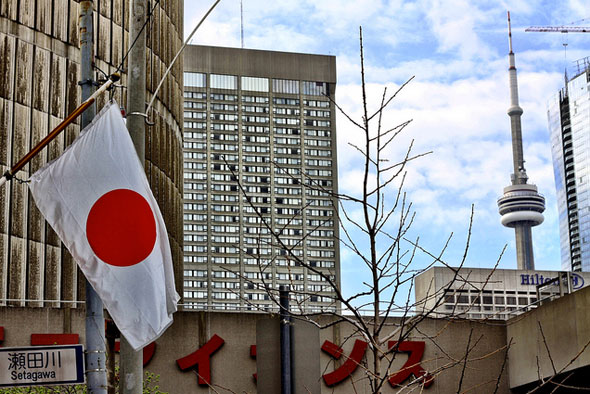 These yellow fences appear behind the electrified third rail at all centre-platform stations on the subway network. In addition to providing a little decoration, the barriers shelter technical crews working at track level while trains pass since this type of station has no safe middle area that can be easily reached. 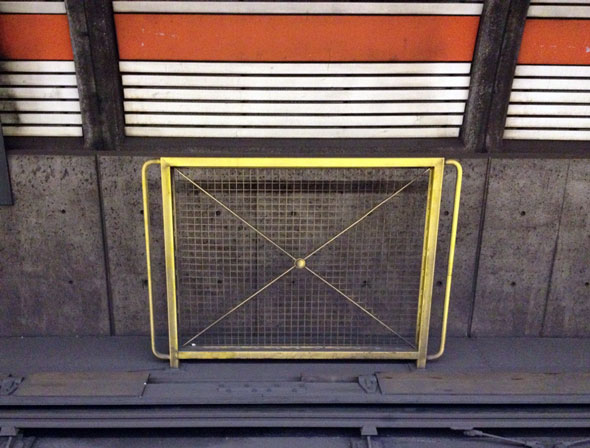 Brad Ross from the TTC says the barriers also provide shelter to customers in an emergency. For the record, in the event of a fall, a button to shut down the power to the station can be found at either end of the platform and, if the barriers aren't accessible for any reason, there is also a small crawlspace under the platform.

Finally, thanks to Reddit, here's the video for Romantic Traffic by Canadian new wave synth pop band Spoons. The entire film was shot on the Toronto subway - mostly in Bloor station, though there are shots at Sheppard too - and includes several shots of the system's original red Gloucester trains. We've featured it before, but it's just so good we'll do it again.