Oxford Properties has released a new clutch of digital renderings showing its massive $3-billion casino proposal in significantly greater detail. Where as before the only visual clues the development company had provided showed the project as a whole from the air, these new images give a greater sense of what the company is planning for the Metro Toronto Convention Centre lands should it be allowed to build the sprawling live, work, and play facility.

Perhaps the most eye-catching image features a totally re-worked southeast corner of Front and John streets. In the place of the blocky MTCC, Oxford envisions a 175,000 sq. ft. gambling hall with a floating rooftop pool that looks like something vaguely similar to Chicago's famous Marina City towers, immortalized on the cover of alt-country band Wilco's Yankee Hotel Foxtrot album. 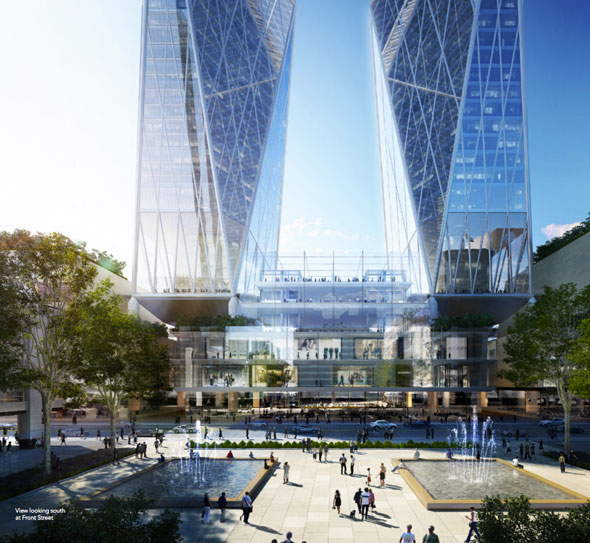 The other parts of the complex look decidedly less like the type of place one would gamble on blackjack or spend a night in front of a slot machine but are still no less visually striking. The angular glass residential and office towers located on the southwest corner of Front and Simcoe will be the tallest on the 11-acre site and will be split by a large podium and food court.

Yesterday, a group of former Toronto leaders delivered an open letter to mayor Rob Ford urging against building a casino in the city. David Crombie, John Sewell, and Art Eggleton warned that "the sales pitch" wouldn't match the reality of hosting a major gambling venue in the city. Ford said he "completely disagree[s]" with their advice.

Meanwhile today American gaming giant MGM and local real estate group Cadillac Fairview Corp. have announced they're joining forces to develop their own resort proposal for the CNE grounds. Rob Ford has previously said that he would prefer any development to take place on the city-owned Exhibition Place in order to reap the most cash. 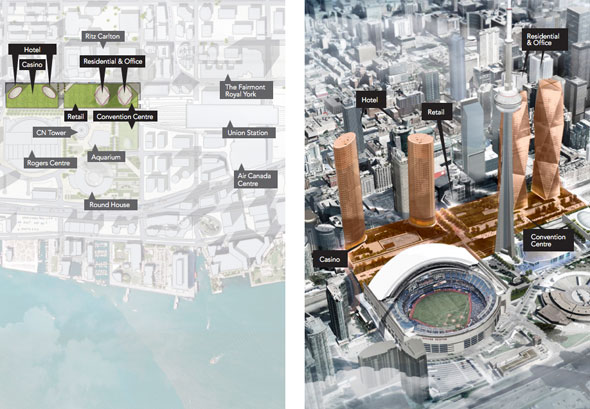 The company continues to tout a 5.5-acre park straddling the rail corridor to the south of the existing convention centre despite being told in October that it wouldn't own the "air rights" to the space over the tracks simply because it buys the surrounding properties, a snag that put the potentially deal-sweetening green space in question.

In terms of numbers, Oxford expects around 25,000 total daily visitors to the complex and, to cater for the extra traffic, is promising 2,000 parking spaces. Contrast that with the Eaton Centre, which sees 130,000 daily visitors and has a smaller 1,400-stall parking lot. It seems Oxford expects a spike in drivers on Front Street despite the site having good transit links.

To counter the potentially choking effect of 2,000 new vehicles vying for a parking spot on Front Street, a below-grade street is being worked into the plans that will be accessible from five access points surrounding the complex.

The result of extensive public consultations on the topic are due to be heard at city council in March.

No-one from Oxford Properties could be immediately reached for comment this afternoon. 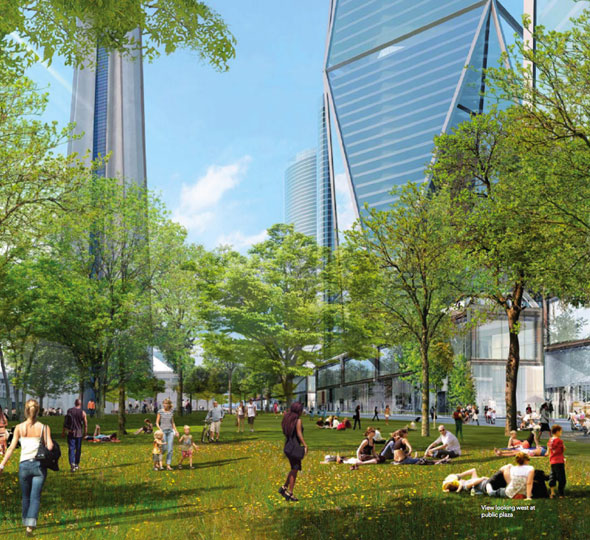 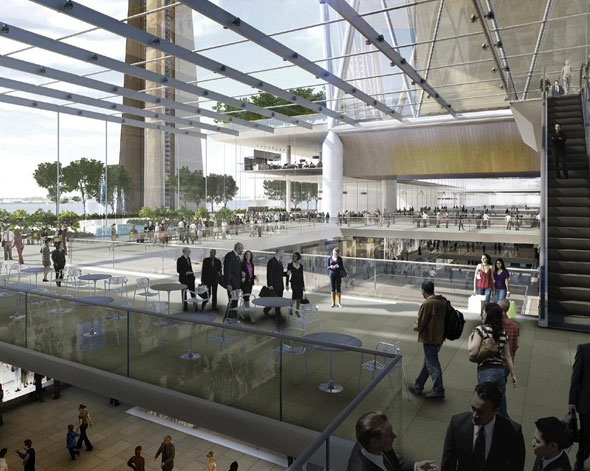 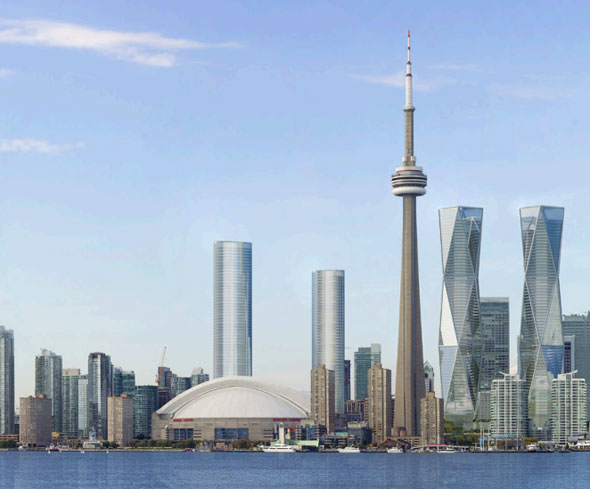