8 places to check out in and around St. James Town

St. James Town is more than just huge apartment complexes and that No Frills that has seen better days. While the density has the potential to overwhelm local spots, some St. James Town restaurants and shops have carved themselves nice little niches and continue to thrive.

And now, with new bike lanes, condos, and street redevelopment, St. James Town is poised to catch even more eyes, though the existing spots in the area have already garnered local attention of their own. (But if I'm being totally honest, most of them could use a new coat of paint.) Here are some of the beloved spots in and around St. James Town.

Mr. Jerk (209 Wellesley St East)
Granted, it doesn't really look like much, but Mr. Jerk arguably has some of the best jerk chicken in the city, as well as oxtail, jerk pork, and maybe roti too. The heat is definitely there without being overwhelming, and the price pretty much can't be beat. Lack of proper seating is a definitely drawback, so Mr. Jerk operates mostly as a grab-and-go spot. 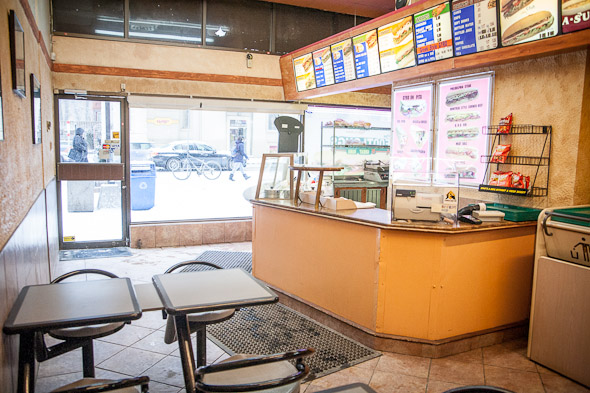 A Submarine (565 Sherbourne Street)
The go-to spot for a late-night, after-the-bar, still-sort-of-tipsy snack. I'm confident that few would be able to give a sober review. In any case, A Submarine must be doing something right with its classic cold cut subs and gyro options, especially since you can probably pay for them with the little money you have left in your pocket at the end of the night. The sub menu here is actually quite extensive, and includes pizza subs, breaded chicken, corned beef, and tuna.

Nijo Sushi (345 Bloor St East)
Tucked away at the foot of one of the buildings on Bloor, Nijo may be small but reviews are persistent and mighty. While most customers generally opt for take-out, Nijo does have some space to sit down and enjoy a spicy tuna roll or two. Sushi portions are usually quite generous and the staff are very efficient and friendly. 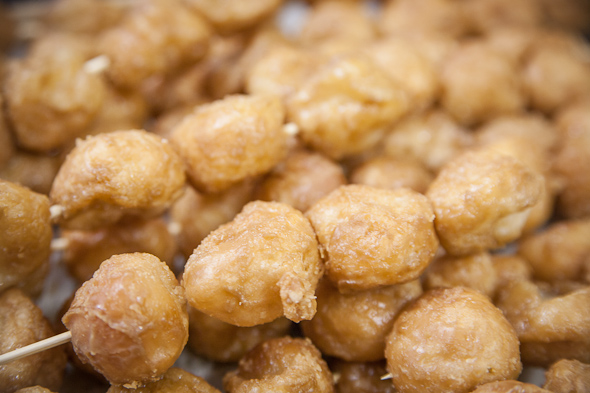 Pinoy Ako (8 Howard Street)
This is the place with a barbecue and a small crowd outside its front door during warm weather days. Pinoy Ako is a Filipino grocery store and catering shop that has won over the crowd with its barbecue pork and chicken, though it also offers other traditional prepared foods such as lumpia, baloot, and pancit bihon. And banana ketchup (yes, you read that right) to take home.

Liyu Whole Foods (10 Howard Street)
I don't really know about whole foods, but Liyu sure does have an impressive collection of Ethiopian music and movies. The store is a bit of a mishmash of a number of different things, including bagged spices, dry goods, photocopying services (?), and on occasion, hot eats. More of a gathering place than anything, Liyu has one little table inside for snacking, talking, or watching the news on the flat screen TV. 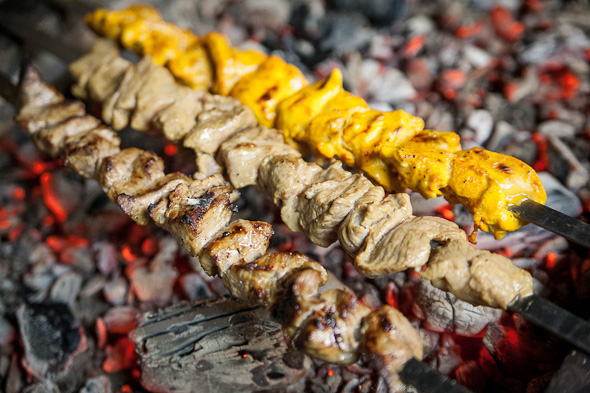 Downtown Kabob Grill House (583 Sherbourne Street)
Downtown Kabob Grill House is fairly new St. James Town arrival, but it is already winning over locals for its chicken wraps and steak kabobs. The menu here includes a few "fusion" options, including jerk chicken and Persian spaghetti, but regulars seems to swear by the classic charcoal-grilled meats. Open late most evenings, too.

Westown Chinese Food (464 Sherbourne Street)
One of two Westown Chinese Food restaurants in Toronto (the other is in the Junction), this spot offers a more Western take on Kung Pao chicken and Szechuan shrimp. But with free local deliveries, huge portion sizes, and pretty cheap prices on most everything in the menu, Westown generally suffices for those inevitable hot and sour soup cravings. 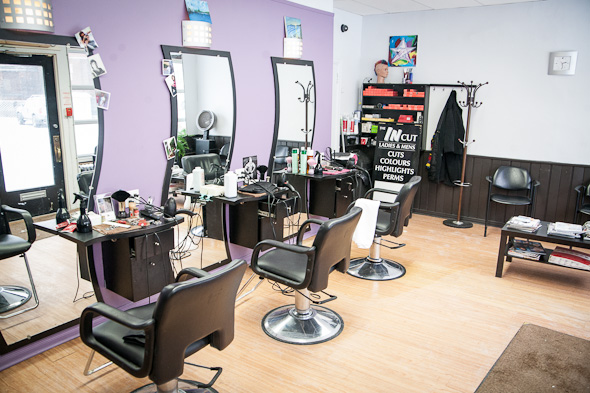 The In Cut (7 Howard Street)
This is where bodybuilder Jay Cutler gets his hair cut when he's in Toronto. And yes, there is documented proof. Aside from the odd Olympian, The In Cut tends to trim the 'dos of St. James Town locals â typically more men than women, but the ladies do, indeed, occupy these chairs. Cuts, as promised, are usually on trend.