Get into the holiday spirit with vintage TTC ads

Though some of its staff might occasionally be lacking in the charm department, the TTC was once a perennial source of thoroughly endearing artwork and ideas. In the 1950s, the Commission not only published beautifully illustrated etiquette suggestions for its riders, when December rolled around it wished them a merry Christmas too (this being the '50s, there wasn't a whole lot of attention paid to non-Christian holiday celebrations).

Several of these cards were hung in the advertising gantry around the inside of PCC streetcars at the time the city was preparing to launch its first subway line. The drawings prominently featured a hard-working Santa Claus helping hoist steel girders and popping out of the wooden street cover with a pickaxe and shovel on his back. 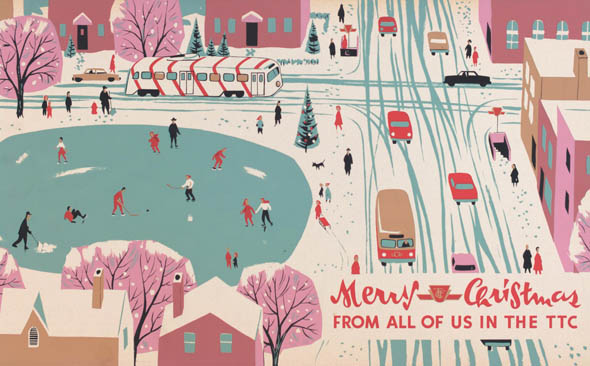 The vaguely constructivist style shows the optimism that surrounded the coming modern era of rapid transit and gives an insight into the mentality of the TTC at the time, that is to say a sense of pride and excitement for the future. They were building a better city, and everyone would benefit. 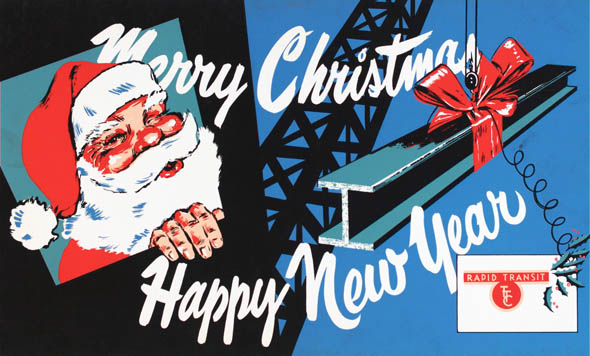 The festivities weren't limited to happy artwork. Each year a special bus service toured the city's best Christmas illuminations in the downtown core and residential streets, giving eager onlookers a chance to see parts of the city they might not otherwise be able to visit. Special commemorative tickets and token holders were also part of the seasonal fare.

Enjoy these little pieces of nostalgia and think back to a time when a dusting of snow all it took to make the city look convivial and calm. 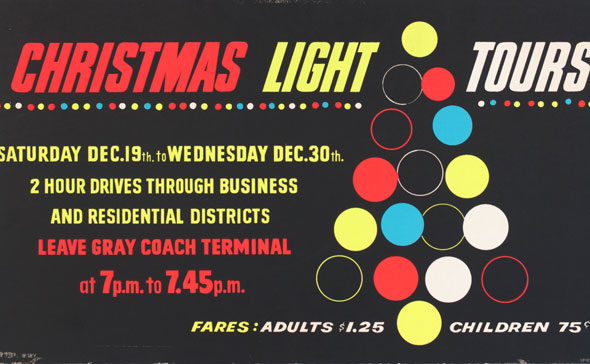 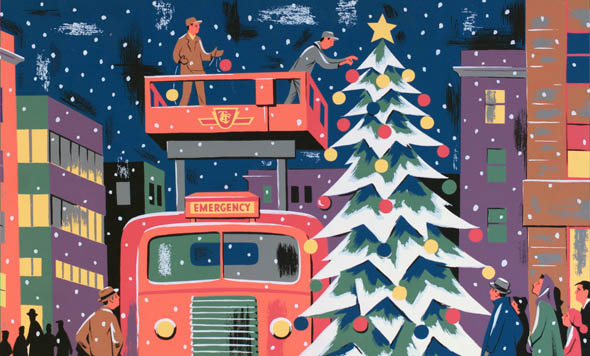 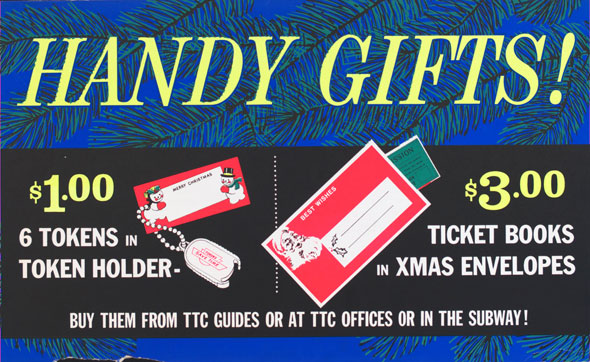 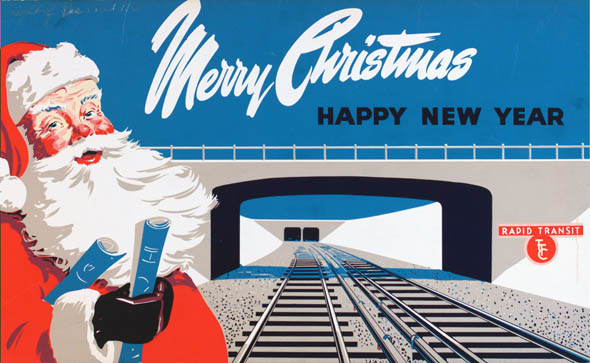 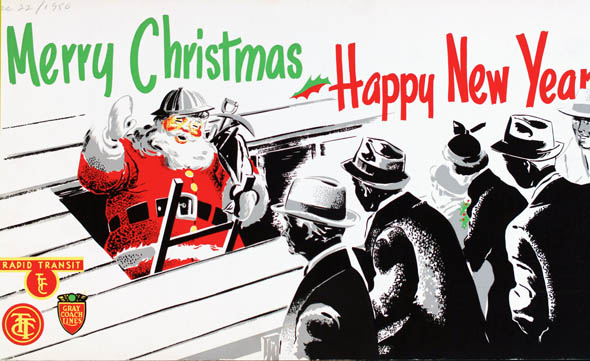 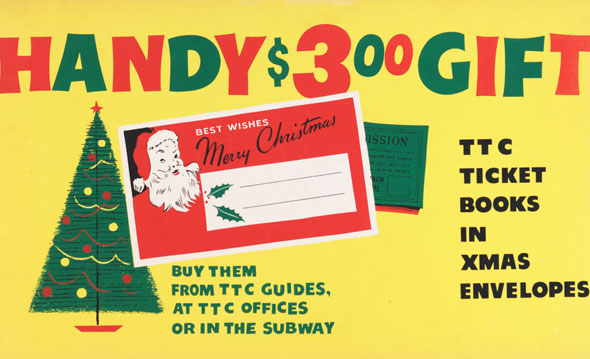 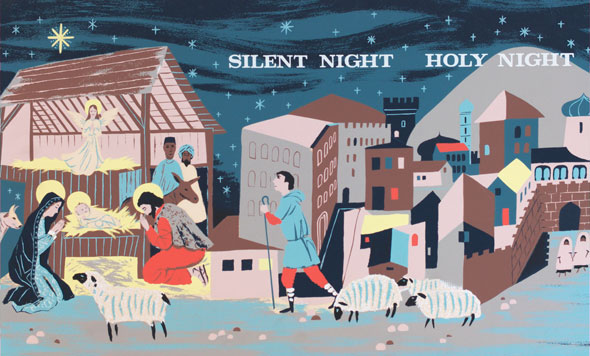