The new Google HQ in Toronto is better than your office

It's official: $38 billion of annual revenue buys one seriously cool office. Stepping out of the elevator at 111 Richmond Street, Google's new Toronto office, it's immediately apparent that this isn't just a workplace: this is a major outpost for one of the world's most successful companies.

Take the reception area. Against the back wall is the lanky machine used to capture interior photos for Google's recent street view expansion. Close by, three giant flatscreen monitors hooked up to a joystick let you surf Google Earth without the usual lags, fan noise and scorched knees you might normally expect from an aged laptop while you wait. And then you step inside. 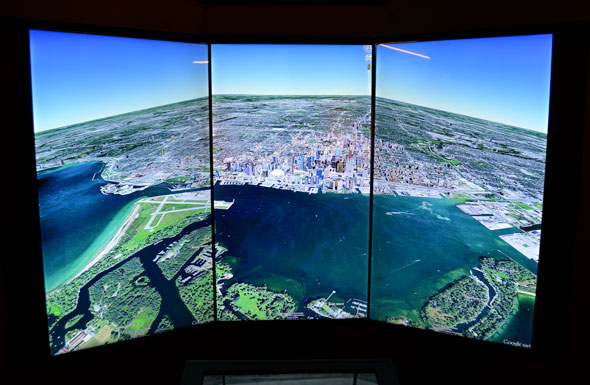 Here behind the Sheraton Centre, Google Canada's staff enjoy what has to be one the most appealing offices in the city. The staff canteen serves a gratis breakfast and lunch of seasonal food while snack stations on each level provide fuel between meals. A special computer system allows the kitchen staff to track what's popular and reduce food waste. Outside, staff can unwind - if they're ever wound - on a mini golf course of Toronto landmarks. 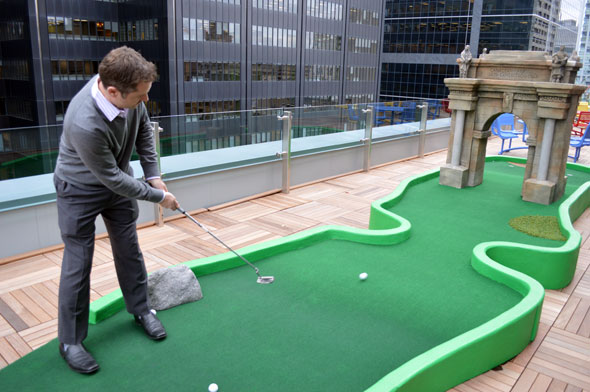 The office continues in a similar vein through its five floors. Google staff get to meet and collaborate in a prospector tent, a faux-grass landscape, or jam in a fully-equipped music room. According to Aaron Brindle, talent isn't a prerequisite â the room is totally soundproof.

Vintage arcade games are scattered all over the new space. The company wants its staff to work while they play, though, so each game has a two-player minimum. If anyone strains a thumb, an on-site masseuse is available to work some magic (just make sure you have an appointment.) 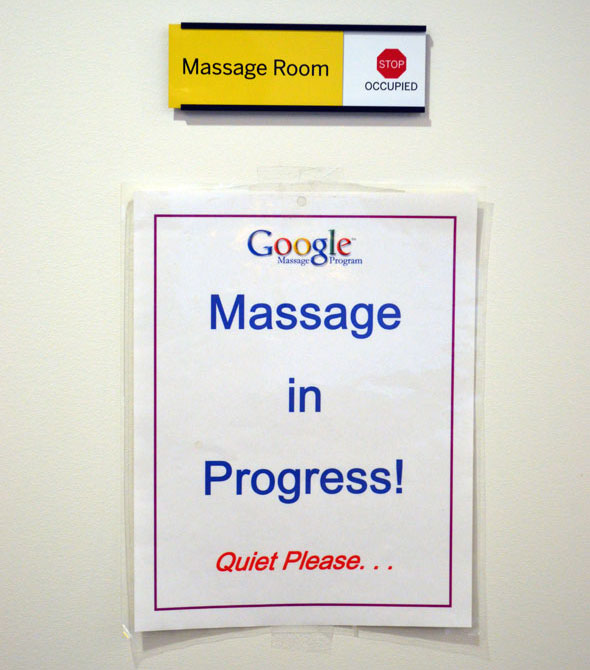 There are tips of the hat to Toronto and Canada throughout. Discarded city bikes form a partition on the "yellow" floor, morse code song lyrics line the walls in the teleconference booths, and each room is named for a local or national icon. Murals abound.

Oh, and the floors are made from recycled tires and discarded fish nets recovered from the bottom of the ocean. Now, back to your grey cube, you drone. 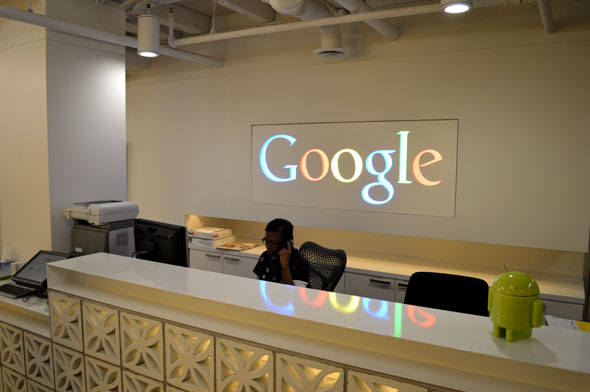 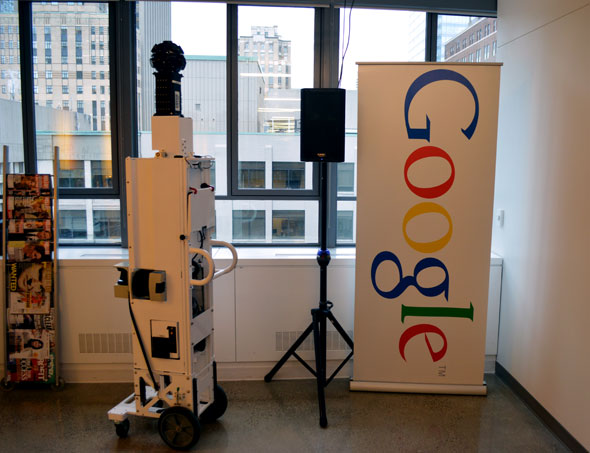 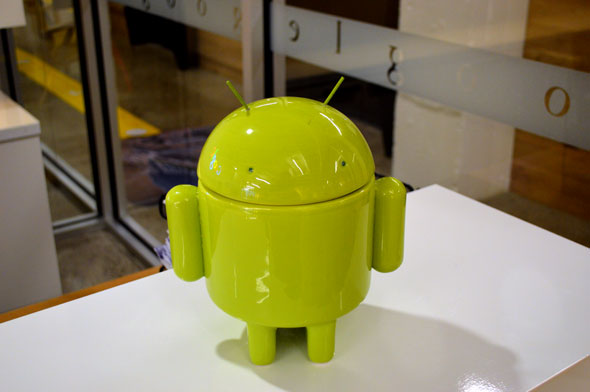 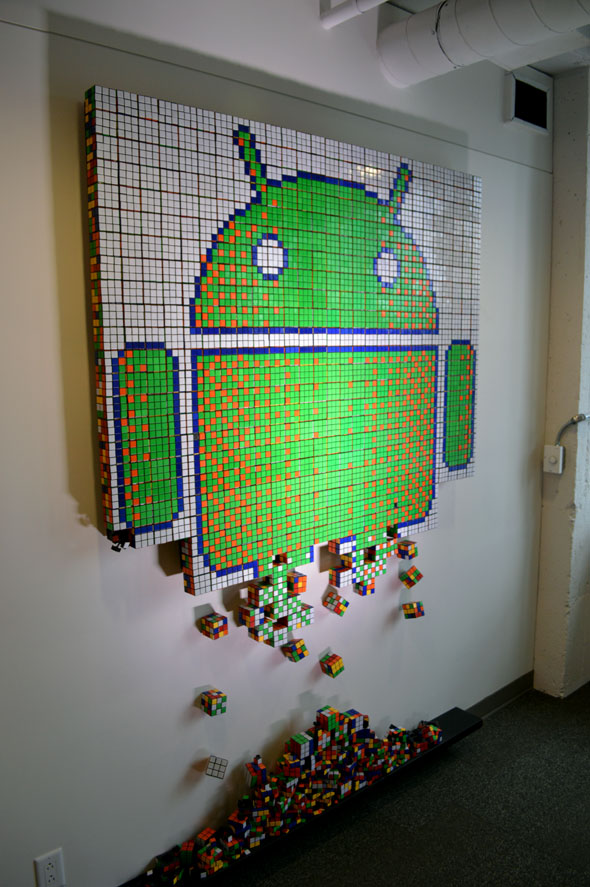 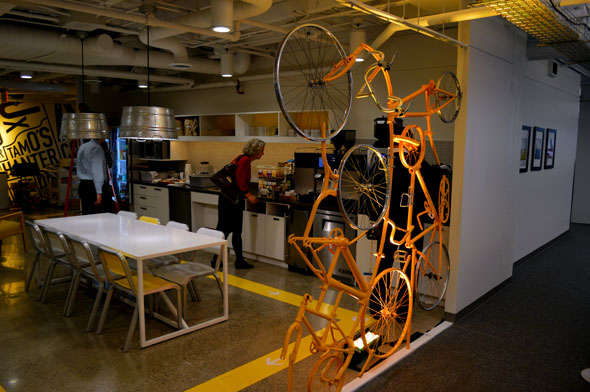 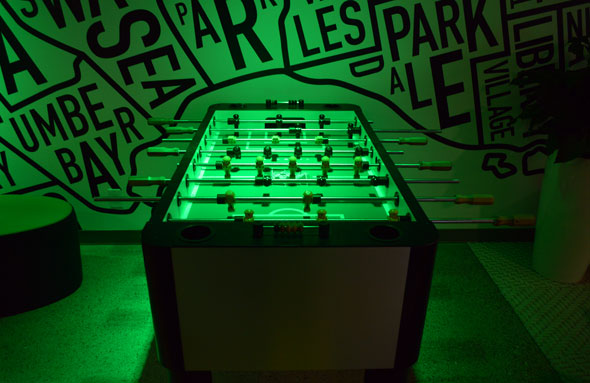 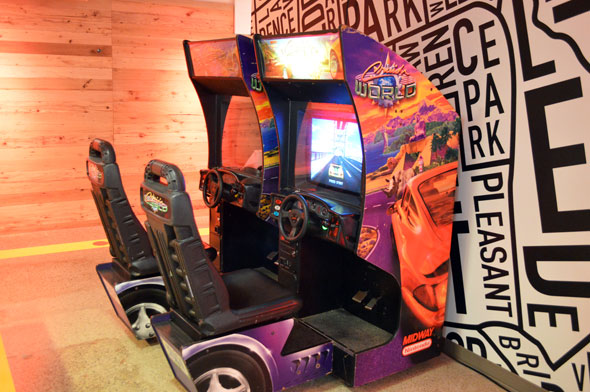 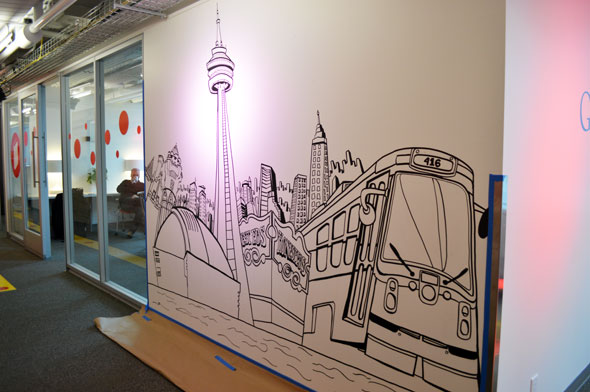 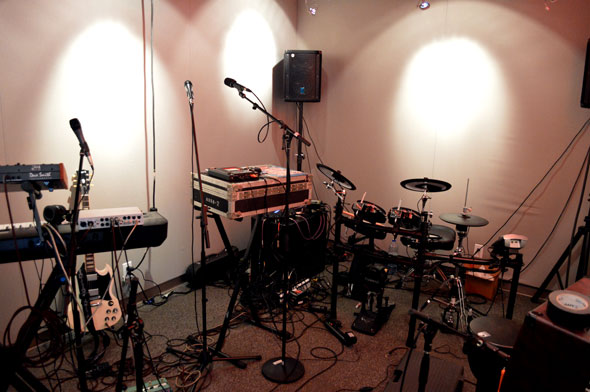 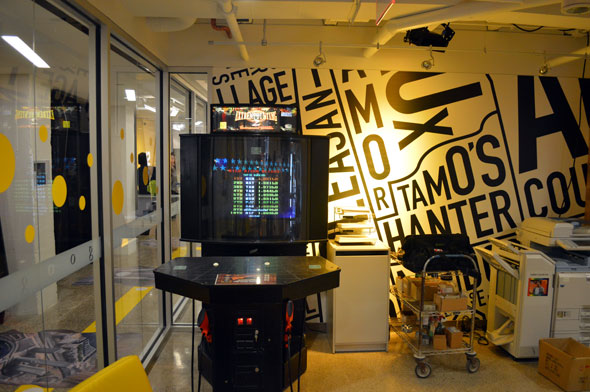 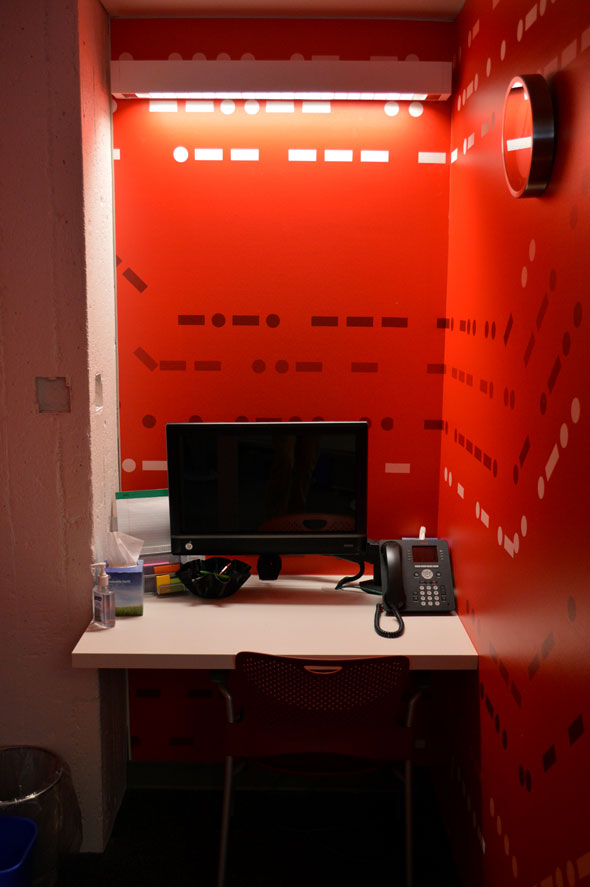 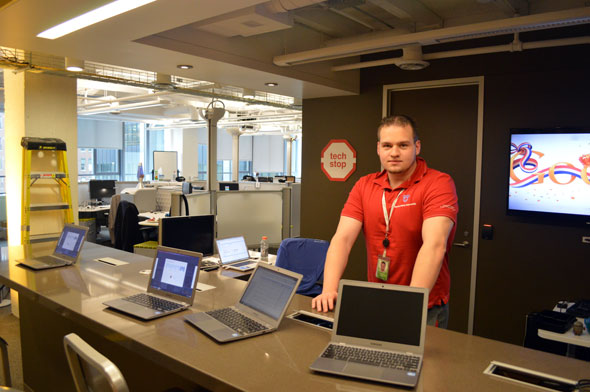 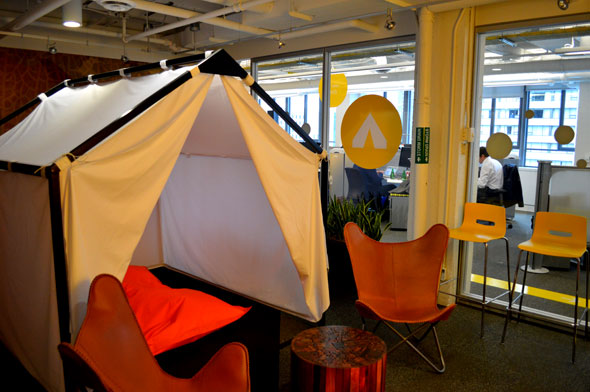 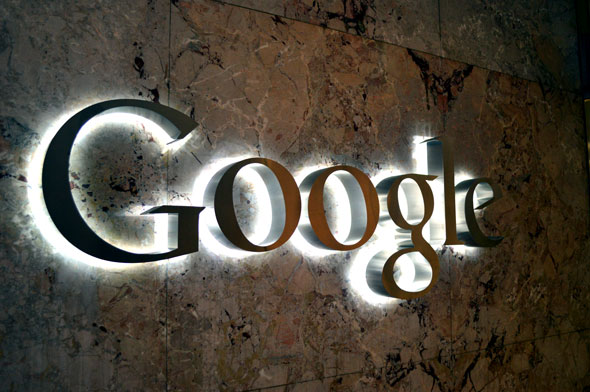