What's going on with the Union Station construction?

There's been hammering and crashing in the basement of Union Station for well over a year. Behind plywood panels and locked doors, the giant limestone Beaux-Art transport hub is receiving a massive $640 million facelift and expansion that will include new Via and GO transit concourses as well as an improved retail space.

Right now, work is primarily focused on excavating the space under the station and shoring up the existing 1924 structure. In an area already excavated, city engineer Richard Coveduck shows us the extension and reinforcement work carried out on some of the existing supports. The contrast between the old and new concrete is clearly noticeable. 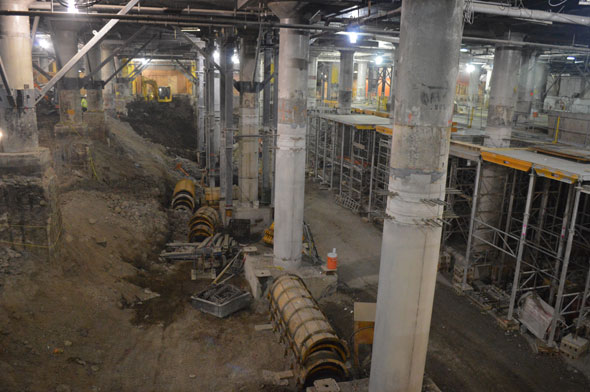 "Every single one of these columns is individual and unique," says Coveduck. "They were sometimes out of alignment or built a little bit deeper or a little shallower. We've gone in on every single individual one and had to modify it."

So far, 149 or 447 columns that continue to support the tracks above during construction have been completed. According to a press release, the scale of the column work is unprecedented on an active structure such as this. Coveduck is pleased to point out how few problems the workers have encountered so far. Still, special sensors sit on the columns ready to yell out at the slightest hint of movement. 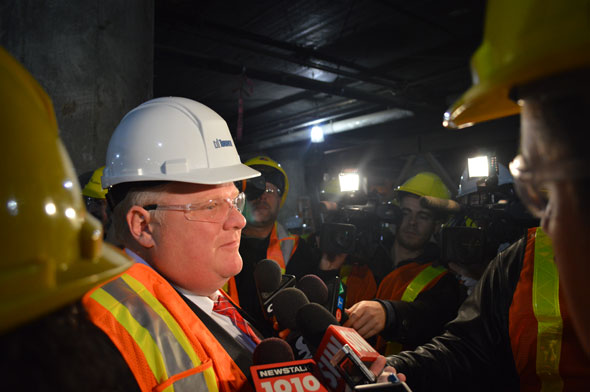 Rob Ford, also present on the tour with a host of councillors and MPPs to view progress and pose with a shovel, said the work so far was "amazing."

"I was here probably six months ago and it's come a long way in a short period of time. They're moving at a good rate, and I'm really glad to see it's on budget. It's going to save a lot of time when it's finished."

The entire project is scheduled to wrap up in 2016 but Richard Coveduck expects the new York street GO concourse to be open by the end of next year, followed in 2014 by the new retail space. The TTC's second platform project under Front Street is expected to wrap up in 2013. 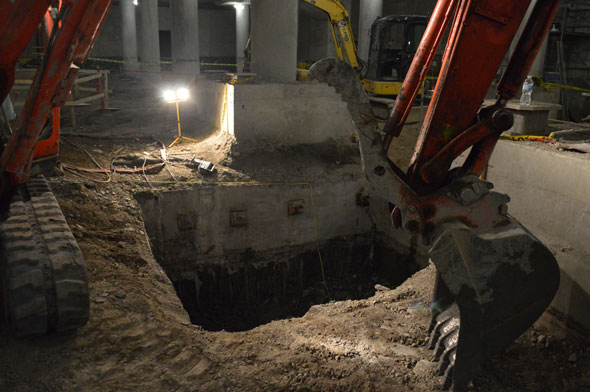 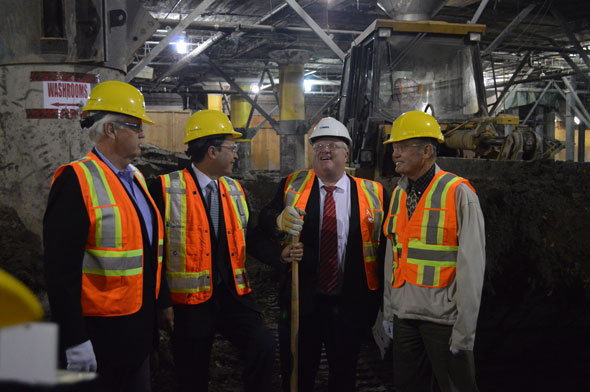 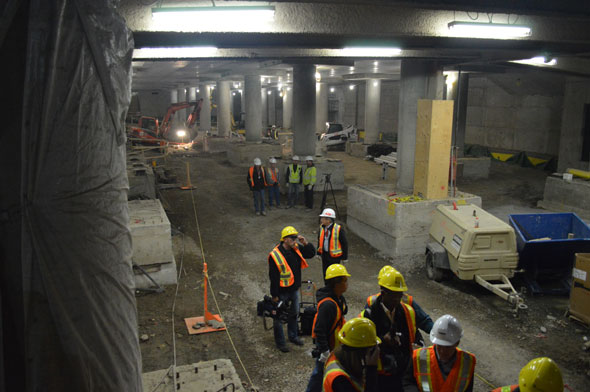 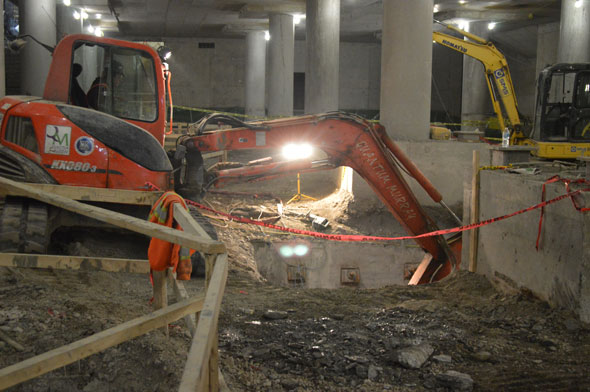 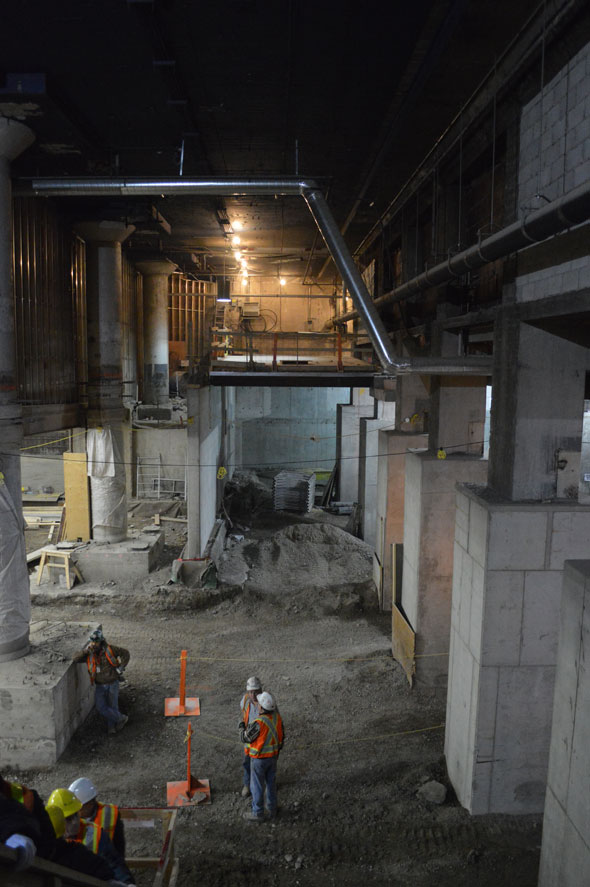