Central Prison chapel to get a restaurant makeover

One of the only remaining pieces of Toronto's notoriously brutal Central Prison is a step closer to becoming an upscale restaurant now that a restoration proposal is before the city's preservation board. If the city gives the project a green light, the long-abandoned Roman Catholic place of worship in Liberty Village could become home to one of several local resto-pub brands.

Miller Tavern, brand of Pegasus Hospitality that includes The Fox on Bay Street and two eponymous eateries on Yonge, is considering opening a fourth location in the building in the next year or so. According to Terry Tsianos, the group's president, another "high end" brand from the company's roster, which includes Fox & Fiddle, The Wheat Sheaf, O'Grady's, and Philthy McNasty's, could also take over the space. Tsianos says he's also considering creating an entirely new brand for location.

The plans for the redevelopment have been public since The Grid covered the story last summer. What wasn't available then were renderings and rough floor plans for the proposed structural changes. Though they're a little plain and uninspiring, the color drawings reimagine the former chapel as a focal point for the surrounding Liberty Village community. Branding and signage will come at a later date. 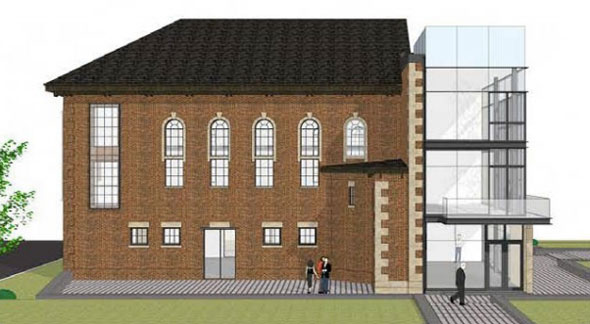 The planned restoration and repurposing of the building would see a wooden patio built around the perimeter and a simple glass enclosure added at the northern wall, its former connection to Central Prison. Inside, the dilapidated interior will be spruced up to receive hungry locals instead of inmates desperately seeking redemption.

According to paperwork released in advance of next Tuesday's preservation board meeting, the ground floor could house a lounge and bar while the two upper levels get devoted solely to food. Large openings in each dining room, pending final confirmation, will provide drinkers downstairs with a view to the pitched roof.

Mary MacDonald, the Acting Manager of Heritage Preservation Services, says the designs are not specific to Miller Tavern. In theory, any company could operate in the space with this look. Once approved, the modifications, not the brand, are locked in.

"This is a property that's been needing help for decades and we're thrilled it's finally going to be transformed," she says. "I think it's going to be a great addition. It's a very, very important heritage resource and it is protected by heritage easement agreement and designation under the act and the city is certainly pleased to see someone take on the job of restoring it and keeping that part of the site's history alive."

The plan below shows the proposed layout for the ground floor and surrounding area. 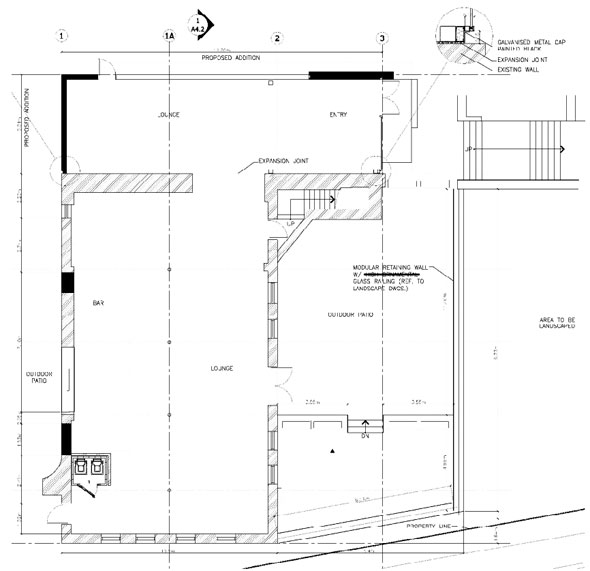 Once attached to the southern portion of the Central Prison complex, a savage Victorian penitentiary known for its brutal treatment of inmates and secret nighttime burials, the chapel was left marooned when the bulk of the structure was demolished in 1920. The only other remaining part of the prison is a former paint shop now home to a condo presentation centre on Lynn Williams Street.

The building was added to the list of Toronto's heritage properties in 1985 and designated under the Ontario Heritage Act in 1996 but there has been an easement agreement (rules that protect elements of a structure and permit certain alterations) on the property since 2000. Prior to its abandonment the building saw use as an Inglis refrigeration and manufacturing plant. 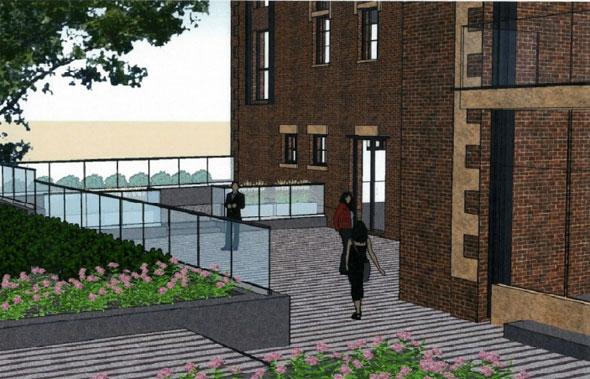 What are your thoughts on the plans - is this a good way to repurpose a long-neglected heritage building? Do you think the building's history will prove a draw for locals? How about that glass extension? 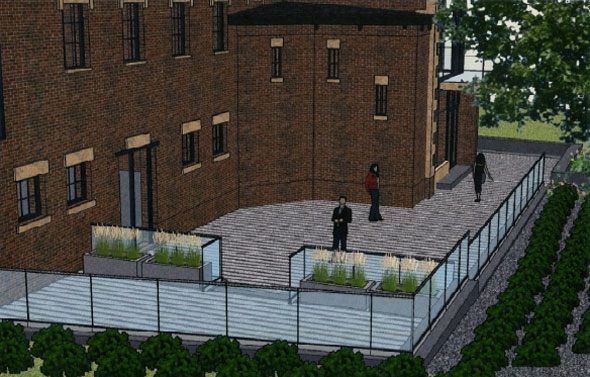 Another view of the patio 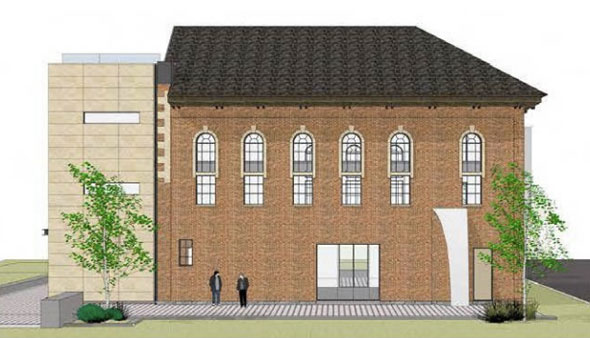 West facade of the chapel building 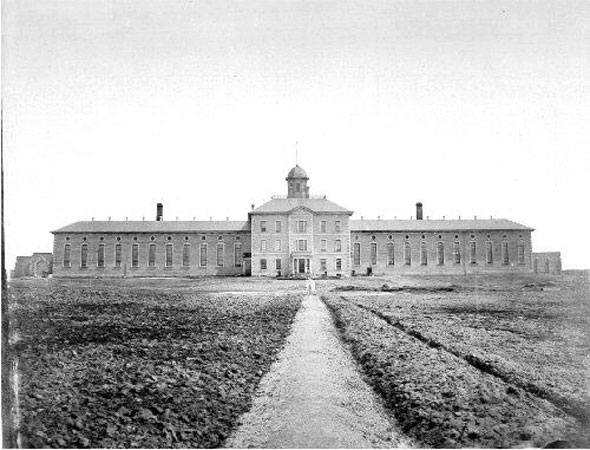 Toronto Central Prison - the chapel is somewhere the left 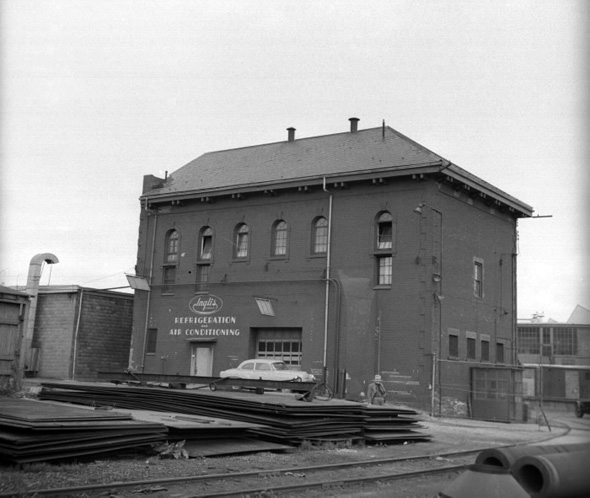 The chapel as an Inglis plant 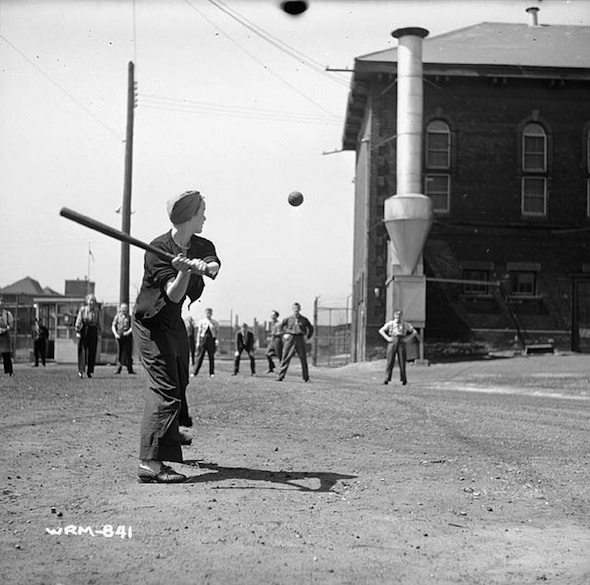 An Inglis baseball game outside the chapel 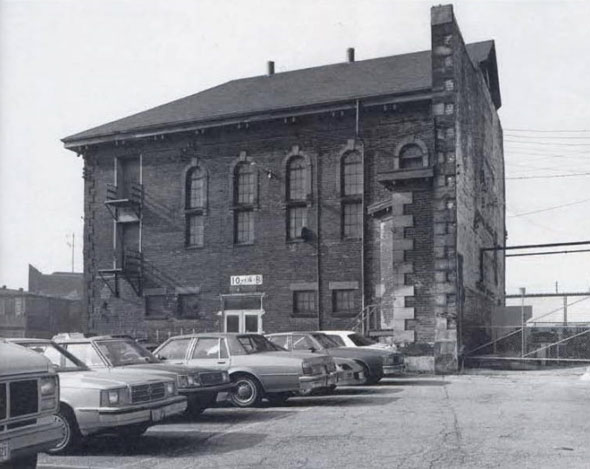 The chapel in disuse