Sunday Supplement: TIFF by the numbers, a history of bike licenses in Toronto, and seeing Casa Loma on film

Anyone downtown for any reason recently will have experienced the mania surrounding TIFF. The annual celebration of film traditionally conquers the core during its brief run and below you'll find some vital statistics on the event. There's also a look at the history of bike licenses in Toronto and some interesting information on Casa Loma.

The lead pictures shows the historic gothic revival facade of 5 St. Joseph Street supported by a large metal frame during construction of the FIVE tower. The condos, which are currently just a large hole in the ground, will incorporate the brick wall into the street-level entrance of the building. Right now, the metal frame suspends the brick wall in mid-air over the edge of the foundation pit. The project is, apparently, the largest facade retention undertaken in Toronto. 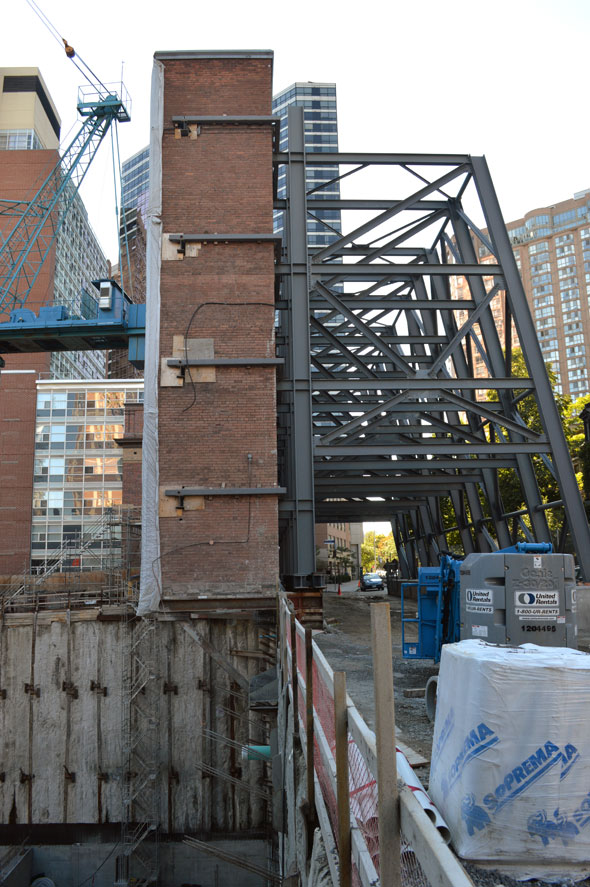 A film festivus for the rest of us 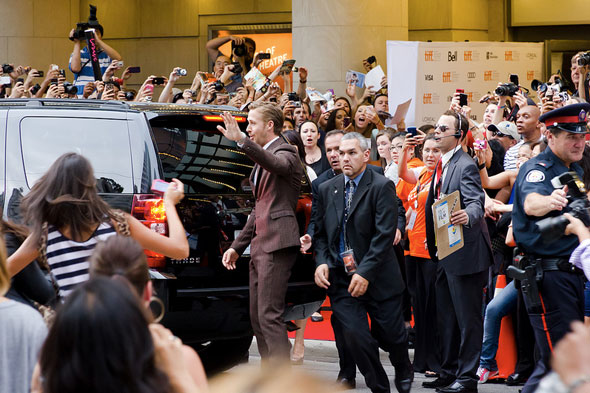 The 37th annual Toronto International Film Festival, TIFF to its buddies, wraps up today following a whopping 372 movies and 270 premiers over the last ten days. Film makers from 72 countries, countless movie buffs and legions of celebrity-spotters descended on the Toronto's downtown to grab a slice of the action. Here are some of the figures from this year's event.

All of the movies screened at TIFF were shown on one of 34 screens around the city. The longest film, Penance, clocked in at 240 minutes (four hours) while the shortest, Pacific Sun, a short, lasted just 1 minute 40 seconds. A total of 30,918 minutes (515 hours, 21 days, three weeks) of film was selected to be part of the festival.

This being the true north, 32 Canadian features were included in the program, 20 of which were making their world premier. 47 homegrown short films were also included.

TIFF is noted as a barometer for Academy Award success. Here is a list of famous movies that made either their world or North American premiere at the festival: 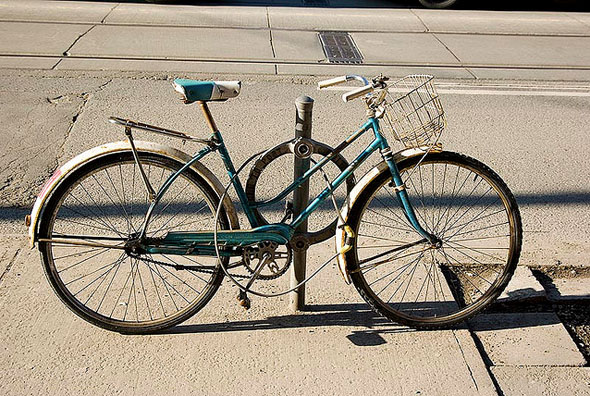 On Tuesday, The Star published results of a poll by Forum Research that found a link between supporters of Rob Ford and those in favor of licensing cyclists in Toronto. The poll also shows stronger support for the plan in Scarborough, though there's evidence people city-wide fancy the idea.

Earlier this year I discussed why requiring a license for cyclists is a pretty dumb idea, but it's actually been tried in this city before. For twenty-two years between 1935 and 1957, all riders, young and old, were required to jump through a series of bureaucratic hoops before turning a pedal on Toronto's streets.

According to the City of Toronto, cyclists had to apply for a license at City Hall, have their bike inspected at a local police station and provide paperwork proving that it had been deemed road-worthy. The city would then issue another piece of paper that was to be brought back to the police station where a metal, one-year license plate would be stamped.

Each successful application cost 50-cents and the license plate had to be displayed on the rear mudguard at all times. The fine for non-compliance was $5.

Since the bylaw was repealed - because it caused "an unconscious contravention of the law" and fostered "poor public relations between police officers and children" - it has been reconsidered in 1984, 1992, 1996 to combat bike theft and stop cyclists riding on the sidewalk.

The difficulties associated with maintaining a license database, issuing permits to children, and changing the behavior of problem cyclists are the top reasons why the scheme has been unable to make a comeback. 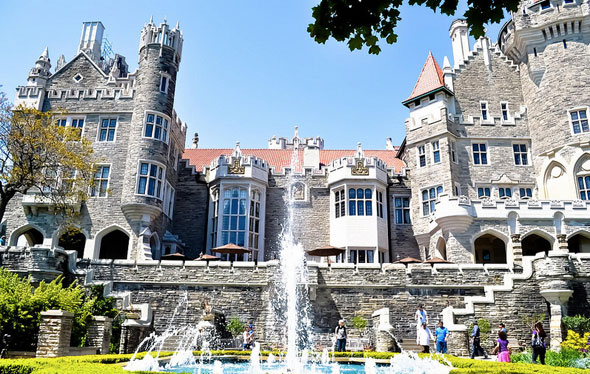 Toronto's only castle - or house that looks like a castle - Casa Loma needs a new operator. Last year the city took control of the mansion and former home of financier Sir Henry Mill Pellatt from the Kiwanis Club. Now, Toronto is ready to find someone to cover the $20 million repair bill and run the home as an tourist attraction.

The gigantic property, which, surprisingly, is smaller than the original plans called for, was once the largest home in Canada. According to Wikipedia, in 1914 the building contained an elevator, room for two pipe organs, a built-in vacuum cleaner and two secret passages. Two bowling alleys were planned but abandoned. The house was eventually seized for back taxes in 1933.

The distinctive building, which translates as "hill house," has also served as a setting for several TV shows and movies. Here are a few shows that used Casa Loma: