A closer look at the Canary District development

Naming a development after the canary - a bird famous for its ability to drop dead at the first sign of trouble — even in a roundabout way might seem like a bad omen, especially during a condo boom. Regardless, shovels have been in the ground at the West Don Lands east of Cherry Street for months and the first signs of a neighbourhood are beginning to appear between the waste water and piles of concrete.

Initially, the five clusters of condos, affordable housing units and townhouses will house the roughly 10,000 athletes competing in the 2015 Pan and Parapan Am Games. A transportation hub and a few other temporary structures will be built solely for the event, but most of the buildings in construction south of Eastern Avenue, beside the Distillery District, are here to stay.

According to the developers, only minor modifications will be necessary to ready the buildings for sale when the games are over. 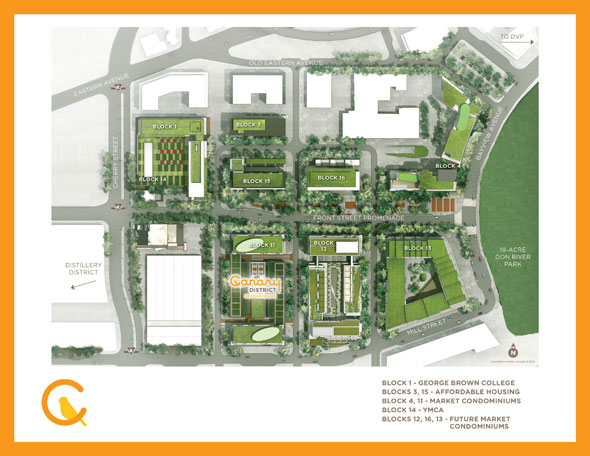 Right now, the ground floors of a new YMCA fitness centre, George Brown College building and several residential structures are beginning to rise above ground. Jason Lester, the chief operating officer of Dundee Realty, says now the foundations are largely complete buildings will rapidly begin to take shape. "We'll pour about a floor a week a now," he says, standing in front of two half-built condos.

Two heritage buildings — the Cherry Street hotel, former home of the Canary Restaurant — and a former CNR building will be retained and integrated into new structures. Lester says the back of the latter will be "fused using a glass box" to a nearby building. The inside will become retail space.

The city's street grid will also be slightly altered by the Canary District project. Front Street will be extended east into the Front Street Promenade and Bayview Avenue will be extended south to connect with Mill Street. In between, several unnamed streets — currently signposted Street A, Street B, etc. — will tie the neighbourhood together. 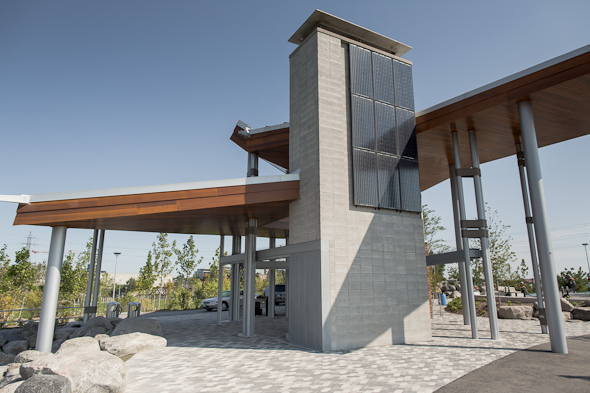 Perhaps the most obvious sign of progress is the virtually complete Don River Park, located on the eastern side of the district, a few metres from the river. According to Meg Davis from Waterfront Toronto, the federally-funded park doubles as flood protection for the neighbourhood and a large part of eastern downtown. 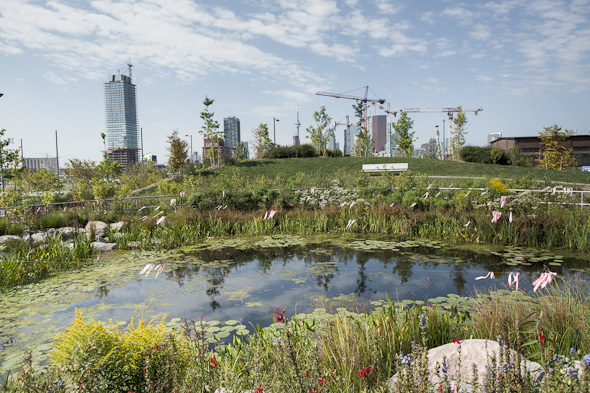 Marshland beside foot trails criss-crossing the park are a tip of the hat to the former mouth of the Don, an area once dominated by reeds and shallow water. The part of the park closest to the river - an area still under construction - will be densely covered by trees and provide access to the Don River Trail.

At present, work is expected to wrap up on the site in early 2015. And, of course, the Canary District is named after the restaurant, anyway — so no sweat! 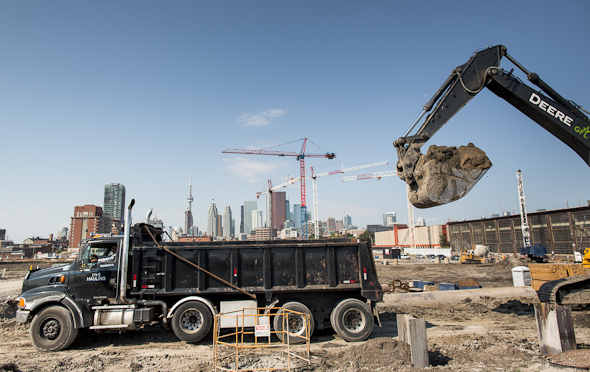 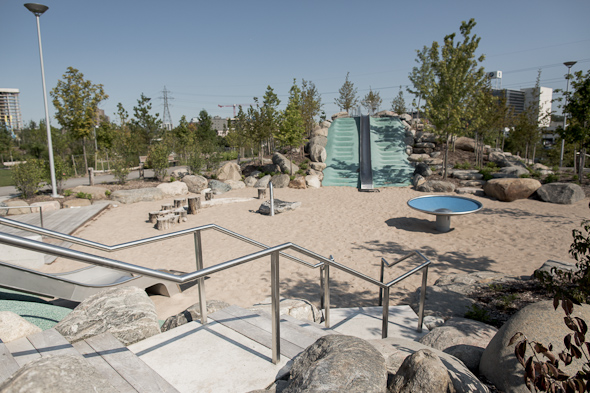 Looking west from the construction site 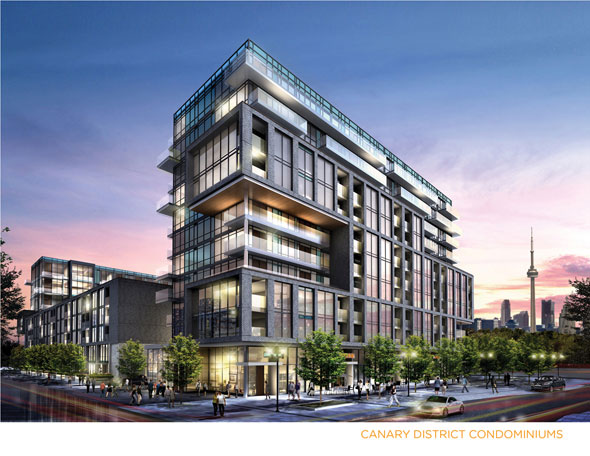 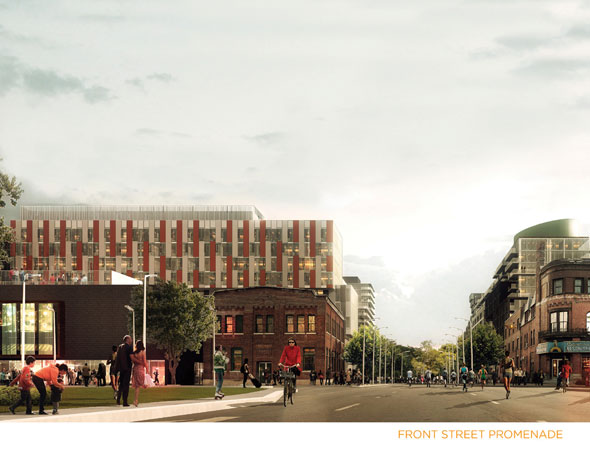 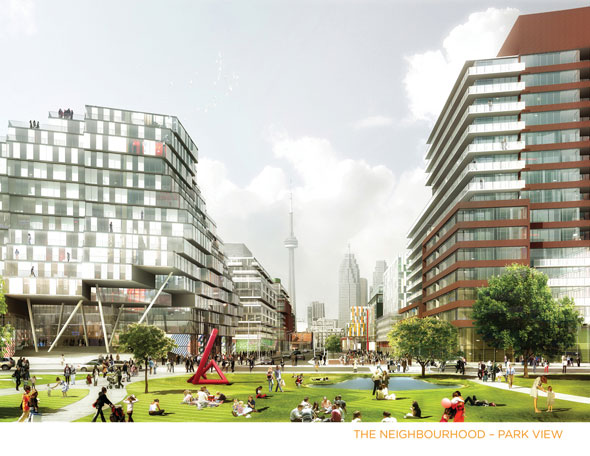