The history of the high-speed TurboTrain in Toronto

A Via Rail train takes between five and six hours to make the trip from Toronto to Montreal. It could have been so different.

In 1968, CN Rail debuted the TurboTrain, a monster of a locomotive capable of making the journey between the two cities in just two hours. It was poised to make Canada a global leader in rapid transit.

Unfortunately, as you might suspect, things didn't entirely go to plan.

The TurboTrain - or simply "Turbo" as it was called in early promotional material - was built by Montreal Locomotive Works and operated by Canadian National at a time when countries like Japan and France, now leaders in high-speed rail, were planning or tweaking their fledgling services. 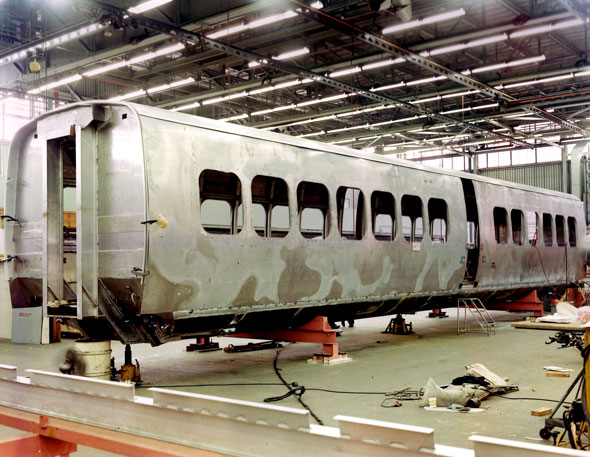 Built like an aircraft, the TurboTrain was the first of its kind in North America to utilize aluminum alloy and proper streamlining.

The large, distinctive nose-cones on the front and rear "power domes" were designed to slice through the air while recessed doors and windows created less drag. In total, each seven-car unit weighed just 185 tons, a third less than diesel trains of the time. 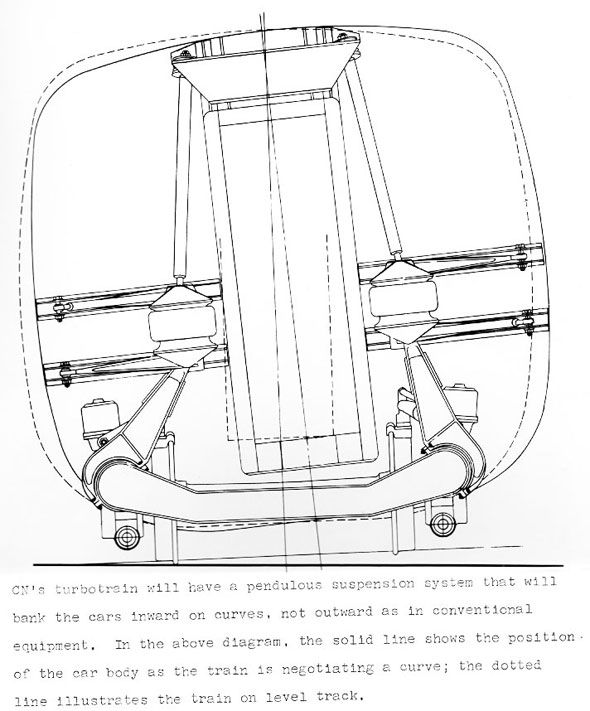 Illustration explaining the mechanics of the TurboTrain.

Unlike Via Rail's present fleet, passenger doors were in the middle of each car. The semipermanently-connected carriages shared special wheel sets at the coupling point that allowed the train to lean into bends - counter to centrifugal force - for faster cornering without nauseating passengers.

Four were used to power the locomotive, one provided electricity for the interior. On the test track, the TurboTrain was capable of 274 km/h but in service it would often only be allowed to reach half that. 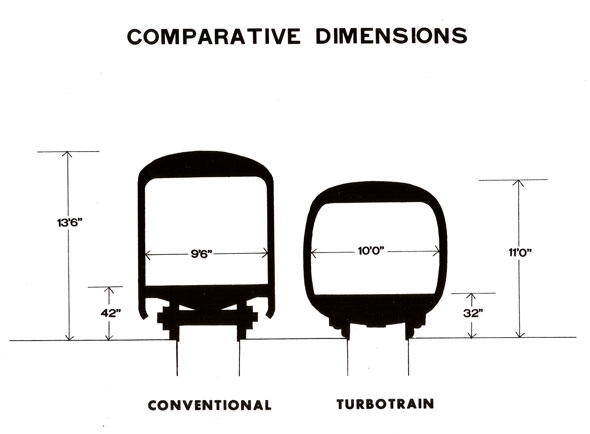 Comparing a regular passenger train to the TurboTrain.

Though speed was the TurboTrain's main purpose, the new service aimed to provide top-notch customer service, too.

The insulated and pressurized carriages shut out external noise and, according to a promotional video, the interior was lined with hand-spun fabrics.

The video makes a point of highlighting the train's "young and exciting" (and apparently all-female) hosts.

The women, all of them in their 20s, wore one of three uniforms during the Toronto to Montreal run. A red knee-length trenchcoat and white beret, a white blazer and matching skirt, or a black pantsuit for evening meal service.

The "TurboClub" cabin in the dome at the front and rear parts of the train was where the real luxury was to be found. 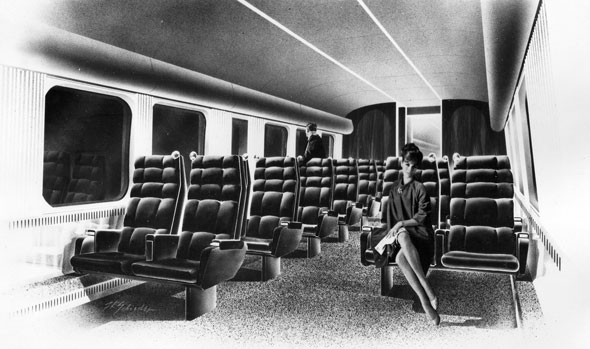 The proletarians in the rest of the train had to make do with microwaved snacks from the catering car where, the excited promo boasts, "hot food specialties [are prepared] in a matter of seconds!"

The menu was, apparently, "tested in experimental food labs" but looked suspiciously like airplane food.

During the TurboTrain's inaugural run from Toronto to Montreal in 1968, while packed with reporters, the locomotive struck a meat van at a level crossing near Kingston.

Although no-one was injured and the train suffered only superficial damage, this was to be the first bump in a series of issues for the new service.

Soon after clocking a Canadian record 226 km/h near Gananoque, Ontario, the original TurboTrains began to suffer from technical problems.

The brakes froze in winter and the engine exhaust spat soot over the roof windows. In 1971, the erratic service was halted altogether while CN went back to the test track. 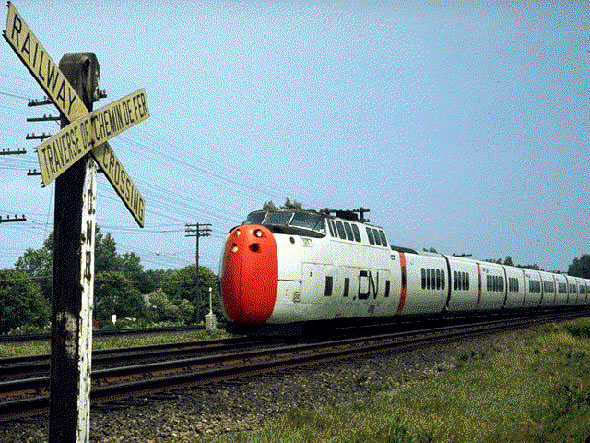 In June 1973, the service returned with longer, nine-car train sets. Spare power domes and passenger carriages were made into two, four-car trains and sold to the U.S., where Amtrak operated the same model of train.

Before either could be delivered, one of the units had to be written off after sideswiping a freight train in testing. As a result the purchase of the remaining unit fell through and the vehicles sat idle until a fire damaged one of the primary fleet in 1975.

In 1978, the trains were transferred to Via Rail, the company created to take over CN's passenger operations.

Crucially, control of the track itself remained with CN. Without the necessary authority, the Via-branded TurboTrains had to yield to slow-moving freight trains at every opportunity - a problem that persists to this day. 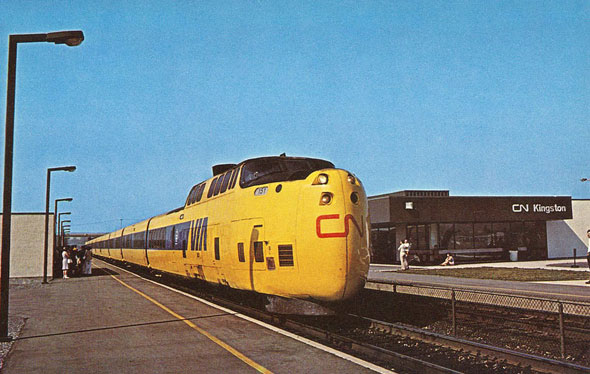 Level crossings were also a problem for high-speed locomotives on the line. Without a dedicated passenger track for non-stop, full-speed service, trains had to slow down significantly to ensure a safe passage through intersections with the road, adding crucial minutes to the travel time.

The trains sometimes had to stop completely to navigate CN freight services.

In fewer than twenty years after its introduction in Canada, the TurboTrain was withdrawn from service entirely, replaced by the hideous diesel LRC locomotives of the 1980s.

As if to deliberately erase the rapid-rail experiment, all of the remaining trainsets were scrapped, with none retained for posterity.

Though it eventually outran its technical issues - reaching 97 percent availability over its lifetime - still nothing travels near the speed of the TurboTrain on Canadian rails today.