Another week, another compilation of numbers and facts. This week we get the low down on the CNE's new high-flying chairlift, examine the ranked voting system that could be used in Toronto's mayoral elections come 2018, and check out some classic swims across Lake Ontario.

This week also marked the end of Toronto's month-long street piano art installation. "Play Me, I'm Yours," a touring project started by British artist Luke Jerram, placed 41 pianos (one for each of the countries that will take part in the 2015 Pan Am Games).

Here's pianist Marc Soares bashing out Scott Joplin's Maple Leaf Rag using several of the instruments and Craig Stickland's video for his song Leave Me On The Shelf that also features the project.

Seeing the CNE the Alpine way 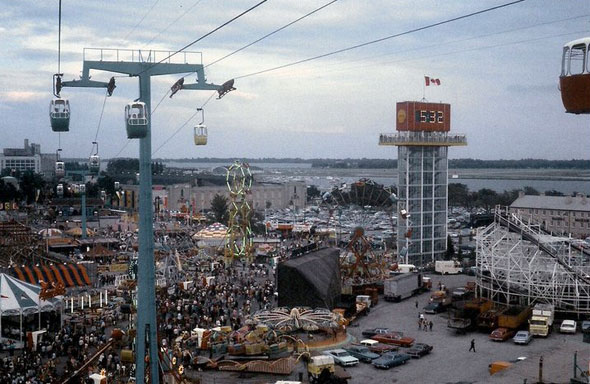 To the joy of many regular CNE goers, The Star reported this week that a new chairlift ride will be coming to the Ex this summer 18 years after the popular Alpine Way ride was dismantled to make way for what is now the Direct Energy Centre. The Sky Ride, a smaller version of the Alpine Way, will scoop up its first passengers on August 17.

Opened in 1966, the Alpine Way soared 31 metres above the Exhbition grounds at its highest point, providing sweeping views of the CNE, the city skyline and Lake Ontario. The Alpine Way was a Skyride model of chairlift manufactured by Breco Ropeways Ltd. The same company installed a similar chairlift in Montreal during Expo 67.

According to The Star, the old Alpine Way ran on a diagonal, 701-metre route from the Princes' Gate toward Dufferin Gate. It cost $710,000 to build and $40,000 to take down in 1994. CNE operations and sales manager Don Odbert smoked a cigar on the last ride. The Sky Ride runs 488 metres from the Princes' Gate to BMO Field and cost more than $1 million.

If you missed out on the Alpine Way, here's a video from 1992 showing the ride and parts of that year's Ex.

Get your priorities straight. Ranked voting could be coming to Toronto's mayoral elections in 2018 if council approves the new electoral system, currently under consideration by the executive and government management committees, in November.

In a ranked election, voters put candidates in order of preference on their ballot instead of simply checking a box next to one name. A candidate wins if they get more than half of all the first choice votes. If that doesn't happen, the person with the least votes is automatically eliminated and the second choice votes are distributed to the appropriate remaining candidates to find a winner. Phew.

Here's a list of places in North America that already use this electoral system: 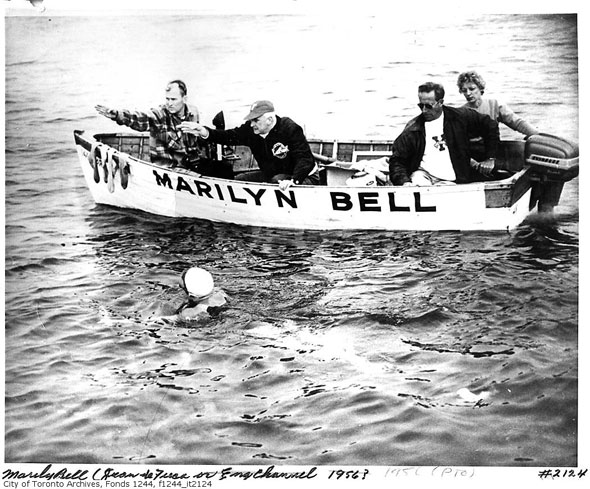 Ever since Marilyn Bell (pictured above in the Juan de Fuca Strait) crawled ashore exhausted at the Boulevard Club west of the CNE 20 hours and 59 minutes after leaving Queens Beach in Niagara-on-the-Lake on September 8, 1954, crossing Lake Ontario with muscle power alone has been the dream of many long-distance swimmers.

You might not realize it, but crossing the great lake is surprisingly common. A total of 63 people have completed journey successfully. In 1974, Cindy Nicholas set the record for the fastest crossing with a time of 15 hours and 10 minutes. This week, Madhu Nagaraja completed a crossing in 24 hours and 29 minutes. Swimmer Vicki Keith has crossed six times, the most of any individual.

Here are four the most popular routes:

Images: "play me, i'm yours" by Ian Muttoo in the blogTO Flickr pool, CNE Archives, City of Toronto Archives.