Sunday Supplement: Auctioning the Sutton Place Hotel, fixing the Port Lands, and saying farewell to Poetry on the Way

In this week's Sunday Supplement, we take a closer look back at the Sutton Place Hotel, one of 1980s Toronto's ritziest addresses, and the auction of its contents taking place this weekend to benefit Mount Sinai hospital and Toronto Community Housing.

Also on tap is a slightly gross look at the polluted soil of the Port Lands and a fond farewell to Poetry on the Way, the underground project that brought lyrical verse to subway trains.

This week's lead photo shows a cluster of portable toilets at a prairie-like Downsview Park. The military base turned concert venue and public park has played host to numerous bands and even a pope, twice. Pope John Paul II visited in 1984 and 2002. 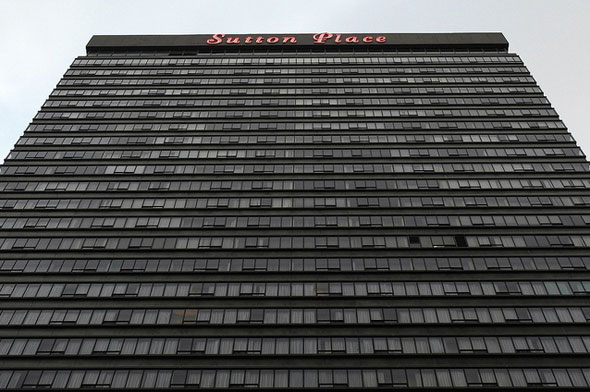 The Sutton Place Hotel at Bay and Wellesley saw its fare share of glitz and glamour during its 45-year tenure as Toronto's favorite haunt of the rich and famous. Michael Jackson, Sophia Loren and Ted Danson (you decide if they're in the same league) all made the place their home away from home. According to the National Post, the Cheers star had dinner parties at the hotel every Thursday.

This week, the building's new owners, Lanterra Developments, set about auctioning off the hotel's furniture and other accessories primarily to raise funds for Mount Sinai hospital but also presumably to clear out some of the clutter before the hotel rooms make way for condos. Here are some of the items up for grabs:

The auction runs from 12-5pm today and on Monday, Tuesday and Wednesday from 12-8pm at the Sutton Place Hotel, 955 Bay Street.

Sprucing up the Port Lands 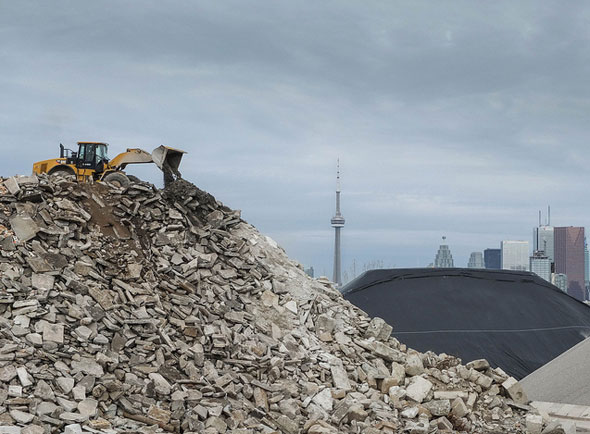 This week Waterfront Toronto released its latest plans for the future redevelopment of the Port Lands. On the menu: two riverside parks beside an improved Don River mouth, plenty of flood protection, and two areas of mixed-use development.

Trouble is, the project could take at least thirty years to complete. Part of the problem is the quality of the fill used to create the 400 hectare (988-acre) artificial plot the Port Lands stands on. Once Lake Ontario's largest wetland, the Port Lands is built on contaminated fill that contains, among other things:

Though not all of the material was contaminated when it was used (though some of it was), industry storage of coal, petroleum, salt and waste materials in the area have tainted much of the land.

According to Sandra Neill and Angela Plover from the Department of Physical and Environmental Science at the University of Toronto Scarborough, heavy metals, polycyclicand aromatic hydrocarbons, non-metallic inorganic compounds and volatileorganic compounds are commonly found in the Port Lands' soil. A special processing plant is able to wash some of the soil so it can be safely re-used. 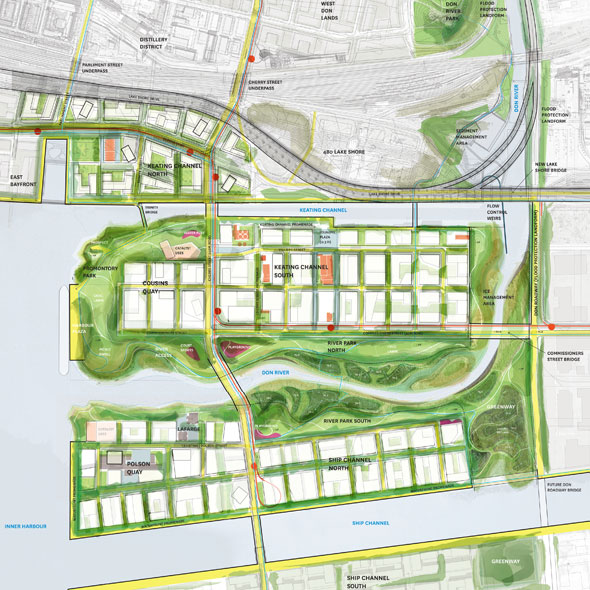 Farewell to Poetry on the Way...

Poetry on the Way, a popular 14-year-old art project that placed short poems aboard subway trains, vanished without a trace this week. The man behind the project, Denis Deneau, is also proving hard to track down.

Here's "Branch Line" by Gary Michael Dault, a poem that displayed by Poetry on the Way:

a leaf fell onto the floor
of the subway car

all the passengers
looked up at
the metal grill
the ceiling

every one of them
expecting to see the sky

Here's a video from 1995 advertising the CBC's first foray into online journalism. You can almost hear the dial-up connection screeching away in the background.

What we learned this week:

Images: "Little Houses on the Prairie" by [dscphoto], "The Sutton Place Hotel" by TO-news-sports, "Aggregate View" by BruceK in the blogTO Flickr pool.