FAD Condos is named for its neighbourhood — that is, the FAshion District. How clever, am I right? Slated for Queen and Spadina, this Tri-Win development project will rise 19 storeys with retail at ground level, offering residents a seat right at the foot of Chinatown and a spot in what a developer might call "the middle of the action." And tiny balconies — really tiny balconies. Here is a closer look at FAD Condos. 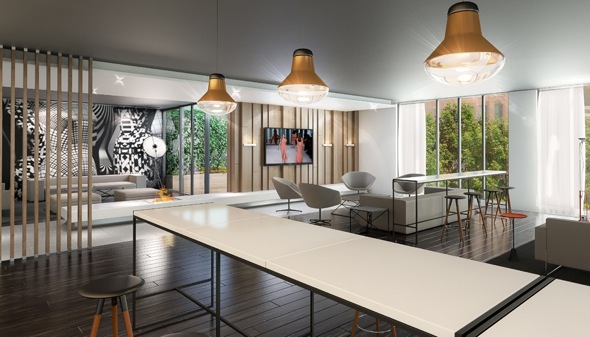 Oh, hey there, brick. Haven't seen you in a while. You wouldn't believe what some of these new glass towers are doing to our downtown sidewalks...

Yes, brick is back, bitches (and apparently, so is unsolicited name-calling). A nice return.

Onward; FAD has snagged some great real estate. Like, really good real estate. Would-be residents can enjoy easy access to two subway lines (with, granted, unruly traffic during rush hour), along with Chinatown shopping, Kensington Market exploration, Entertainment District nightlife, and plenty of great boutiques, cafes, and restaurants, all within walking distance. It's pretty centre-of-everything without being buried in a sea of hi-rises (as, say, in the Financial or Entertainment districts). This area of Spadina has managed to remain largely untouched by condo developers (wait for it...), meaning residents and/or investors can potentially get in ahead of the curve.

As for the units themselves — they're not too bad. Actually, dare I say: good? While I do spot some problems with a couple of the layouts (detailed in the next section), many have good-sized closets (some walk-in!), clear living and dining areas (as opposed to the dreaded "live-dine" box), and real bedroom doors (though just some). Many of the bedrooms, too, have space for more than just a bed; even in the uber-"cozy" 515 square foot units.

Also good: amenities have been kept to a minimum. Who needs a billiard room when you have Queen Street at your footsteps? 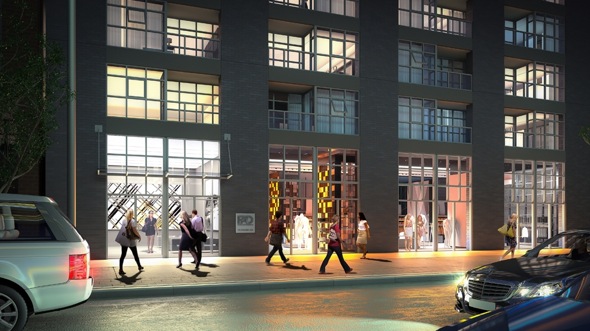 Is it really wise to name a multimillion-dollar project for a term that's colloquially used to describe fleeting popularity? I know I'm playing semantics, but I think it has to be said. Moving on...

I have mixed feelings about the external visage of the structure overall. The building is pretty nondescript when you take a step back, and comes off as fairly generic for an incredibly vibrant area of the city. Granted, it's better than the Blockbuster Video that used to stand in the space, but I would've hoped for a structure that could have better complimented the character of Chinatown in terms of aesthetics. That said, I recognize that any attempt to make the building look more "ethnic," "Chinese," "Guiyang-esque," or anything similarly terrible would have probably come off as incredibly tacky and cheap. So I concede, developers; it's pretty lose/lose.

Why are these balconies inset? Isn't the point of having a little exterior space (even if it is all of 35 square feet) to actually have a little exterior space? These units really aren't huge in their own rights — especially when it comes to the studios — so the least FAD residents should get is a little sunshine on their patios, no? And while I lauded some of the merits of unit layouts in the previous section, there are some unfortunate drawbacks.

For one, all of the "kitchens" in FAD units are nothing but walls of appliances with minimal counter space (speaking of fad...), and most of the balconies in two- or more bedroom units are only accessible through one of the bedrooms. That could make for many an awkward attempt at some midnight fresh air. 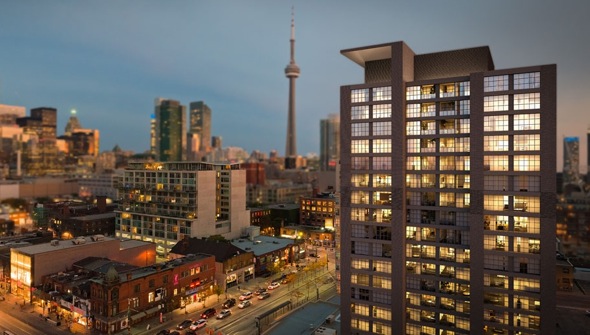