Get to know a street: Pharmacy Avenue

Pharmacy Avenue is usually viewed with universal indifference. It may be the fact that the road isn't especially picturesque, with rows after rows of 30-year old houses or blocky apartment units. It could be because most of what little businesses there are exist within outdated strip malls that seem to be begging to be rejuvenated. It may be because the road is neither big nor small, and awkwardly gets cut off by the 401 before continuing north (or south, depending on your perspective). Regardless of the reasons, not many people care (or even know!) about this medium-sized North-South street sandwiched between Victoria Park and Warden Avenue.

While I'm not going to wax poetic about how scenic the drive on this road is, I can definitely highlight some places worth checking out on and around Pharmacy Avenue, each of which has a community feel to it, which contributes to its own charm. Here are my top selections: 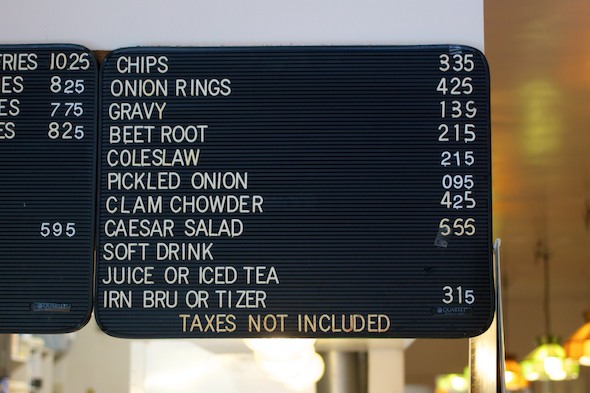 Hamish's Kitchen Restaurant (641 Pharmacy Avenue)
I don't really know who Hamish is, but he makes a mean fish and chips. Many people have asked me what I look for in a good fish batter, to which I usually say "I don't know how to describe it, but when I have it, I know it." Hamish's has it. Coupled with the old-school casual ambience, the tender fish with the light crispy batter always satisfies my craving for a good ole' chippy time. I'm pretty sure this place's owner isn't the original one (or maybe he is, I guess Asian people can be named Hamish), but that doesn't matter as the place still attracts many long-time fans and local residents. Their fried shrimp and scallops are also tasty if a bit greasy, but that's to be expected. While it won't make the Zagat list anytime soon, this is a great place to sit down and people watch to see how life must've been like 40-50 years ago. 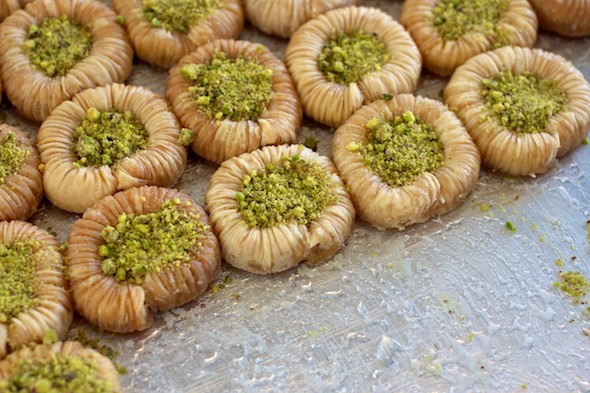 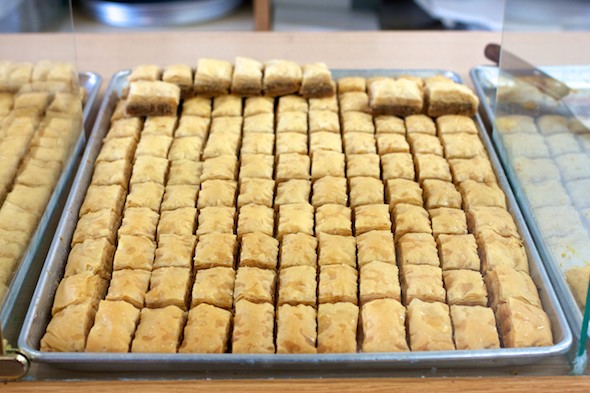 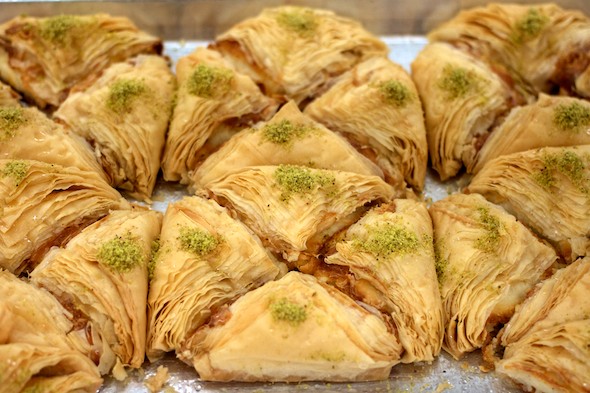 Patisserie Royale (1801 Lawrence Avenue East)
This rather unassuming bakery on the southwest corner of Pharmacy and Lawrence has been serving up a treasure trove of Lebanese and Syrian pastries for 15 years. Using only the finest ingredients, each pastry is handmade and baked, resulting in the rather indescribable-yet-definitely-present feeling of freshness in each bite. The clear highlight of the store is the moist baklava, which feels lighter than similar ones I've tried around the Danforth area, but one of the hidden gems that you must try is the kanafeh--a Middle Eastern cheese pastry with a delicate sweet taste that can be maturely and eruditely described as "oh em gee so good." 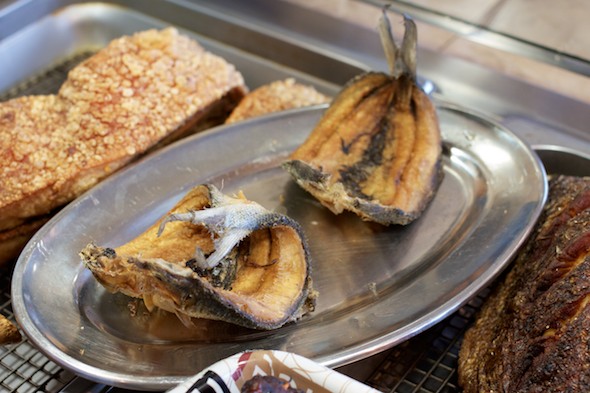 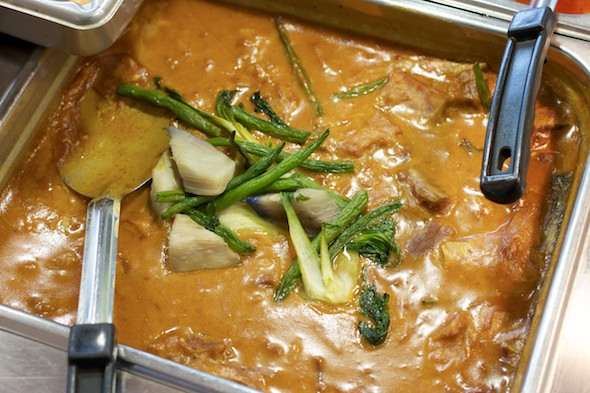 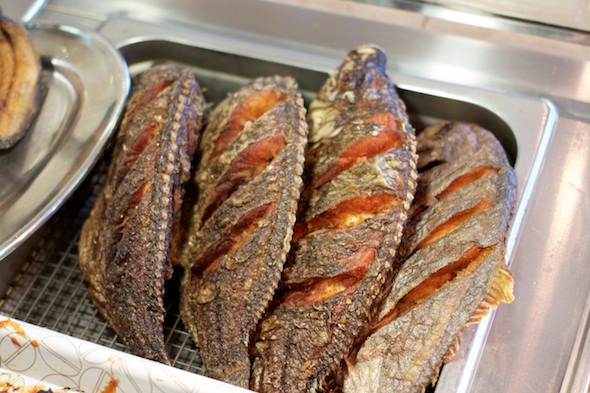 Co-China Manila (1840 Lawrence Avenue East)
Despite a name that sounds very much like a Chinese-Filipino export-import company, Co-China Manila is actually a Filipino-Chinese restaurant that opened around three months ago in the old Cucina Manila space. Run and operated by a Chinese chef (from China, not the Philippines) who has had extensive experience cooking in a Filipino restaurant, this modest but spacious restaurant offers a large selection of Filipino favourites, with some additional Chinese food selections. The sizzling sisig is rich and moist, while the lechon kawali is crispy and perfect on a bed of garlic fried rice. Impressively, they also have a facebook page where you can see more of their mouth-watering offerings. It may not be fancy, but damn does it hit the spot. They also do party trays.

Le CafĂŠ Michi (1802 Pharmacy Avenue)
This authentic Japanese (as in Japanese-owned and operated) restaurant is located, perhaps a touch unexpectedly, in a cramped corner plaza at Pharmacy and Sheppard. Walking inside, you will quickly realize that the cafĂŠ can seat a deceptively large amount of patrons (there is a second eating area in the back) and that the interior looks a lot more pleasant than then rather run-down exterior appearance of the strip mall. The prices aren't as cheap as the surroundings may suggest, but the food is extremely fresh and the in-house made cakes are a wonderful addition to the meal. I personally recommend the succulently tasty unagi don, with eel that is so fresh and flavourful you'd think you were having it at a 5-star hotel. All this adds up to a (surprisingly) good place to take a date, in which you could always quip, "I go for quality, not quantity." Deep. 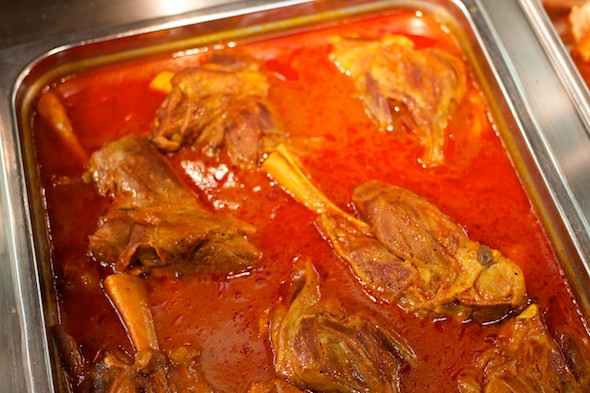 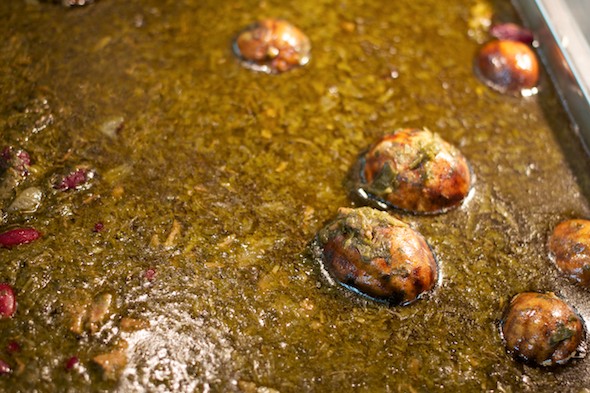 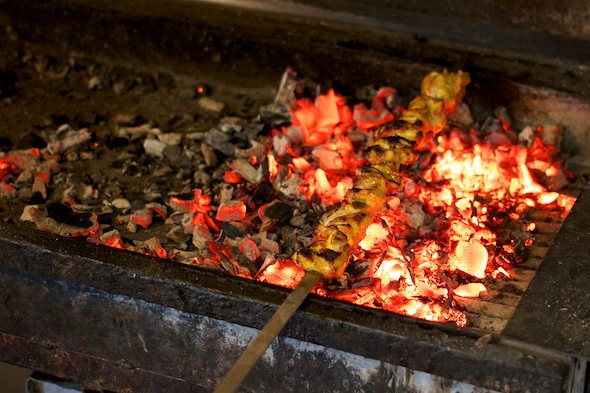 Nawzar Halal Meat (80 Ellesmere Road)
Definitely the hardest to find on this list for those who can't read Arabic (or at least I think it's Arabic), stepping into this place is like being transported to an old-fashioned butcher shop in the Middle East (or at least how the media portrays them - I realize I'm going by a lot of assumptions here). This Iranian meat shop offers a smorgasbord of halal meats, kabobs, and fragrant rice dishes. Their specialty is the tender lamb kabob, but they also stock an impressive array of Middle Eastern drinks and pre-packaged goods. Apparently Nawzar isn't even its official business name, but this is definitely what the place is popularly known as to locals and hardcore fans. Give it a try, as much for the food as for the experience. 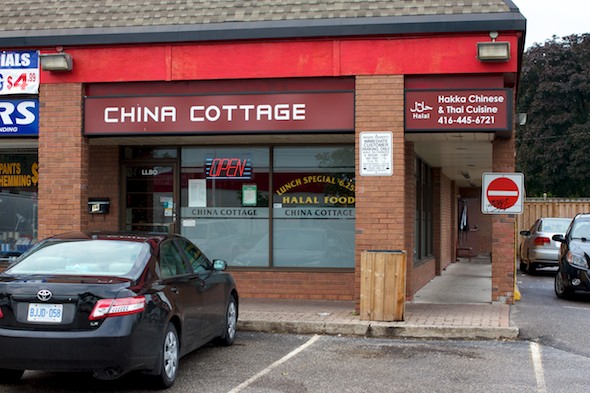 China Cottage (80 Ellesmere Road)
Located a literal stone's throw away from Nawzar is this rather small Indian-Chinese restaurant. Also having been listed on a best-of list (this time the Top 100 Chinese Restaurants according to the 7th Annual Top Awards, whatever that is) along with having the distinction of being the only Hakka restaurant to be nominated in Canada, this place provides a large selection of Indian-Chinese (Hakka) as well as Thai food in a rather nice and comfortable modern setting. Some must-tries are their very spicy and delectable Chicken 88, along with the fusion-hot Manchurian Paneer. Their Thai selections are also quite delicious, but their specialty is definitely in the Hakka camp. 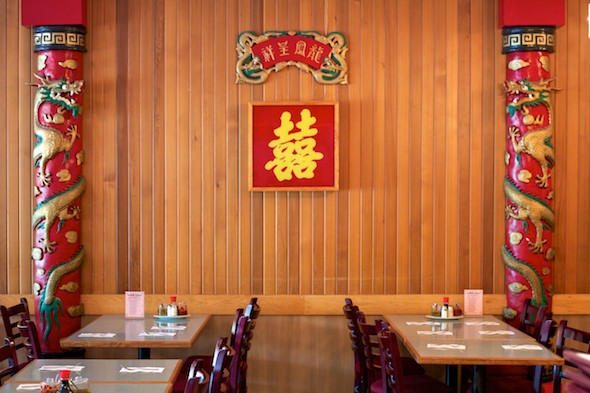 Lin Garden (1806 Pharmacy Avenue)
If China Cottage was all about Indian Chinese food in a peaceful setting, Lin Garden is all about the hustle and bustle at a value price. Serving Indian Chinese favourites like pakoras and chilli chicken, this longstanding restaurant's atmosphere is nothing to write home about, but the quantity and price of their offerings will guarantee that you will leave this place full and satisfied. Expect to see takeout lineups every weekend mealtime, while being entertained by the lively owner--a middle-aged Chinese lady that has lived in places as diverse as India and Germany which led to her impressive ability to converse in Hindi, German, Hakka, and English to name a few. Try their house special shrimp (yep, that's what it's called); it's unbelievably tasty and succulent.