The city's new, redesigned info pillars that have been rapidly popping up around Toronto have made plenty of enemies: road users claim the large, flat sides block sight lines, pedestrians say their positioning blocks sidewalks, and many others are concerned about the large amount of space given over to advertisers by Astral Media, the company that designs, installs and maintains the pillars on behalf of the city.

Well, no more. A team of artists, cARTographyTO, hacked into roughly 35 of the signs' ad spaces over the weekend and installed maps, artwork and other visual displays. The group, whose leaders want to remain anonymous while the art work is in place, say they want to bring the issue to the attention of the wider public and force Astral to reconsider the design of these info pillars, something they previously said they wouldn't do.

"We found [the pillars] to be quite offensive to our public spaces," a group spokesperson told me last night. "Their main purpose is advertising - they are basically billboards masquerading as information sources."

Using special tools, a co-ordinated team of workers cracked open the poster space, removed the ads (leaving any PSAs) and installed new material. The group used security screws to seal the work in place and slow down Astral's removal of the work, which, it seems, has already begun. 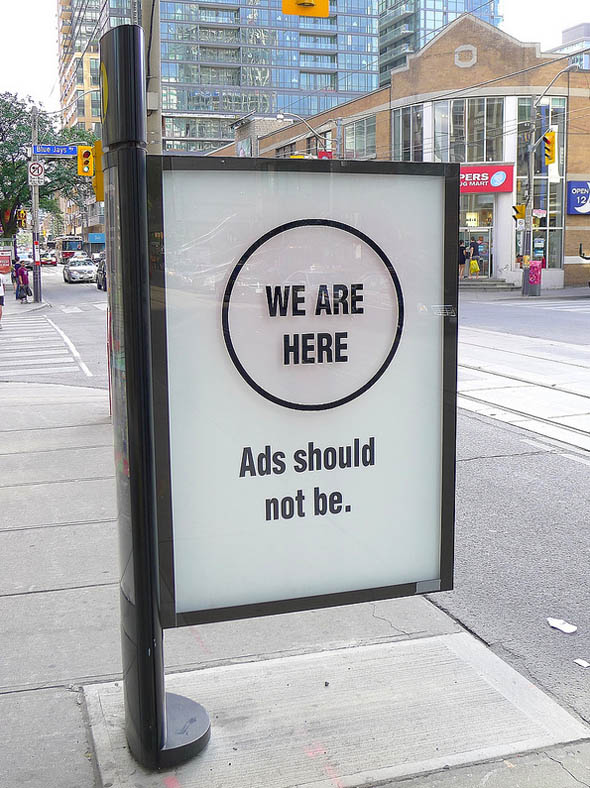 Several months in the making, CARTographyTO formed through word of mouth when the first pillars were sunk into the sidewalk: concerned citizens, artists and others with a creative streak came together with the desire to reclaim the lost public space in their neighbourhoods.

But it wasn't just the cumbersome design of the pillars that frustrated cARTographyTO's members - the methods Astral used to install the structures were also a major point of contention: multiple bike posts - some with bikes still attached - and, according to the group, a tree were cut down to make space on the sidewalk. The media group's contact with the city, which ostensibly provides a public service with small local maps, is lampooned in much of the guerrilla artwork's subject material.

Where there was once ads for beer and wine, hand-drawn local maps now guide visitors and locals around nearby streets. Other installations play on the uselessness of the ad space by adding a bench or riff on the sense that the city has sold portions of the sidewalk by adding real-life bouncers and a dress code. In that sense the project recalls an earlier info pillar intervention featuring a chalk board and the more recent hack job of Astral ad space at TTC streetcar stops. Overall, the plan is to reclaim the signs for genuine public service and provoke discussion. 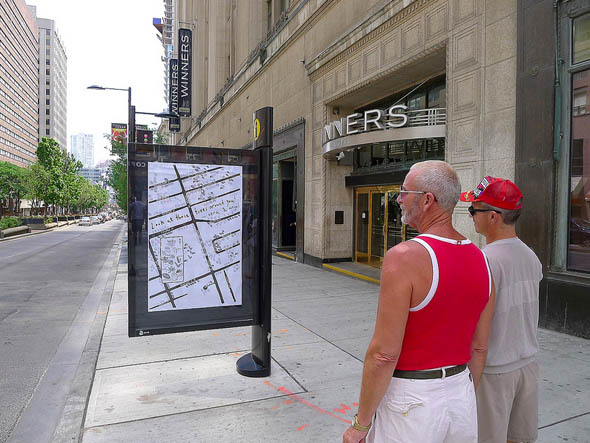 "It will be interesting to see [Astral Media's] reaction," the spokesperson continues. "It would really be in their best interest not to draw extra attention to it, because it will just bring bad press. We haven't spoken to a single person in favour of these things, everyone has been very supportive of what we're doing."

Hugues Mousseau, director of corporate communications and synergies for Astral Media, says in an email:

Apparently the company isn't concerned, but I would hardly call these ad replacements "isolated."

Astral Media has released a statement about the weekend's ad-busting:

"Astral deplores the acts of vandalism committed this weekend against the InfoPillars in the City of Toronto. The Toronto Street Furniture (TSF) program is a world class project that provides important services to residents of the City - including transit shelters, litter bins and public benches. It also creates revenue that is exclusively directed for reinvestment in city streets.

Only 16% of all structures in the program are ad bearing but they are essential to funding the construction and maintenance of an overall rollout of approximately 25,000 pieces. The TSF program will provide approximately $1 billion in value to the city over a 20 year contract (started in fall 2007). We have requested the Toronto police investigate these illegal acts and ensure that appropriate action is taken to enforce the law in this matter."

So, not happy. It will be interesting to see what (if any) action the police take. During my interview with cARTographyTO, they emphasized that the installation team were careful not to damage the info pillars in any way. It's probably in Astral's best interest to let this one go. 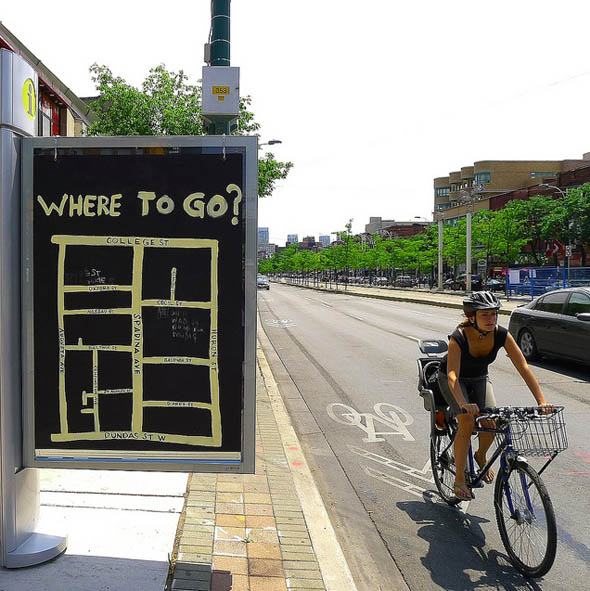 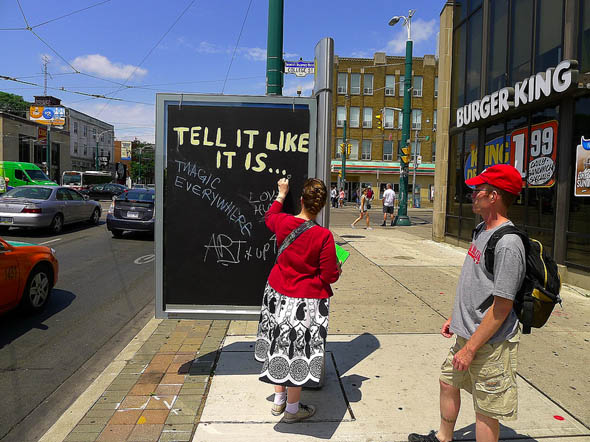 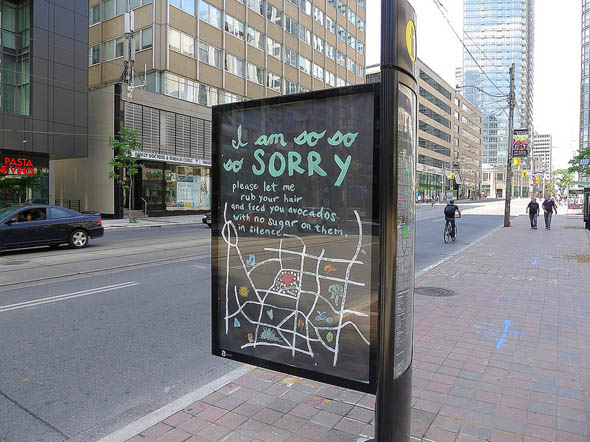 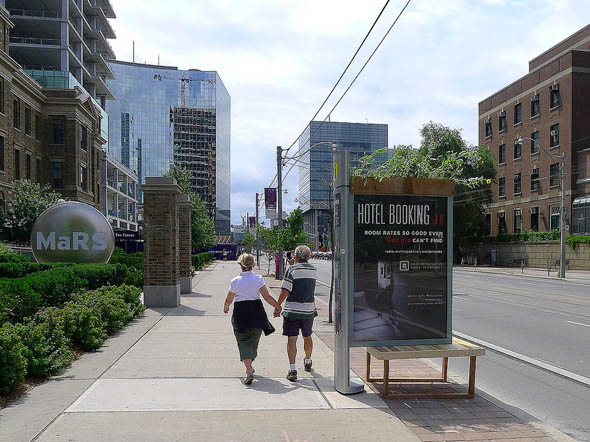 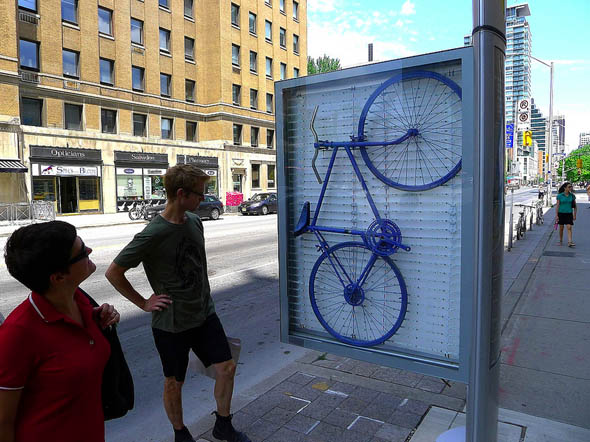 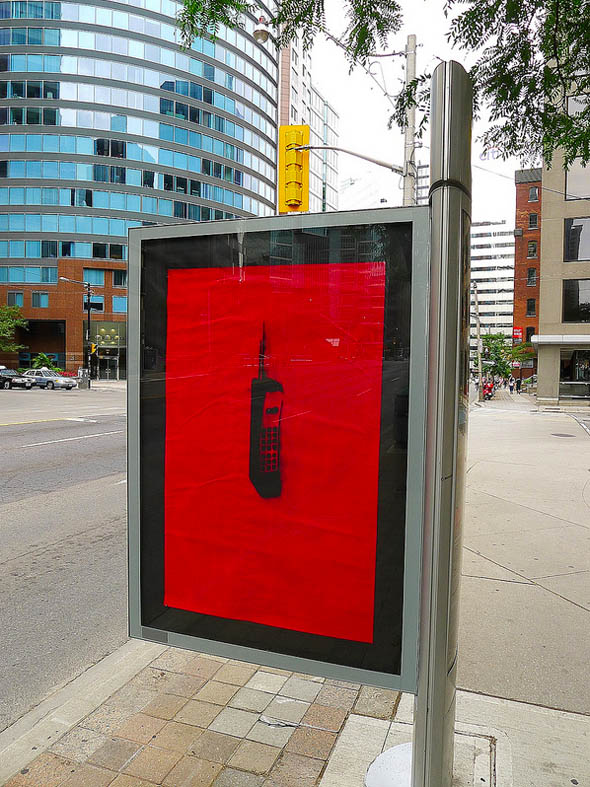 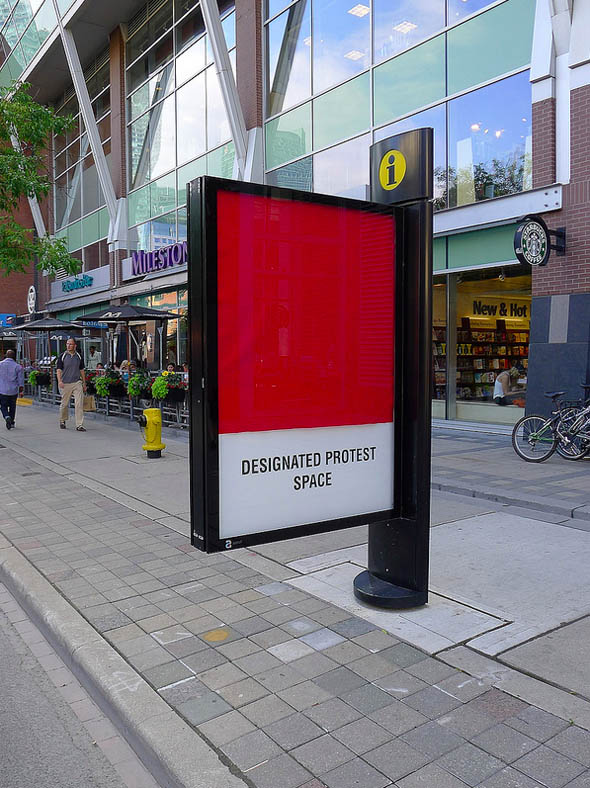 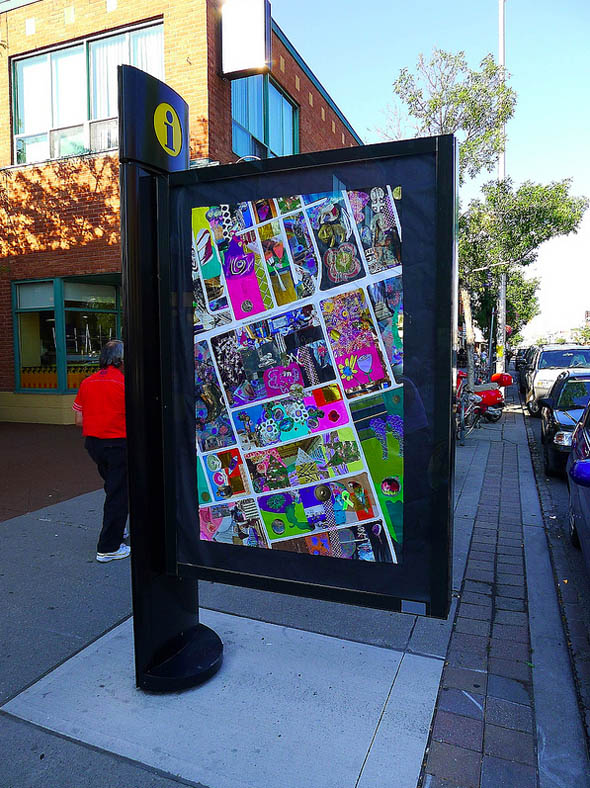 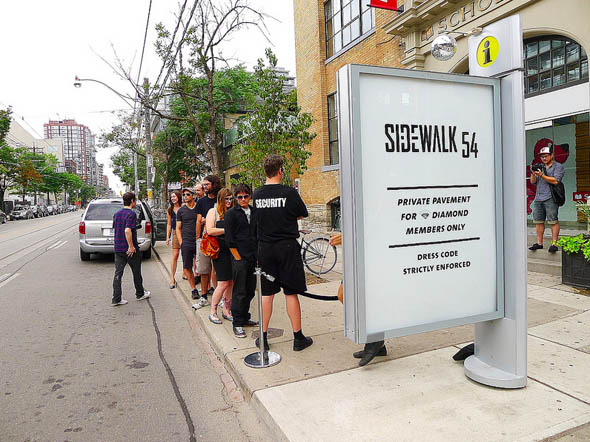 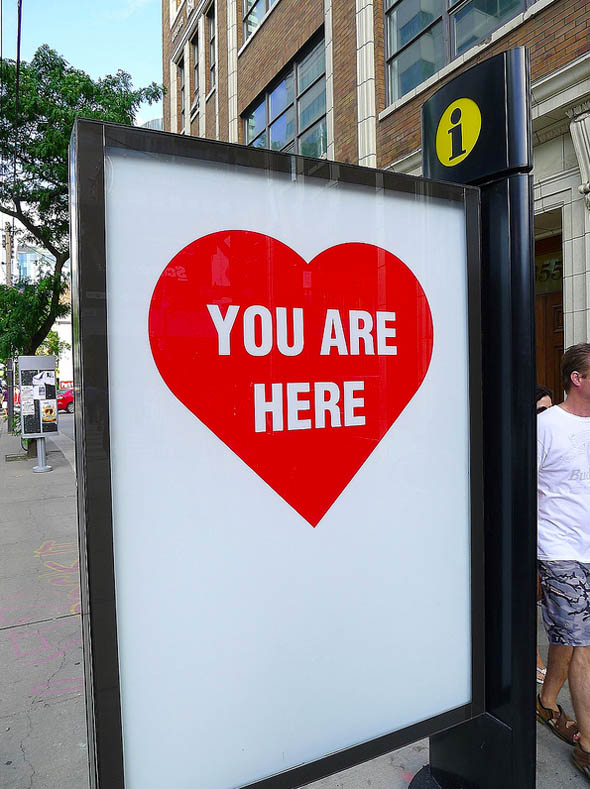 Photos: Lead image by emaninTdot in the blogTO Flickr pool. All others by Martinho. See more on Flickr here.