The lost world of miniature villages around Toronto

The allure of miniature villages has receded in modern times, perhaps because young people can now build, play and live in virtual worlds that dwarf even the most complex model builder's vision. Children of the '80s, however, were spoiled with them, and they left an indelible impression (possibly fostered by the intro to CBC's beloved The Friendly Giant?).

Tivoli Miniature World, (slogan: "Have big fun at miniature world"), was located in Jordan, Ontario, right next to Wet'N'Wild at Prudhomme's Landing. The CN Tower, Mount Rushmore, the Roman Coliseum, London Bridge and The White House were just a few of the 75 miniature reproductions built out of fiberglass on a 1/50 scale of famous international sites. 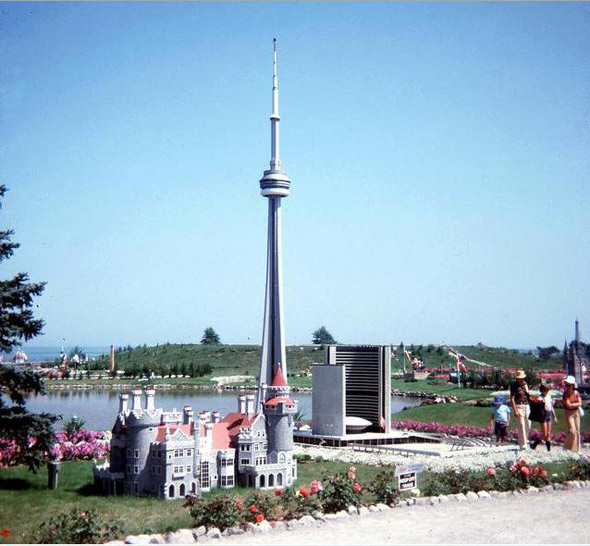 Tivoli inherited some pieces from Canadia, another miniature park from the 1960s that focused solely on Canadian structures. Due to dwindling attendance in the late 1980s, Tivoli moved its location closer to Niagara Falls near Ferry Street, but by the early 1990s it was closed. 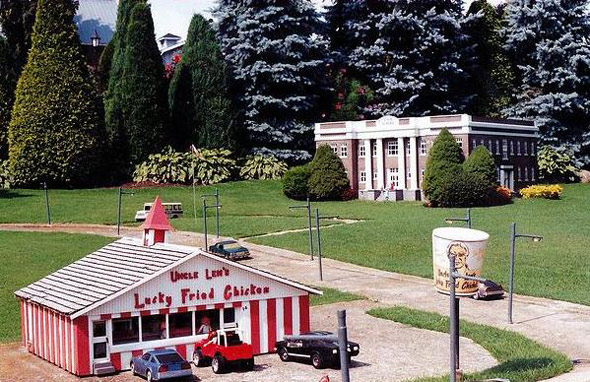 Meanwhile in Whitby, everyone who has visited will always remember the majesty of Cullen Gardens, with its colourful floral displays, bird sanctuaries, luscious gardens and most memorably, a southern Ontario-themed miniature village.

Opened in May 1980, Cullen Gardens & Miniature Village was a love labour of Len Cullen, father of horticulturalist boffin Mark Cullen. It was a major tourist attraction for Durham Region, offering the perfect summer day trip destination for bored kids and school trips, as well as a picturesque backdrop for weddings, and even the setting for a particularly exciting episode of The Littlest Hobo.

During the winter season, Cullen Gardens offered up the Festival of Lights, sleigh rides and much Christmas merriment. YTV famously chose Cullen Garden's Miniature Village as the locale to kick off 1993, sending PJ's Phil and Aashna there to fill out time between shows.

Sadly, Cullen Gardens closed in the mid-2000s, and it seems many pieces of the miniature village are either in a warehouse rotting away, or up for sale. If you can withstand a heady dose of sadness (and motion sickness), here is a video detailing what's left of Cullen Gardens from a few years back. 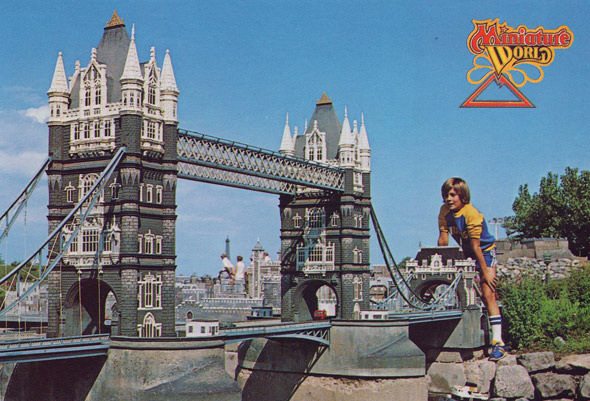 Tivoli and Cullen Gardens allowed us to be Gullivers in our own land of Lilliputians, and it stings to think there is nothing like them around for the restless kids of summer 2012 to marvel at.